OTHERS PRESENT:  Richard Knee; Anita Mayo; and other unidentified members of the public.

II. Public comment on matters appearing or not appearing on the agenda that is within the jurisdiction of the Ethics Commission.

Executive Director St. Croix stated that the Ethics Commission will continue to work with the Task Force to improve the Sunshine Ordinance complaint process.

DECISION POINTS 46 and 47
Commissioner Ward stated that Decision Point 47 appears to be a possible exception to the rule outlined in Decision Point 46.  He stated that it is possible to envision an instance in which filings are very late and he would like the Commission to retain some ability to review a waiver of a fine by the Executive Director.

Commissioner Gusukuma stated she wanted to ensure that there is language in this section that requires a Campaign Consultant to file monthly if he or she engages in lobbyist activities.

Deputy Executive Director Ng confirmed that any Campaign Consultant who meets the required thresholds required by the lobbyist ordinance would then qualify as a lobbyist and be subject to all requirements of the ordinance.

Executive Director St. Croix stated that one position will be cut in November.  The Commission is making some sacrifices, and already had mid-year budget cuts during the last fiscal year.  He also stated that the Mayor’s Office has assured the Commission that money the City borrowed from the public financing fund will be restored by 2011.

Chairperson Studley stated that the Commission will continue to address changes to the Sunshine Ordinance Regulations and Enforcement Regulations.

VII. Public Comment on matters appearing or not appearing on the agenda that are within the jurisdiction of the Ethics Commission.

Anitia Mayo stated that the Commission should develop a clear process to terminate a lobbyist who fails to pay the required registration fees. 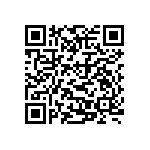 Scan the QR code with a mobile device camera to access the latest version of this document online:
https://sfethics.org/ethics/2009/07/minutes-june-8-2009.html