HomeCampaign Consultant Quarterly SummariesSecond Quarter 2009 Summary of Earnings and Activity of Campaign Consultants Registered with the City and County of San Francisco – March 1, 2009 through May 31, 2009

Second Quarter 2009 Summary of Earnings and Activity of Campaign Consultants Registered with the City and County of San Francisco – March 1, 2009 through May 31, 2009

Table 1 summarizes all reported activity by campaign consultants for the second quarter of 2009.  Filers are listed in alphabetical order.  Also reported are the total payments promised by clients and any political contributions or gifts to officeholders made by the filers.

Table 2 lists the name of the filer in alphabetical order, the filer’s clients, the services performed for that client, the payment promised by the client in the reporting period, and the payment actually received.  The table also indicates the total payments promised or received by all filers.  The payments promised by all clients to filers during the first quarter totaled $429,076.  The payments received by all filers from clients during the first quarter totaled $447,804.

Each filer must report economic consideration promised to or received by the filer during the reporting period from vendors and sub-vendors who provide campaign-related goods or services to the filer’s current clients.  Integrated Fundraising Strategies reported receiving $1,078.91 in reimbursements from its client, Dennis Herrera for City Attorney. 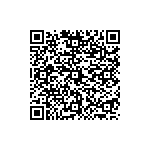 Scan the QR code with a mobile device camera to access the latest version of this document online:
https://sfethics.org/ethics/2009/07/second-quarter-2009-summary-of-earnings-and-activity-of-campaign-consultants-registered-with-the-cit.html