OTHERS PRESENT:  Charley Marsteller, and other unidentified members of the public.

III. Consideration of the renewal of the Netfile contract to be extended for an additional three-year term.

Motion 09-12-14-1 (Harriman/Ward) Moved, seconded and passed (4-0, Hansen absent) that the Commission finds that renewing the Netfile contract for an additional three-year term is the most efficient way for the Commission to provide electronic filing services related to the Commission’s campaign finance, financial disclosure, and lobbyist reports.

IV. Consideration of possible regulations to implement the Lobbyist Ordinance.

Deputy City Attorney Shen notified the Commissioners that a typographical error occurred in the memo citing the incorrect section of the code.

Commissioner Gusukuma stated that some contacts to City officials made by union members falls outside the exception of contract negotiations, and that the proposed regulation should be clear regarding what is and is not considered a contact.

DCA Shen stated that contacts by union members regarding anything not related to contract negotiations would be considered a contact for the purposes of the Ordinance.

Commissioner Studley stated that other contacts by union members are not prohibited; they are just considered as a contact under the Ordinance.

Information Technology Officer Massey stated in response to questions from Chairperson Studley and Commissioners Harriman and Ward, that the State of California also requires photos be published for lobbyists; the only difference is the State requires that the photos be in black and white.

Commissioner Studley stated that she wanted the regulation to be clear that a professionally-taken photograph is not required.

Commissioner Harriman stated that the language should be changed to “professional-like” quality photograph to clarify that the photo does not need to taken by a professional photographer.

Motion 09-12-14-5 (Harriman/Gusukuma) Moved, seconded, and passed (5-0) that the Commission adopt decision point 5 with the amended language of “professional-like” quality.

Public Comment
Charley Marsteller also inquired as to what the State’s standards were regarding lobbyist photographs.

Commissioner Hansen stated that in regulation 1.108-3 there is no definition of “campaign contingency.”  DCA Shen stated that the term is described in the code at section 1.108.

Chairperson Studley stated that there is no definition of “campaign trust account.”  DCA Shen stated that the term is also described in the Ordinance.

Deputy Director Ng responded to Commissioner Hansen that there has never been an instance in which a campaign purchased equipment with public funds.

DCA Shen clarified for the Commissioners that regarding regulation 1.143-2, the individual expenditure ceiling is raised only when the sum of both supportive and opposition spending exceeds $143,000.

Chairperson Studley stated that she is concerned that the material specified by the regulations that allow an individual to demonstrate San Francisco residency is insufficient.

Commissioner Harriman stated that the presumption is that the material presented demonstrates residency.

Commissioner Hansen stated that regarding the proposed examples in decision point 14, it should have wording the clearly explains the amount of the expenditure ceiling and incremental increases.

Motion 09-12-14-6 (Harriman/Ward)  Moved, seconded, and passed (5-0) that the Commission adopt all proposed decision points to the regulations implementing CFRO as amended, except decision points 3B and 11B.

Public Comment
Charley Marsteller stated that the public should have a clearer definition of what is considered residency, and that users of the voter pamphlet are different than online users.

Motion 09-12-14-7 (Harriman/Gusukuma) Moved, seconded, and passed (5-0) that the Commission adopt proposed decision point 3B as proposed by staff.

Commissioner Hansen stated that a word change from “the” to “a” should be made on regulation 1.134-3 addressing the voluntary expenditure ceiling in subsections two and three.

Motion 09-12-14-8 (Harriman/Gusukuma) Moved, seconded, and passed (5-0) that the Commission adopt decision point 11B with the amended language in subsections 2 and 3.

Executive Director St. Croix stated that all City departments have been asked to make a 20% cut with a 10% contingency cut to their respective 2010/2011 budgets.  He stated that the Commission should submit a budget request that neither increases nor decreases the budget from the current 2009/2010 amounts.

Commissioner Hansen stated that is a good strategy, but is concerned that there will not be an opportunity to increase Enforcement staff.  Executive Director St. Croix stated that the 2010/2011 request would include funds for a fourth investigator.

Commissioner Ward stated that it is not realistic to expect an expansion of Commission programs during this time of declining City revenues.

Commissioner Hansen stated that the budget proposal should include funds to televise Commission meetings.

Charley Marsteller stated that Enforcement appears to be able to handle its caseload currently.

The Commission went back into open session at 7:19 p.m.

VIII. Discussion and vote regarding closed session action and deliberations.

Discussion and vote pursuant to Ralph Brown Act, Government Code section 54957.1 and Sunshine Ordinance 67.12 on whether to disclose any action taken of discussions held in closed session regarding public employee performance evaluation.

Discussion and vote pursuant to Brown Act section 54957.1 and Sunshine Ordinance section 67.12 on whether to disclose any action taken or discussions held in closed session existing litigation.
Motion 09-12-14-11 (Harriman/Gusukuma) Moved, seconded and passed (4-0, Ward absent) that the Ethics Commission finds that it is in the best interests of the public not to disclose its closed session deliberations re: public employee performance evaluation and existing litigation.

IX. Minutes of the Commission’s regular meeting of November 9, 2009

Commissioner Hansen stated that the Report should notify the public of those individuals with outstanding fines owed to the Commission.

XII. Public comment on matters appearing or not appearing on the agenda that are within the jurisdiction of the Ethics Commission 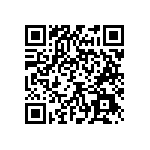 Scan the QR code with a mobile device camera to access the latest version of this document online:
https://sfethics.org/ethics/2010/03/minutes-december-14-2009.html