Others Present:  Unidentified members of the public.

Commissioner Hansen invited feedback from the other Commissioners to help determine if there is an interest in changing how the Commission conducts its outreach to the public.

Vice-Chairperson Harriman stated that any broad correspondence must be conducted in a fair manner.

Chairperson Studley stated that there may be mechanisms to send out correspondence to a wide enough audience so as to avoid the perception of bias.

In response to Commissioner Hur’s question, Information Technology Officer Massey stated that most unique visits to the Commission’s website are from sfgov.org users.

Information Technology Officer Massey stated that the Department of Technology expressed concerns that unsolicited emails to the public could result in the City being listed as a spamming organization.

In response to Commissioner Hur, Executive Director St. Croix stated that the Commission has held meetings at other times and locations.  He also stated that the matters of great public interest generate more attendance than routine agenda items.


Motion 10-07-12-2 (Harriman/Ward):  Moved, seconded, and passed (5-0) that the Ethics Commission finds that it is in the best interests of the pubic not to disclose its closed session deliberations.

VII. Minutes of the Commission’s regular meeting of June 14, 2010.   (Discussion and possible action.)

Commissioner Harriman stated there was a typographical error on page 7 in which a verb was needed to complete the sentence.

Executive Director St. Croix stated that the Commission had to make two small cuts in the budget that were part of an across-the-board cut to all City departments. 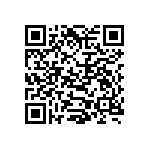 Scan the QR code with a mobile device camera to access the latest version of this document online:
https://sfethics.org/ethics/2010/08/minutes-july-12-2010.html