Chairperson Studley called the meeting to order at 6:05 PM.

OTHERS PRESENT:  John Arntz, Director of the Department of Elections; Mike Hennessey, San Francisco Sheriff; Charley Marsteller; Brent Turner; and other unidentified members of the public.

II. Consideration of the request by the Department of Elections for a determination by the Ethics Commission, under Charter section 13.104.5, whether a proposed Charter amendment that would increase employee contributions to the Retirement System, decrease employers’ contributions to the Health Service System and change rules for arbitration proceedings about City collective bargaining agreements will have a “material financial effect” on the Sheriff or uniformed personnel in his office.

Chairperson Studley thanked everyone for attending the meeting for this piece of urgent business.  Executive Director St. Croix stated that the Commission needed to make a decision under Charter section 13.104.5, determining whether a proposition in the November 2010 election would have a material financial effect on Sheriff’s personnel.  He stated that staff has not found that the proposition would create a material financial effect and its recommendation was made accordingly.  He recognized that John Arntz, Director of Elections, and Sheriff Hennessey were present at the meeting.  Chairperson Studley asked to hear from both of them.

Commissioner Hansen asked whether an arrangement could be made with another city.  Mr. Arntz stated that personnel could not be arranged from another city, as San Francisco is unique in that the Charter requires that the Sheriff’s office oversee the security for the ballots.

Sheriff Hennessey stated that he did not believe there would be a conflict, as the Sheriff’s department has provided security for the ballot for several years.  He stated that the proposition has a potential effect on all City employees.  He stated that the deputies will be and are well trained and will be told not to make any comments to any poll workers or the public regarding their personal feelings about this issue.

Executive Director St. Croix stated that a measure has a “material financial effect” on Sheriff’s Department employees under Charter section 13.104.5 when it (a) has some effect on the employees’ finances, and (b) the effect could be significant enough that it could interfere with the employees’ duty of loyalty to the City in providing security for the ballots.  He stated that nothing within the proposition has been negotiated yet.  He stated that the Commission should decide whether the proposed changes are enough to corrupt the Sheriff’s office.  Chairperson Studley stated that it is uncertain whether there will be a material financial effect, as the employee affected may change health plans and no one knows at this point how much the changes will cost.  She suggested asking whether the effect was material enough to override the sworn responsibility of an officer of the law.

Motion 10-08-26-1 (Harriman/Ward):  Moved, seconded and agreed (5-0) that the Commission does not find the proposed ballot measure will have a “material financial effect” on the Sheriff or uniformed personnel in his office.

Charley Marsteller stated that, before Prop E, custody of the ballots transferred from City employees to an officer of the court.  He stated that there is a reasonable presumption that the Sheriff’s office can be trusted to do this type of security work in a fair and efficient way.  He stated that the public created this body independently in order to establish objective review.  He agrees with staff’s analysis.

Brent Turner stated that he applauded the final decision of the Commission.  He stated that the Sheriff’s department was preferable to private companies for security issues.  He stated that the ballots should be counted at the precinct and that the City should move towards better systems in election reform.  Mr. Turner also submitted written comment, which is attached to these minutes.

Chairperson Studley thanked everyone in attendance, including department representatives. 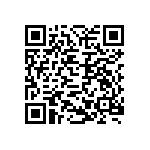 Scan the QR code with a mobile device camera to access the latest version of this document online:
https://sfethics.org/ethics/2010/09/minutes-august-26-2010.html