HomeCampaign Consultant Quarterly SummariesThird Quarter 2010 Summary of Earnings and Activity of Campaign Consultants Registered with the City and County of San Francisco – June 1, 2010 through August 31, 2010

Third Quarter 2010 Summary of Earnings and Activity of Campaign Consultants Registered with the City and County of San Francisco – June 1, 2010 through August 31, 2010

Table 1 summarizes all reported activity by campaign consultants for the third quarter of 2010.  Filers are listed in alphabetical order.  The total payments promised by clients and any political contributions or gifts to officeholders made by the filers are also reported.

Table 2 lists the name of the filer in alphabetical order, the filer’s clients, the services performed for that client, the payment promised by the client in the reporting period, and the payment actually received.  The table also indicates the total payments promised or received by all filers.  The payments promised by all clients to filers during the third quarter totaled $593,564.  The payments received by all filers from clients during the third quarter totaled $635,782.

Stefanie Roumeliotes (of SGR Consulting) was appointed as a Board member of the Golden Gate Park Concourse Authority on May 14, 2010 by her client, Mayor Gavin Newsom. 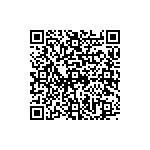 Scan the QR code with a mobile device camera to access the latest version of this document online:
https://sfethics.org/ethics/2010/10/third-quarter-2010-summary-of-earnings-and-activity-of-campaign-consultants-registered-with-the-city.html