OTHERS PRESENT:  Unidentified members of the public.

Chairperson Studley stated that the balance was a reasonable one and consistent with what the Commission has done in the past.  She stated that the budget discussions may be more difficult this year than any other year.

The following four committees were randomly chosen for audit from this pool:

The following three committees were randomly chosen for audit from this pool:

Ms. Shaikh and Chairperson Studley thanked the member of the public for her assistance.

V. Election of Chair and Vice-Chair.

Public Comment:
A member of the public stated that he had never attended a meeting before and asked to hear some more information about Commissioner Hur.

All four Commissioners present voted in favor of Commissioner Hur becoming Chair of the Ethics Commission for the next year.  Chairperson Studley congratulated Commissioner Hur and applauded his commitment to the people of the City of San Francisco.

Chairperson Studley stated that there are some matters that are meant to be confidential that the Commission hears in closed session.

Motion 11-02-14-3 (Hur/Ward): Moved, seconded and passed (4-0) that the Commission finds that it is in the best interests of the public not to disclose its closed session deliberations re: anticipated and existing legislation.

VIII. Minutes of the Commission’s regular meeting of January 10, 2011.

Chairperson Studley stated that she had one amendment to the minutes, regarding the first public comment under Item II of the agenda. She stated that the last sentence on the bottom of page 1 should be changed and staff agreed to make the appropriate changes.

Chairperson Studley advised that the Commissioners should advise the Executive Director or the new Chair about any items they wish to hear at a future meeting. 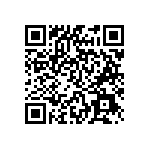 Scan the QR code with a mobile device camera to access the latest version of this document online:
https://sfethics.org/ethics/2011/03/minutes-february-14-2011.html