Chairperson Hur called the meeting to order at 5:32 PM.

MATERIALS DISTRIBUTED:
– Memorandum from the Executive Director re: Legislation to amend one-year post-employment restriction, dated April 6, 2011.
– Draft advice letter to Dr. Judy Melinek regarding whether paid expert testimony in a judicial proceeding in San Mateo County violates the Statement of Incompatible Activities of the General Services Agency.
– Report on San Francisco's Limited Public Financing Program.
– Draft Minutes of the Regular Meeting of the San Francisco Ethics Commission on March 14, 2011.
– Executive Director's Report to the Ethics Commission for the Meeting of April 11, 2011.

Judson True, representing Board of Supervisors' President, David Chiu, stated that the legislation is narrowly crafted and that the situation that this amendment addresses is a rare occurrence.

Responding to Commissioner Liu's question regarding the policy considerations of the amendment, Mr. True stated that the Board of Supervisors wanted to ensure the amendment was narrowly tailored and straight-forward.

Executive Director St. Croix read the proposed change to section 3.234 that would allow a mayor or a member of the Board of Supervisors to return only to a previously held City position.

Vice-Chairperson Studley stated that she was in favor of the narrow version which only allowed a mayor to return to his or her previously held City employment. She stated that it is important that the Ethics Commission adopt a change consistent with what the voters approved when they adopted this code section.

Commissioner Hayon and Commissioner Liu both separately stated that they also support the narrower provision.

Chairperson Hur also stated he supported the narrower provision. He also stated that the salary cap proposal would limit any risk of the interim mayor setting up a "golden parachute" while in office.

Commissioner Liu stated she was in favor of the salary cap option, and also stated that she would be in favor of including the members of the Board of Supervisors in the amendment with that cap.

Chairperson Hur stated that the inclusion of the Board of Supervisors was unnecessary.

Thomas Picarillo stated that voters are upset by this proposed change. He stated that this code section was a voter adopted provision and that any amendment must further the purpose of the chapter. He stated that the Supervisors made an illegal promise to Mayor Lee and that they are now asking the Ethics Commission to ratify that promise.

John Gollinger stated that he represented the organization San Franciscan's for Clean Government, and that he was surprised to learn of the proposal to include members of the Board of Supervisors in this amendment. He stated that this provision has remained unchanged since its adoption in the Charter in 1932, and that if the Ethics Commission approves the amendment it should consider including a sunset provision.

Chairperson Hur stated that the Ethics Commission is trying to be consistent with the will of the voters.

Commission Liu stated that after listening to the discussion and the public on this issue, she was not in favor of including members of the Board of Supervisors in this amendment.

Motion 11-04-11-1 (Studley/Ward): Moved, seconded and passed (5-0) to adopt the amendment as follows: Notwithstanding the one year restriction to Subsection (A), a former Mayor who was appointed to that office under Charter Section 13.101.5 to fill a vacancy shall be eligible for appointment to any City employment provided that (i) the former Mayor did not file a declaration of candidacy for election to the office of Mayor after being appointed to that office, (ii) the former Mayor was employed by the City immediately prior to assuming the office of Mayor, and (iii) the salary in the first year of the new employment shall not exceed the salary received by the former Mayor in the City employment that he or she held immediately prior to assuming office as Mayor.

IV. Consideration of letter to Dr. Judy Melinek, including formal written advice, regarding section III.B.3 of the Statement of Incompatible Activities of the General Services Agency, which prohibits employees of the Office of the Chief Medical Examiner from providing expert testimony in judicial proceedings unrelated to their official duties unless such employees receive and advance written determination that they may do so.

In response to Vice-Chairperson Studley, Dr. Melinek stated that she was only aware of the SIA requirements after it was implemented.

Deputy Executive Director Ng stated that the SIA could not be amended without going through the formal process.

Vice-Chairperson Studley stated that the Ethics Commission could ask the department to consider addressing and/or amending any problems with the SIA.

Chairperson Hur stated that Dr. Melinek appears to be an exceptional expert witness, but the Ethics Commission cannot provide the relief she has requested without the formal process to amend the SIA.

Adam Zapala stated that the SIA policy violates the First Amendment and that political speech is protected.

Chairperson Hur directed staff to consult with the General Services Agency regarding the SIA.

Chairperson Hur and Vice-Chairperson Studley both thanked Ms. Shaikh and her staff for the excellent work.

The Ethics Commission went into closed session at 7:17 PM.

Motion 11-04-11-3 (Studley/Ward) Moved, seconded, and passed (5-0) that pursuant to section C3.699-13, the Ethics Commission finds that it is in the best interests of the public not to disclose its closed session deliberations re: anticipated litigation.

The Ethics Commission went into open session at 9:57 PM.

VIII. Minutes of the Commission's regular meeting of March 14, 2011.

Executive Director St. Croix stated there were no highlights in this month's report. 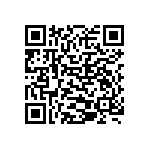 Scan the QR code with a mobile device camera to access the latest version of this document online:
https://sfethics.org/ethics/2011/05/minutes-april-11-2011.html