Chairperson Hur called the meeting to order at 5:37 PM.

MATERIALS DISTRIBUTED:
– Proposed amendments to the Statement of Incompatible Activities (SIA) for the San Francisco Public Library, dated May 4, 2011.
– Draft Minutes of the Regular Meeting of the San Francisco Ethics Commission on April 11, 2011.
– Memorandum re: policy priorities from the Executive Director, dated May 4, 2011.
– Executive Director's Report to the Ethics Commission for the Meeting of May 9, 2011.

Richard Hansen stated that he was speaking as a private citizen and that was not paid to be at the meeting. He stated that he had read things about the Snow Lake fiasco. He stated that, in recent months, there has been some discussion about how contractors have been selected at Treasure Island. He stated that he was concerned that individuals were being paid $500 for testifying at a public hearing. He suggested that City lobbyists should carry identification and gave an example of a medallion each lobbyist could wear. He also suggested that the lobbyist carry an envelope that stated how much s/he was being paid.

Paul Currier, a candidate for Mayor in 2011, stated that he was opposed to the adoption of the draft minutes of the April 2011 meeting. He reminded the Commissioners that they have a fiduciary duty to the voters of San Francisco. He disagreed with the Commission's decision permitting the current Mayor to return to his previous job.

Chairperson Hur stated that the Commission cannot address items not on the agenda.

III. Proposed Amendments to the Statement of Incompatible Activities (SIA) for the San Francisco Public Library.

Commissioner Studley stated that she anticipated that local and state conflict of interest laws would take care of most concerns. Ms. Bourne stated that the Library has a detailed collection plan. She stated that there are other documents that will be added to the SIA that would dictate how the Library spends its resources.

The Commissioners discussed hypothetical situations where Library resources could be misused, including where someone in charge of purchasing books from a particular publisher or choosing an exhibit for the Library may have a conflict with the proposed vendor(s). Ms. Ng stated that all officers and employees are also subject to the Political Reform Act and would therefore be prohibited from engaging in a governmental decision in which s/he had a financial interest.

Commissioner Ward stated his opposition of eliminating the SIA provisions for the Library. He presented a situation where someone may be responsible for making decisions regarding a particular vendor, where s/he may be moonlighting for that vendor.

Ms. Ng stated that the general conflict of interest rules govern financial activities of City officers and employees. She stated that the SIAs go beyond those general rules and deal with the use of City resources. She presented an example of what is included in an SIA that is not included in the local conflict of interest laws: no one can be paid by a third party for performing his/her City job.

Commissioner Ward expressed concern that someone (ex. City purchasing agent) would have a financial interest due to being a consultant for a vendor. Ms. Ng stated that there are narrow exceptions, but that person would have a conflict of interest. She stated that if someone receives a gift of $420 or more or $500 in income from a source or an investment of $2,000 or more in a source, that person is prohibited from engaging in a governmental decision regarding that source. Commissioner Liu asked whether that person would be required to disclose that financial interest. Ms. Ng stated that that person would be required to disclose it in either meeting minutes or in the file.

Chairperson Hur asked what in the SIA did not meet the original expectations of the Library. Ms. Bourne stated that the Library administration was completely different in 2004, when it was discussed. She stated that there was not a lot of staff input at that time and that the SIA now prohibits reasonable activities. She gave an example of a staff member who is an artist in the community. She stated that this staff member is part of a residence that requires participation in art exhibits, which is banned by the SIA.

Chairperson Hur asked what indication Mr. Pilpel had that it is no longer needed. Mr. Pilpel stated that the Library had some legitimate concerns, such as the artist's living situation or someone who has written a book. He stated that, in those cases, there is not a concern of undue influence or that the activity should be deemed incompatible. He also stated that he was not being paid to make these statements.

Commissioner Studley asked what the Library Commission's role was in the changes. Ms. Ng stated that the approval of the various commissions was not necessary, but that there were many changes and meetings from 2004 to 2008, when the SIAs were adopted. She stated that what was approved in 2004 is not the same version that exists today. She stated that if the commission decides to approve the changes, then the draft version could be provided to the Library Commission.

Chairperson Hur asked whether any of the instances involved officers of the Library. Ms. Bourne stated that none of the Commissioners or the City Librarian was involved in any of these instances. Chairperson Hur asked whether the Library would object if the SIA were restricted to officers only. Ms. Bourne stated that she would want to review that idea, but the intent of the revisions was for the employees.

Chairperson Hur stated that the perception issue is a concern. Commissioner Ward stated that he would only support changes if SIA provisions remained in place for the Library officers. Mr. St. Croix suggested changing the language for employees and leaving the SIA provisions for Commissioners and the City Librarian. Commissioner Liu asked whether the advanced written determination process would still exist, and, if so, who would sign it for the City Librarian. Ms. Bourne stated that the Mayor would approve that request. Mr. St. Croix stated that he anticipates this matter being revisited at the June meeting.

Executive Director St. Croix stated there had been a drafting error in the agenda and, in the abundance of caution, this item has been cancelled.

Commissioner Studley made a correction on page 4 regarding the name of a speaker, Mr. Zapala.

Commissioner Studley stated that she agreed with the list, especially the first priority, as there is a challenge with this year's race. Chairperson Hur agreed. Mr. St. Croix stated that the office could become very busy based on Supreme Court decisions. Commissioner Liu asked whether there are any proposal before a court decision is made. Mr. St. Croix stated that he would propose ideas depending on what the outcome is. He stated that the source of legal advice on this topic would be from the Oakland City Attorney's office.

Motion 11-05-09-02 (Studley/Ward): Moved, seconded, and passed (4-0; Hayon absent) that the Commission adopt these priorities for the coming years.

Public Comment:
David Pilpel stated that he was supportive of these priorities.

Executive Director St. Croix stated that he had already mentioned the expectations for the budget.
He apologized for brevity for the meeting. He stated that staff anticipated the continuation of a hearing and that he expects a longer meeting in June. 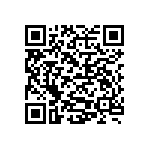 Scan the QR code with a mobile device camera to access the latest version of this document online:
https://sfethics.org/ethics/2011/06/minutes-may-9-2011.html