Chairperson Hur called the meeting to order at 2:00 PM.

Commissioner Liu stated that she does not take waiver requests lightly, but there is a need to balance the purpose of the code and the right of an individual to pursue employment. She stated that the code has a built in exemption for hardship and that Mr. Shoemaker meets the factors to grant the hardship exemption.

Commissioner Hayon stated that given the small field of employers, Mr. Shoemaker is unduly restricted in pursuing employment outside of government in this field. She stated that it is important to keep families in the City and that Mr. Shoemaker has met the conditions to grant a waiver.

Chairperson Hur stated that it is important to consider how extreme the hardship must be before granting a waiver under that exemption. He stated that it is unclear what the dichotomy is between not granting the waiver and Mr. Shoemaker leaving the City to find employment.

John Stewart stated that his company builds affordable housing in the City and he has known Mr. Shoemaker for many years. He stated that the field is very specialized and it is likely that the best candidates to go into the non-profit sector would be those in government who understand the laws. He urged the Commission to approve the waiver.

Chris Block stated that he has been in the affordable housing community for over 20 years and that a very limited number of similar positions ever come available. He urged the Commission to approve the waiver.

Charley Marsteller stated that the original ban on employment was for two years. He stated that Mr. Shoemaker has a high sense of integrity.

Vice-Chairperson Studley stated that she does not know Mr. Shoemaker, but that she works for an organization that advocates for affordable housing. She stated that she does know Ms. Spaulding. She also stated that the Commission should set a future agenda item regarding The application of the extreme hardship standard. 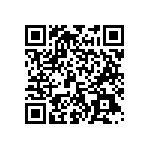 Scan the QR code with a mobile device camera to access the latest version of this document online:
https://sfethics.org/ethics/2011/07/minutes-june-28-2011.html