The Ethics Commission is pleased to present this report on the activities, progress, and accomplishments of its sixteenth year of operation to the Mayor, Board of Supervisors, and citizens of San Francisco.

The Ethics Commission serves the citizens of San Francisco, City employees, elected and appointed officials, and candidates for public office by enforcing the City’s governmental ethics laws, providing education about their provisions, and serving as a repository for information.

The Commission is pledged to a high standard of excellence in government accountability, and to that end has worked not only to implement the law, but also to amend existing law or create new law that will further the principle of the voters’ right to know and to ensure integrity in government decision-making and in the campaigns of those who wish to govern.

Highlights of the Sixteenth Year

The Commission delivered a diverse array of work products and services to the citizens of San Francisco, managing to meet its mandates during a year of budget cutbacks and other resource limitations:

Mandates and Accomplishments of the Commission

The Commission is managing to meet its mandates with 17 staff members, down from the 18 staff members who were present three years ago.  Incremental budget decreases have led to a loss of staffing.  The Commission manages to meet solidly its obligations but is limited in the number and scope of new initiatives and improvements that it can make due to budget shortfalls that currently affect all of City government.  While accomplishments are not as sweeping as in prior years, the Commission managed to conduct its business and produce some new efficiencies and improvements.

On June 30, 2011, the Civil Grand Jury issued a report entitled “San Francisco’s Ethics Commission:  The Sleeping Watch Dog,” which is available at http://www.sfsuperiorcourt.org/Modules/ShowDocument.aspx?documentid=2860.  On August 12, 2011, the Commission issued its response, which is available at https://www.sfethics.org/ethics/2011/09/ethics-commission-response-to-the-2010-2011-civil-grand-jury-report.html.

The Commission regularly reviews the operation of the CFRO, enacts enabling regulations, and proposes substantive and operational changes.  It also advises on amendments proposed by the Board of Supervisors.

This year, staff has continued its review of the CFRO, and conducted two interested persons meetings about possible amendments to consolidate several of the reporting requirements mandated under the Ordinance.  These draft amendments will likely come before the Commission for review and discussion in October 2011.  Recently, at its July 2011 meeting, the Commission approved amendments relating to the City’s partial public financing program to place a cap on the amount of public funds that may be disbursed to each certified candidate.  This legislation is pending before the Board of Supervisors.

Earlier in the year, at its October 2010 meeting, the Commission approved changes to section 1.126 of the CFRO.  These amendments, if enacted, would allow campaign contributions to be made by individuals affiliated with non-profit organizations that contract with local agencies; allow such contributions to come from parties that contract with state agencies whose board members are appointed by local elected officials; refine the scope of the contractor contribution ban so that it applies only to contracts or a series of contracts worth $100,000 or more; and amend related filing and disclosure requirements.  At this point, the Board of Supervisors is not expected to consider these improvements and, therefore, they will not be enacted in the foreseeable future.

Under the Charter, the Commission serves as filing officer for five categories of local candidates and committees:

As filing officer, the Commission promotes compliance by candidates and committees and maintains records of reports filed.  It audits campaign statements and imposes late fines and/or penalties for failure to adhere to filing deadlines and reporting requirements.

Regular semi-annual filings for active committees occurred on August 2, 2010 and January 31, 2011.  Quarterly filing deadlines occurred on October 5 and 21, 2010 for committees primarily formed to support or oppose a ballot measure(s) not yet voted upon. The Commission reminded committees of the deadlines, sent out notices to delinquent filers, and posted reports on its web site, www.sfethics.org.

Staff continued tosend out advance notices through mail, email and phone calls in order to reduce the number of late filings.

(See discussions above.) The Commission will consider staff recommendations to amend the CFRO at its October 2011 meeting.

The Commission continued to provide trainings on Statements of Incompatible Activities. Also, during the year, the Commission approved:

Beginning in February 2011, the Commission began the administration of the public financing program for candidates for Mayor in the November 2011 election.  For the FY 10-11, the Commission disbursed a total of $2,686,699 in public funds to eight eligible mayoral candidates.

The Commission conducted several trainings and provided other outreach on the supervisorial and mayoral programs.

Elected officials, department heads, and members of decision-making boards and commissions file the SEI, Sunshine Ordinance Declaration, and Certificate of Ethics Training with the Ethics Commission to provide financial interest information and to verify that they have completed governmental ethics training.  Some original SEIs filed by elected officials are forwarded to the Fair Political Practices Commission, the state agency that regulates SEIs.

On the SEIs, filers list financial interests such as stocks, investment property, gifts, and income.  SEIs are public documents that provide financial interest information to ensure that public officials are not making governmental decisions that inure to their own benefit.

Both the Sunshine Ordinance Declaration and Certificate of Ethics Training verify that the filer has read the Sunshine Ordinance and watched the governmental ethics training video “Rules of Conduct for Public Officials.”  This training, found on the City Attorney’s website, provides information on governmental ethics laws, public disclosure rules, and public meeting requirements.  Customarily the Ethics Commission coordinates with the City Attorney’s office to present a revised training every two years.  The “Rules of Conduct for Public Officials” training was last hosted on March 2, 2009, and the next training will be provided sometime in spring of 2012.  In the mean time, filers may meet the requirements found on both forms by watching the most recent version available on the City Attorney’s web site or linked from the Commission’s web site.

The 693 SEIs, 414 Sunshine Ordinance Declarations, and 299 Certificates of Ethics Training filed with the Ethics Commission this year are available on the Commission’s website.  As of June 30, 21 members of boards and commissions did not file their annual SEIs.  (This number was reduced to three as of August 26, 2011.)

Lobbyists are required by ordinance to register with the City and file monthlyreports of any activity intended to influence local legislative or administrative action.  The Commission reviews lobbyist statements to ensure completeness and accuracy.

During its previousextensive review of the Lobbyist Ordinance, the Commission determined that it would move to an electronic filing format, which took effect on January 1, 2010.  This change has allowed for more timely filings and greater public access to each lobbyist’s disclosures.  The electronic database allows the public to conduct customized searches for information rather than laborious manual searches through paper filings.  Staff has worked with the filing system provider to streamline the electronic filing system and continues to listen to feedback by the public and registered lobbyists to ensure both users and the public are able to access the system with greater ease.

The Campaign Consultant Ordinance, passed in 1997, requires any individual or entity that earns $1,000 or more in a calendar year in exchange for providing campaign consultant services to register with the Ethics Commission and file quarterly disclosure statements.  The Campaign Consultant Ordinance is the result of a voter referendum and therefore is not subject to changes without additional voter approval.  A ballot measure with proposed amendments to the Ordinance will be on the November 2011 ballot.

Campaign consultants are required to report names of clients, services provided for those clients, payments promised or received, political contributions, gifts made to local officials, and other information.  Staff prepares a summary of the quarterly statements and posts the summary on the Commission’s website.  For the 2010-2011 fiscal year, there was an average of 33 consultants registered with the Commission and over $4.2 million in payments reported as promised or received.

The Ethics Commission has the authority to investigate complaints that allege violations of certain state and local laws that relate to campaign finance, conflicts of interests, lobbyists, campaign consultants, and governmental ethics.  In addition, the Whistleblower Ordinance directs the Commission to investigate charges of retaliation directed against complainants.  During the 2010-2011 fiscal year, staff resolved 20 cases.  This number does not include the myriad of other cases that come before staff but that were determined not to be within the jurisdiction of the Commission.  The Commission entered into six settlement agreements during the year.

The Commission’s commitment to educate the public about San Francisco's ethics laws and to support campaign reform and government accountability efforts is consistent with City and state policy.

In addition to in-person and web trainings, the Commission provides information to elected officials, members of boards and commissions, City departments, candidates, treasurers, lobbyists, campaign consultants, and members of the public about ethics-related laws and requirements on a day-to-day basis.

Compared to last year, staff conducted an additional 43 workshops.  Of the total 68 trainings provided this year, 58 were in-person trainings or meetings.   Ten trainings are videos available on the Commission’s website.

Because the Educator/Outreach Coordinator continued to administer the Statements of Economic Interests, Sunshine Ordinance Declarations, and Certificates of Ethics Training, all time-consuming tasks, resources were focused on producing online training videos that can be viewed anytime on the web.  This year, the Commission posted web training videos that range from 26 minutes to 56 minutes each.  The ten training videos on the web and in-person trainings have received positive feedback for their accessibility, usefulness, and ability to provide complex information in an approachable manner.

The Commission is charged with interpreting and applying the conflict laws under its jurisdiction, requiring that it consider requests for waivers, which it routinely does, and that it issue formal and informal written advice on matters requiring interpretation.

Commission staff is available each workday to answer public inquiries about San Francisco ethics laws.  During the course of the year, the number of inquiries runs into the hundreds.  In the fiscal year, the Commission issued three informal advice letters, one relating to conflicts of interest, a second relating to the Lobbyist Ordinance, and a third relating to the Campaign Consultant Ordinance.  All of the Commission’s advice letters are available on its website.

During the winter, Commission staff actively worked with the Fair Political Practices Commission Chairman’s Task Force to make recommendations to support paperless electronic filing statewide. In January 2011, the Commission enhanced its Interested Persons E-mail List to allow the public to sign-up on the Commission’s web site and receive automated notices.  A month later, the Commission launched an on-line payment system to pay fines, settlements, and registration fees by credit/debit card or e-check.

The Commission also made use of a variety of social networks and on-line services to disseminate information to the public including:

The Commission is charged with making policy recommendations on issues under its jurisdiction.  The Commission endeavors to create new legislation that makes campaign finance and ethics laws and regulations more effective while being easier to comprehend and also works as a partner with the Board of Supervisors in effecting positive changes to the Administrative Code, the Campaign and Governmental Conduct Code and other statutes governing the City.  Policy Priorities adopted for this year include:

The Commission never stops reviewing campaign finance laws and regulations, consistently performs research and outreach on conflict-of-interest issues, and is always mindful of the need for quality enforcement.

The Commission is a member of the Council on Governmental Ethics Laws (COGEL) but due to budget limitations no longer attends the annual convention.

Commission membership was as follows:

The Commission will continue to fulfill its mandated duties in the forthcoming years, with a particular focus on achieving the following priority objectives: 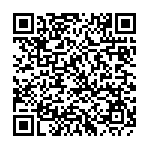 Scan the QR code with a mobile device camera to access the latest version of this document online:
https://sfethics.org/ethics/2011/09/san-francisco-ethics-commission-annual-report-july-1-2010-june-30-2011.html