Committees that receive contributions or make expenditures totaling $5,000 or more in a calendar year must file an electronic copy of each semi-annual, quarterly, pre-election and supplemental pre-election campaign statement at the same time as the paper copy is filed with the Ethics Commission. Such committees are required to continue filing electronic copies of campaign disclosure statements, regardless of the committee's level of financial activity, until the committee terminates. Controlled committees formed for county central committee elections are not required to file electronically.

F. What is the method of delivery for Second Pre-Election paper statements?

You may use personal delivery or Guaranteed Overnight Delivery to mail your Second Pre-Election paper filings on or before the October 27, 2011 deadline. Campaign statements mailed with any other delivery method will be deemed received on the date when the Ethics Commission receives the statement, not when it was postmarked. The postmarked date will NOT be considered the date of filing if the campaign statements are mailed by regular postal mail.

Under local law, all San Francisco general purpose committees, which include Independent Expenditure and Major Donor Committees, must file pre-election statements before any election held in the City and County of San Francisco at which a candidate for City elective office or City measure is on the ballot, if the committee makes contributions or expenditures totaling $500 or more during the period covered by the pre-election statement.3

As you may know, any person who makes independent expenditures, member communications or electioneering communications regarding a candidate for City elective office, may have additional filing obligations under San Francisco Governmental Conduct Code Sections 1.34(c), 1.152(a)(3), 1.152(b)(3), 1.116(b), 1.161.5 and 1.160.5. Some of these requirements require committees to provide notification to the Ethics Commission within 24 hours of distributing communications. Please see the Third Party Disclosure Form for more information.

The 16-day period immediately preceding an election is called the Late Reporting Period. For the November 8, 2011 election, the Late Period covers from October 23 through November 7, 2011. During the period, you may be required to file additional reports, as described below.

6. Requesting SFEDS ID and Password on weekends during the Late Reporting Period

To obtain a SFEDS ID and Password during the weekends of the Late Reporting Period (10/23/2011-11/7/2011), you must email the Ethics Commission the "SFEDS Account Registration Form" and a 410 Statement (if a recipient committee) to ethics.commission@sfgov.org by 10:00 AM of the day in which you want to receive the ID and Password. Staff will check this email and process any SFEDS account requests. Forms received after 10:00 AM will be processed the next day.

3 Any expenditure, including expenditures for overhead costs, counts toward the $500 threshold when determining whether a pre-election filing is due. 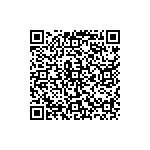 Scan the QR code with a mobile device camera to access the latest version of this document online:
https://sfethics.org/ethics/2011/10/courtesy-notice-october-14-2011-regarding-the-october-27-2011-pre-election-deadline-general-purpose.html