To: Ballot Measure Committees formed to support/oppose a measure that has not been
voted upon and that will not appear on the November 8, 2011 ballot

Re: Courtesy Notice regarding the October 31, 2011 Quarterly Filing Deadline

All ballot measure committees that are formed to support or oppose a measure that has not been voted upon and will not appear on the November 8, 2011 ballot must file a quarterly statement no later than October 31, 2011. 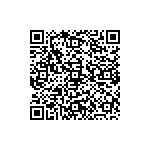 Scan the QR code with a mobile device camera to access the latest version of this document online:
https://sfethics.org/ethics/2011/10/courtesy-notice-october-18-2011-courtesy-notice-regarding-the-october-31-2011-quarterly-filing-deadl.html