Chairperson Hur called the meeting to order at 5:30 PM.

Patrick Monette-Shaw stated that the Commission has not scheduled a hearing on his two Sunshine Task Force referrals against the Ethics Commission and Controller.  He stated that Executive Director St. Croix should recuse himself from the matters.

Ray Hartz, who identified himself as the Director of San Francisco for Open Government, stated that the Civil Grand Jury determined that the Ethics Commission did not carry out its responsibilities related to the Sunshine Ordinance.  He stated that the Ethics Commission has knowingly thwarted the efforts of the Sunshine Ordinance Task Force.  [Mr. Hartz submitted a 150-word written statement, which is included at the end of these minutes.]

An unidentified member of the public stated that he has been kicked out of public meetings and not been given public documents.  He stated that someone should be held accountable.

III. Consideration of proposed amendments to the Statement of Incompatible Activities (SIA) for the San Francisco Public Library.

Donna Marion, Human Resources Director of the San Francisco Library, stated that the Library is asking that the Ethics Commission approve the SIA as it is presented.  She stated that the SIA has been revised to address the Commission’s concerns that it expressed at the May 2011 meeting.

Responding to Commissioner Liu, Ms. Marion stated that the Library Commission does not approve or involve itself in the approval of contracts with the Library.

An unidentified member of the public stated that the Library deals with a large number of vendors.  He stated that the exemptions being proposed could be done on a case-by-case basis.

David Pilpel stated that policies that are referenced in the SIA should be hyperlinked if the document is available online.

Responding to Vice-Chairperson Studley, DCA Shen stated that the conflict of interest rules that apply to all City employees are broader than each department’s SIA and serve to prohibit any self-interest in which the employee was part of the decision making chain.

Responding to Vice-Chairperson Studley, Ms. Marion stated that the SIA included the proposed   exemptions because there are currently numerous requests for exemptions on a case-by-case basis.  She stated that the biggest concern was allowing Library employees to be able to advance their own personal development when it comes to publishing their own creative work.

Vice-Chairperson Studley stated that if that was the biggest concern, then the provisions applicable to sales representatives, purchasers, and publicists could be left in.

Commissioner Liu stated that she agreed with Vice-Chairperson Studley particularly if the waiver process remained in place.

Chairperson Hur directed Ms. Marion to return with revisions of the SIA incorporating the changes discussed at this meeting.

IV. Consideration of possible amendments to the Campaign Finance Reform Ordinance (CFRO), San Francisco Campaign and Governmental Conduct Code section 1.100 et seq., related to the public financing programs for candidates for the Board of Supervisors and Mayor.

Supervisor Kim stated that she appreciated the Commission considering the various proposals in response the Supreme Court’s ruling regarding public financing.  She stated that raising the expenditure ceiling to $250,000 for Board of Supervisors candidates is supported by looking at past spending.  She also stated that it was important to advance the filing deadline to aid candidates to determine their viability.

Thomas Picarello stated that he opposed the increase in spending caps.  He stated that public financing of candidates comes out of the general fund and that the money could be better spent.

Steven Hill stated that raising the spending caps is appropriate and that approving an adjustable cap is legally risky, but agrees with the public policy of adjustable caps.  He stated that there could be a public perception problem with mandating incumbents to raise $5,000 more than non-incumbents in order to receive matching funds.

David Pilpel stated that he generally agreed with the proposed legislation but would change the filing deadline timing.

Supervisor Kim addressed several of the Commissioner’s concerns about the different qualifying amounts of incumbents stating that the Board of Supervisors was concerned with the perception that supervisors would be benefitting from legislation that they voted on, thus they raised the incumbent qualification amount by $5,000.

Motion 12-01-23-1 (Liu/Hayon):  Moved, seconded, and passed (4-0) that the Ethics Commission approve the amendments to the Campaign Finance Reform Ordinance related to the public financing programs for candidates for the Board of Supervisors and Mayor.

Executive Director St. Croix stated that the Mayor’s Office has asked each department for a 5% percent cut in the 2012-13 fiscal year and a 5% cut in the 2013-14 fiscal year with an additional 2.5% contingency cut.  He stated that he proposed presenting a budget in which the Ethics Commission maintains its current funding level to recognize the financial strains of the City but which also recognizes the Ethics Commission’s independence.

Chairperson Hur, Vice-Chairperson Studley, and Commissioners Hayon and Liu all agreed with the Executive Director’s proposal.

David Pilpel stated that the agenda does not indicate that this item discusses a two-year budget cycle.

VI. Minutes of the Commission’s regular meeting of December 12, 2011.

David Pilpel stated that the 150-word summaries should indicate which item the speaker addressed the Commission.

Executive Director St. Croix stated that he is working on securing a room and date for the joint meeting with the Sunshine Ordinance Task Force.

David Pilpel stated that the Cohen legislation had not yet had a hearing.

This statement was provided by the speaker, Allen Grossman, for agenda item II. The content is neither generated by, nor subject to approval or verification of accuracy by, the Ethics Commission.

“This Commission is the only city body empowered to enforce violations of public records laws.  Yet, from 2004 through 2011, when it held over 100 meetings, the Commission rejected all 26 public records enforcement cases sent it by the task Force without a single hearing or a single vote.

The only player in all those 26 dismissals over that 8-year period has been John St. Croix, its Executive Director.  Wrongfully using “ethics” Regulations default procedure, he handled the entire process from start to finish without the participation of any Commissioner, managing any staff investigations, determining whether there was “probable cause” for a Commission hearing, selecting the facts for his report and recommendation to the Commission and sending the so-called dismissal letter.  No hearing and no vote.  Case closed.

Since 2004, the public has had a constitutional right of access to public records.  Why doesn’t this Commission recognize that right?”

This statement was provided by the speaker, Dr. Derek Kerr, for agenda item II.  The content is neither generated by, nor subject to approval or verification of accuracy by, the Ethics Commission.

“Between 2005 and 2010, the Ethics Commission has “dismissed” 29 consecutive Sunshine Complaints.  This wrongly implies that the complaints were not valid and the Respondents were exonerated.

Your handling of Whistleblower Retaliation Complaints is similarly one-sided.  Every single Retaliation complaint has been dismissed in the 17 years since this Commission was founded.

Expert organizations like the Government Accountability Project, with 30 years of experience providing legal assistance for over 5,000 Whistleblowers, warn that; ‘…more than 90% of whistleblowers report subsequent retaliation’.
(www.whistleblower.org )

If experts say retaliation occurs in 90% of cases, why does this Commission report a retaliation rate of zero?

This summary statement was provided by the speaker, Dr, Maria Rivero, for agenda item II. The content is neither generated by, nor subject to approval or verification of accuracy by, the Ethics Commission.

“Two years ago we made 3 whistleblower complaints to the Ethics Commission:

Is this Ethics Decision Making?”

This summary statement was provided by the speaker, Ray Hartz, for agenda item II. The content is neither generated by, nor subject to approval or verification of accuracy by, the Ethics Commission.

“As documented in a recent Civil Grand Jury Report, this Ethics Commission has failed to carry out any responsibilities related to the Sunshine Ordinance.  Through this failure this Ethics Commission has sided with the City and against the citizens in every case where Public Comment was prevented and Public Records withheld.  Not only has this Ethics Commission failed in its duties, it has willfully and knowingly thwarted the efforts of the Sunshine Ordinance Task Force.  It has done this for years while misrepresenting its efforts as trying to work with the Task Froce.  It has been derelict in allowing the staff to dispose of every case without even a hearing.  The members of the Ethics Commission, after taking an oath to support and defend the California and United States Constitutions, has acted in ways that knowingly and willfully violate the Constitutional and Civil Rights of the citizens of San Francisco.” 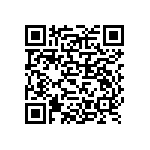 Scan the QR code with a mobile device camera to access the latest version of this document online:
https://sfethics.org/ethics/2012/03/minutes-january-23-2012.html