III. Proposed amendments to the Statement of Incompatible Activities (SIA) for the San Francisco Public Library.

Deputy Director Ng stated that staff’s memorandum included changes that the Commission had suggested during a previous meeting.  She stated that Jill Bourne, the Deputy City Librarian was present and available to answer questions, if necessary.

Commissioner Studley asked about Item D on page 3 of staff’s memorandum, which relates to exhibits booked into the Library.  Ms. Bourne stated that the exhibit envoy was one example and that exhibits are a small part of the Library’s overall operations.  She stated that exhibits go through the contracts process as well.

Chairperson Hur asked whether any for-profit entities book exhibits with the Library.  Ms. Bourne stated that she could not think of any specific examples and that the Library works mostly with exhibits that move around the country, like those from the Smithsonian.

Commissioner Hayon stated that the Library has a stellar reputation and that she would be concerned about preventing Library staff from training other institutions.

Commissioner Liu asked about the process in choosing exhibits and what, if any, involvement staff has in that process.  Ms. Bourne referenced the Exhibits Guidelines and Exhibits Policy, which were included in the agenda packet.  She stated that the Exhibits Committee meets quarterly and plan one to two years in advance.

Public Comment:
David Pilpel stated that he supports adopting these changes.  He requested that the attachments provided with the draft SIA be linked on final version.

Motion 12-02-27-1 (Hayon/Studley):  Moved, seconded, and passed (5-0) that the Ethics Commission approve the amendments to the San Francisco Public Library SIA.

IV. Consideration of request for waiver from the one-year post-employment ban under Campaign and Governmental Conduct Code sections 3.234(a)(2) and 3.234(b)(1).

Robert Selna thanked the Commission for its review of his request and provided background for the Commissioners.  He explained his current job search and stated that public affairs work would be a natural fit for him.  He stated that he had not held a powerful position and that he mostly dealt with other legislative aides and lower-level staff.  He also stated that he had worked as an aide for former Supervisor Mirkarimi for only ten months.  He stated that he has been waiting for an opening in a City department and that he has been unemployed for two months.  He requested a broad waiver to the post-employment restriction.  He then urged the Commission to grant the waiver in order to allow him to communicate with all City departments, except for the Sheriff’s Department.

Commissioner Liu stated that it was difficult since the Commission is unaware of his anticipated communications.  She asked if he was seeking work relating to real estate and land use matters.  Mr. Selna stated that he was seeking full-time work with the City and any short-term work.  He stated that he had a potential for contract work for Fort Mason Center, as it is attempting to extend the F line to Fort Mason.  He stated that this work could involve outreach to the community, as well as helping with the Center’s website and generating positive media.  He stated that his work could potentially lead to Recreation and Park’s environmental review, where the Center could need him to communicate with that department.  Commissioner Liu stated that it is all speculative and his request seems premature.  She stated that if the Commission granted his waiver, then it would appear that the post-employment ban does not apply to a legislative aide who only worked for 10 months and she was not comfortable with that decision.

Mr. Selna stated that he has been competing with many people for a small number of available positions and the limitation on his ability to communicate with the City makes it harder to compete.

David Pilpel stated that the issue is premature and that the Commission is unable to evaluate based on this specific request, even for Fort Mason.  He stated that the criteria have not been met and that the Commission should not grant the broad waiver.  He also suggested that when an individual is leaving City employment for another compensated position, that individual should pay a fee for the deliberation of a waiver request.

Chairperson Hur stated that a waiver would be forthcoming if Mr. Selna returned with more facts regarding a position.

The Commission took no action.

Commissioner Studley asked staff how City employees are advised of Ethics rules that apply to their positions, when hired or prior to hiring.  Ms. Ng stated that all employees are issued an employee handbook, which references the Commission, SIAs, and conflict of interest laws.  She stated that the handbook does not summarize every rule, but that every employee is advised to contact Commission staff with any questions.  She also stated that all of this information is posted on the Commission’s website.  Commissioner Studley suggested referencing this restriction in the offer letter.

V. Election of Chair and Vice-Chair.

Commissioner Hayon nominated Chairperson Hur for a second term as Chair of the Ethics Commission.

Commissioner Liu noted a “thumbs up” from David Pilpel.

The Commission voted and elected (5-0) Chairperson Hur to serve as Chair of the Ethics Commission for the coming year.

Public Comment:
David Pilpel stated that he agreed with the nominations, but also stated that the public expects some level of rotation.

The Commission voted and elected (5-0) Vice-Chairperson Studley to serve as Vice-Chair of the Ethics Commission for the coming year.

VI. Minutes of the Commission’s regular meeting of January 23, 2012.

Public Comment:
David Pilpel noted that on the middle of page 3, the minutes should read “Public Library” instead of “Library.”  He also stated that the reference to DCA Shen should be spelled out on the top of page 4.

Executive Director St. Croix left the meeting due to illness.

Public Comment:
David Pilpel pointed out typographical errors on page 3, where the year should be listed as “2012” and not “2011.”  He also noted that two current College Board members remain on the BDR list.

Public Comment:
David Pilpel stated that he was aware of a recent complaint and a response letter that was shown to him by a complainant.  He stated that it was worth having a discussion regarding the post-employment waiver and the interpretation of “personally and substantially” involved.

The meeting was adjourned at 7:08 PM. 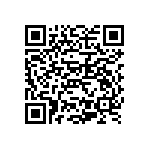 Scan the QR code with a mobile device camera to access the latest version of this document online:
https://sfethics.org/ethics/2012/04/minutes-february-27-2012.html