This section provides important information about the upcoming January 31, 2013 filing deadline. Please review the information below to determine your filing obligation.

State law requires committees to keep all campaign records for a period of four years from the date the related campaign statement was filed. The candidate and treasurer are responsible for maintaining the records and for the accuracy of the records. In general, you must keep a record of all receipts and expenditures. For more detail on the types of records that you must maintain, please refer to the recordkeeping section of the relevant FPPC Campaign Disclosure Manual. FPPC Manuals may be obtained from the Commission's office or from the FPPC's website at www.fppc.ca.gov.

The Commission requires an original and one copy of each statement signed and dated by the treasurer and candidate. You may obtain forms at the Fair Political Practices Commission (FPPC) web site: http://www.fppc.ca.gov.

E. Do you need to file electronically in addition to your paper filing?

F. What is the fee for the late filing of paper and/or electronic reports?

If no funds are left in the campaign bank account and you will not raise additional funds, you should close the account and campaign committee by filing Form 460 (covering through 12/31/2012) indicating a zero-ending cash balance and Form 410 (mark the termination box). Before terminating, you must have filed all required campaign statements, disclosing all reportable transactions, including the disposition of leftover funds and elimination of all debts.

If you do not terminate your committee, you must continue to file Form 460. Please call Commission staff at 415-252-3100 for information on your future filing obligations (if you do not terminate) and what you can do with the money remaining in your campaign bank account.

If you need guidance in preparing your campaign statements, you may schedule an appointment to meet with staff by calling 415-252-3100. Due to the high volume of filings received around the filing deadline, staff encourages you to address your filing concerns several days before the January 31 filing deadline.

For more information about these and other changes, please visit the FPPC's website at www.fppc.ca.gov or call the FPPC at 866-ASK-FPPC.

On June 5, 2012, the Budget and Legislative Analyst issued a report to Supervisor Campos comparing programs of the San Francisco Ethics Commission with those of the Los Angeles Ethics Commission. The Budget Analyst found that neither San Francisco nor Los Angeles is uniformly more or less stringent than the other; but added that "comparing the cities' policies does provide an opportunity for the City and County of San Francisco to consider alternate policies and approaches to influencing campaign financing, enforcing laws, educating and informing the public, and managing lobbying practices." For this reason, staff of the Ethics Commission conducted two interested persons meetings in order to obtain feedback on the policy options listed by the Budget Analyst, as set forth below.

You may view the discussion topics and the Budget Analyst's report at: https://www.sfethics.org/ethics/2012/11/interested-persons-meeting-to-discuss-recommendations-of-budget-analyst-regarding-ethics-commission-.html

Staff welcomes your suggestions and comments at the Interested Persons meeting about any or all of the discussion topics. If you are unable to attend, please submit your comments to the Ethics Commission at 25 Van Ness Avenue, Suite 220, San Francisco, CA 94102, or by email to ethics.commission@sfgov.org. 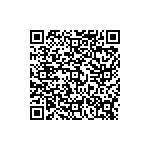 Scan the QR code with a mobile device camera to access the latest version of this document online:
https://sfethics.org/ethics/2013/01/courtesy-notice-january-14-2013-regarding-the-january-31-2013-semi-annual-filing-deadline-terminatin.html