OTHERS PRESENT: Jonathan Pearlman, Historic Preservation Commissioner; Nicole Wheaton, Director of Appointments, Office of the Mayor; David Pilpel; and other unidentified members of the public.

III. Discussion and possible action a request from Jonathan Pearlman and Mayor Lee for a waiver from Campaign and Governmental Conduct Code section 3.224 (compensated advocacy ban) on behalf of Mr. Pearlman, a licensed architect who occupies Seat 3, the architectural historian seat, on the Historic Preservation Commission (HPC), so that Mr. Pearlman may represent private parties before other City officers and employees while he serves on the HPC.

Chairperson Hayon asked him about the requirements for Seat 3 on HPC. Mr. Pearlman stated that there are historians that do not work in the field and there are architects who work in the field, but are not historians. Commissioner Renne asked whether any other person who sat in Seat 3 on HPC had sought a waiver. Mr. Pearlman stated that, since HPC was relatively new, there has only been one other person in the Seat. He stated that that individual did not seek a waiver because he worked at a large firm and never presented anything before a board or commission. He also stated that there may not have been that many projects that the former Commissioner’s firm had in the City.

Commissioner Hur asked what distinguished Mr. Pearlman from the other candidates. Ms. Wheaton stated that all of the candidates were fantastic, but what they liked about Mr. Pearlman was that he met all of the qualifications and his philosophy matched what the Mayor wanted to see. She stated that he was a small-business owner and that they were looking for someone with a pragmatic approach to historic preservation. She stated that he has experience in the City working on projects in the City and he has worked on smaller projects with residents and has first-hand experience with preservation. She stated that his approach towards preservation benefits the community now and into the future.

Public Comment:
David Pilpel spoke in support of the waiver. He stated that he has had concerns about the Commission granting waivers over time, but that this seat needs to be filled and calls for specific qualifications. He stated that it would have been helpful if the waiver request came sooner, as Mr. Pearlman has already been a part of two HPC meetings.

Executive Director St. Croix stated that the matter had been originally planned for the last meeting, but was postponed due to scheduling problems.

Chairperson Hayon stated that she was concerned about putting undue obstacles in the way of citizens in San Francisco who want to serve, especially when an area of special expertise is required. She stated that the Commission wants people to participate in the governmental process and should not make it more difficult or impossible to serve.

Commissioner Hur stated that he was struggling with the term “necessary” as it sounds like there were other qualified candidates. He stated that he is inclined to vote to allow the waiver because he also recognizes that, if the Commission does not grant the waiver, the Commission is essentially saying that a small-business owner would not be able to sit on a position like this. He did not agree with categorically eliminating an entire group of people from serving on this Commission. Chairperson Hayon agreed.

Public Comment:
David Pilpel stated that he supported the proposal. He stated that many potential obstacles appear to be addressed by the notary requirement. He commented on the draft notice to committees and asked when staff would notify them of the change. He also stated that Mr. Massey is doing a good job.

Mr. Massey stated that the committees would be notified as soon as possible because they will need some time to complete the card, regardless of whether they will come into the Ethics Commission office. He stated that copies of an individual’s ID would not be made or kept by Commission staff and that it would only be used to verify identity in person. Chairperson Hayon asked whether staff would begin the process, even though the Board may not approve the change. Executive Director St. Croix stated that the Board could stop the process, but then staff would just have signature cards.

Commissioner Hur asked whether Mr. Massey was aware of any issues about how San Diego or any other jurisdictions have had using this process. Mr. Massey stated that in San Diego, there is no way to verify who sent the form into the office and who signed it or who is receiving the PIN. He stated that staff would like to use the card for electronic filings for Forms 410 and 501 in the future. He stated that it is important to verify a filer’s identity. Executive Director St. Croix stated that the Commission will monitor the process and decide if filers need to sign a new signature card again.

Mr. Massey stated that one of the reasons staff developed this signature card was to separate the candidate and treasurer, using a candidate-controlled committee as an example. He stated that each individual would be required to check in before the statement can be filed. He stated that a treasurer could complete a form, but the form would remain in a pending queue until the candidate confirmed the form as well.

Motion 13-04-22-3 (Hur/Renne): Moved, seconded, and passed (3-0; Studley excused) that the Commission approve the change to the CFRO regulation.

Public Comment:
David Pilpel stated that the amount quoted is less than the fully loaded costs of a programmer. He stated that a new contract with NetFile is the best course of action.

Motion 13-04-22-4 (Renne/Hur): Moved, seconded, and passed (3-0; Studley excused) that the Commission endorse staff’s proposal that contracting out is the most effective way to provide the electronic filing system that meets the needs of the Ethics Commission.

VI. Discussion and possible action on the minutes of the Commission’s special meeting of April 1, 2013.

Public Comment:
David Pilpel stated that he found no errors.

Executive Director St. Croix stated that the May meeting is scheduled on a City holiday, so it has been rescheduled for a special meeting at 5:30 PM on Thursday, May 30. He stated that the Commission plans on addressing the Budget & Legislative Analyst’s report that it issued last year and that the discussion may take some time. He also attached a publicity piece from a company that chose to highlight the Commission’s website and the use of the product.

Chairperson Hayon thanked staff about her first meeting as Chair and stated that it was the shortest meeting she had ever attended. 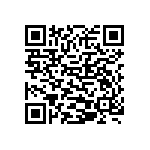 Scan the QR code with a mobile device camera to access the latest version of this document online:
https://sfethics.org/ethics/2013/05/minutes-april-22-2013.html