Larry Bush, representing Friends of Ethics, stated that the agenda should include an update on pending state legislation.

III. Discussion and possible action on request for waiver from Alan Martinez, an architect who formerly held a seat on the Historic Preservation Commission, from the one-year ban on communicating with his former department in order to influence a government decision.

Commissioner Studley expressed that it was important for the Commission to reach out to the various boards and commission in the City so the members would understand all the rules regarding their appointments.

Public Comment:
Larry Bush stated that he had no opinion on whether or not the Commission should approve the waiver, but stated that the Commission has approved six out of seven waiver requests, with the only denial being for an appointee of Ross Mirkarimi.

Motion 13-05-30-01 (Hur/Renne): Moved, seconded, and passed (4-0) that the Commission approve the waiver request so that Mr. Martinez may communicate with Planning, with the stipulation that he not represent clients before the Historical Preservation Commission for one year, and that the waiver be limited to Mr. Martinez’s communications on behalf of his architectural clients and not extend to communications to influence governmental decisions on behalf of other persons or entities.

The Commission members engaged in a discussion regarding the question presented.

Public Comment:
Larry Bush stated that a 12-month ban is better because contracts often get modified.

Glenn Rogers stated that the longer the ban is the less likely a contribution is going to influence a public official.

David Pilpel stated that this might not apply to agencies that are subject to state law.

Executive Director St. Croix stated that based on the discussion, staff would draft a proposed legislation to increase the ban to 12 months for the Commission’s consideration.

The Commission members engaged in a discussion regarding the question presented. The Commission determined that staff should re-address this issue after reviewing the pending legislation regarding changes to the lobbyist ordinance currently at the Board of Supervisors.

Glenn Rogers stated that lobbyists have significant influence regarding development issues and should be banned from making campaign contributions.

Should San Francisco increase the frequency with which candidates must report contributions and spending?

Executive Director St. Croix stated that reporting requirements may be changing under proposed legislation at the state level that would be applicable to the City.

The Commission decided to postpone discussion regarding this question to see what occurs at the state level.

Should San Francisco increase the personal contribution limits in order to offset the influence of “unregulated independent expenditures” on City elections?

The Commission members discussed the question presented, in particular the idea of raising the limit for City-wide elective offices.

Should San Francisco reduce the reporting requirement threshold from $5,000 to $1,000 for independent expenditures by committees or persons on behalf of or against a candidate or measure?

Executive Director St. Croix stated that reporting requirements may be changing under proposed legislation at the state level that would be applicable to the City.

The Commission decided to postpone discussion regarding this question to see what occurs at the state level.

Public Comment:
Larry Bush stated that this issue should be addressed before the November 2013 election.

Should San Francisco reduce the amount of time for which extensions of credit to a campaign are reclassified as contributions from the current six months to one month?

Executive Director St. Croix stated that the proposal would limit instances where vendors extend credit as a favor to campaigns in order to pay other creditors.

Public Comment:
Larry Bush stated that vendors float loans to candidates in order to gain favor with the candidate if they are successful in their election.

The Commission directed the Executive Director to get feedback from small campaign committees regarding the burden shortening of time would create.

What changes, if any, should San Francisco adopt to its enforcement policies so that its results more closely match the results in Los Angeles?

Commissioner Hur stated that he would like staff to more accurately compare enforcement results with those of Los Angeles.

After discussing the question presented, the Commission members directed staff to present ideas at a future date in order to improve the enforcement process.

David Pilpel stated that transparency of enforcement matters is important. He stated that the Commission should look for new ways to achieve better results within its current resources.

V. Discussion possible action on draft regulations to implement the electronic filing of the Form 700 Statement of Economic Interests with the Ethics Commission beginning on January 1, 2014.

Deputy Executive Director Ng presented the first draft regulations for consideration. She stated that Draft Regulations 3.1-103-1 and 3.1-500-1will provide that annual and leaving office Form 700s must be filed with the Ethics Commission in an electronic format, effective January 1, 2014.

Public Comment:
David Pilpel supported the regulations, but stated he had concerns about implementation.

Public Comment:
David Pilpel stated that he had concerns about the burden this places on City officers who do not have email addresses.

Deputy Executive Director Ng stated that Draft Regulation 3.1-103-3 provides an exception to the e-filing requirement for a filer who cannot use a computer or who cannot e-file to continue to file an original paper version of the SEI with the Commission, provided he or she seeks written permission to do so at least 15 days before the report is due.

Commissioner Hur proposed adding the language “compelling reason” to the portion of the regulations that require a requestor to seek written permission for the exemption.

Public Comment:
Larry Bush stated that the ability to search for data with electronic filing is greatly enhanced.

David Pilpel stated that most filers would electronically file, but the waiver is important.

Motion 13-05-30-04 (Hur/Renne): Moved, seconded, and passed (4-0) that the Commission approve Draft Regulation 3.1-103-3 with the amended language requiring a “compelling reason” for the exemption.

Deputy Executive Director Ng presented the last Draft Regulation. She stated that San Francisco Campaign and Governmental Conduct Code, section 3.1-105 requires authorities who appoint officers or employees who file their SEIs with the Commission to notify the Commission whenever such appointees assume or leave office. She stated that Draft Regulation 3.1-105-1will require that the notice contain the name of the officer or employee who has assumed or left office; the name of the board, commission or department; the date on which the officer or employee assumed or left office; and his or her email address, mailing address and telephone number.

Public Comment:
David Pilpel stated that good outreach will be necessary to make this provision effective.

VI. Discussion and possible action regarding a complaint received or initiated by the Ethics Commission. Closed Session.

The Commission went into closed session at 7:48 PM. Commission staff member Steven Massey and all members of the public left the room. At 8:08 PM, the respondent to an enforcement matter left the room

The Commission went into open session at 8:27 PM.

VII. Discussion and possible action on the minutes of the Commission’s Regular Meeting of April 22, 2013.

Public Comment:
David Pilpel stated that the summary of his comments on page six of the draft minutes incorrectly stated that he said “gentlemen’s agreement” instead of “settlement agreement.”

Motion 13-05-30-07 (Hur/Renne): Moved, seconded, and passed (4-0) that the Commission approve the minutes of the Commission’s Regular Meeting of April 22, 2013, with the change of “gentlemen’s agreement” to “settlement agreement.”

Vice-Chairperson Renne stated that he would like to discuss including expenditure lobbyists in the Lobbyist Ordinance.

Chairperson Hayon stated that she would like to discuss possible regulations regarding how the Commission handles complaint referrals to outside agencies.

David Pilpel stated that the Commission should discuss the proposed changes to various ethics laws proposed by Supervisor Chiu and City Attorney Herrera. 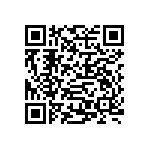 Scan the QR code with a mobile device camera to access the latest version of this document online:
https://sfethics.org/ethics/2013/06/minutes-may-30-2013.html