The SFMTA currently reimburses BART $1.02 per Fast Pass® trip taken on BART within San Francisco. Under the contract, in effect through FY 2014, this rate would increase to $1.19 retroactive to January 1, 2010 and through June 30, 2012 and thereafter would increase based on adjustments to the Bay Area Consumer Price Index (CPI) subject to BART fare increase(s) for the remainder of the contract. Because ridership is unknown at this time, exact contract expenditures are also unknown. 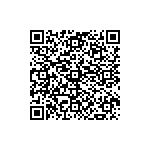 Scan the QR code with a mobile device camera to access the latest version of this document online:
https://sfethics.org/ethics/2013/07/city-officer-lee-edwin-mayor-filed-june-24-2013-contractor-san-francisco-bay-area-rapid-transit-dist-1.html