3. General Purpose Committees that make contributions or any expenditures totaling $500 or more during a Pre-Election period

The 90-day period immediately preceding an election is called the Late Reporting Period. For the November 5, 2013 election, the Late Period covers from August 7, 2013 through November 4, 2013. During the period, you may be required to file additional reports, as described below. 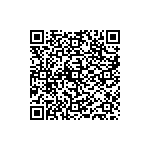 Scan the QR code with a mobile device camera to access the latest version of this document online:
https://sfethics.org/ethics/2013/09/courtesy-notice-september-13-2013-regarding-recent-changes-to-campaign-finance-laws-and-regulations.html