OTHERS PRESENT: Dr. Derek Kerr; Ray Hartz; Erika Boyd; and other unidentified members of the public.

The following written summary was provided by the speaker, Dr. Kerr, the content of which is neither generated by, nor subject to approval or verification of accuracy by, the Ethics Commission:

YOU ARE VIOLATING THE CITY CHARTER.
SPECIFICALLY; ARTICLE IV OF THE CAMPAIGN & GOVERNMENTAL CONDUCT CODE.
IT’S ALSO KNOWN AS THE “WHISTLEBLOWER PROTECTION ORDINANCE”.
YOU ARE MANDATED TO ANNUALLY REPORT;
1) THE NUMBER OF COMPLAINTS RECEIVED
2) THE TYPES OF CONDUCT COMPLAINED ABOUT
3) THE NUMBER OF COMPLAINTS YOU REFER OUT
4) THE NUMBER OF INVESTIGATIONS CONDUCTED
THIS ASSURES THE PUBLIC THAT COMPLAINT INPUTS MATCH OUTPUTS.
YOU HAVEN’T DONE THIS SINCE 2005.
YOUR ANNUAL REPORTS ONLY NOTE THE NUMBER OF CASES “RESOLVED”.
THE DIRECTOR’S MONTHLY REPORTS DELETED THIS DATA SINCE 2011.
THE PUBLIC HAS NO IDEA HOW MANY COMPLAINTS COME IN, HOW MANY GO OUT, AND HOW MANY ARE BURIED IN BETWEEN.
SINCE YOU ARE SOLELY RESPONSIBLE FOR REVIEWING CLAIMS OF WHISTLEBLOWER RETALIATION,
RETALIATION SHOULD BE LISTED AS A “TYPE OF CONDUCT COMPLAINED ABOUT”.
BUT IT ISN’T.
YOU ARE VIOLATING ARTICLE IV.

“A conflict of interest is a set of circumstances that creates a risk that professional judgment or actions regarding a primary interest will be unduly influenced by a secondary interest,” including the duties of public office. “It exists if the circumstances are reasonably believed (on the basis of past experience and objective evidence) to create a risk that decisions may be uinduly influenced by secondary interests.” So, when the SOTF found City Librarian Luis Herrera in violation of the Sunshine Ordinance, twice, they had no conflict. Now, when they referred those findings to Ethics for enforcement, I guess they didn’t think about the third case which was against your Executive Director, Mr. St. Croix. Finding Luis Herrera in violation would have been detrimental to the self-interests of this body. With three of the five members being attorneys, I have continued to wonder if you considered whether you could be impartial?

III. Discussion and possible action on request for waiver from Campaign and Governmental Conduct Code section 3.222.

The Commissioners discussed the matter and agreed to deny the waiver. Vice-Chairperson Renne and Chairperson Hayon stated that the comments Mr. Hartz mentioned are not germane to the question before the Commission.

Motion 13-7-22-1 (Renne/Andrews) Moved, seconded, and passed (3-0; Hur and Studley excused) that the Commission deny the request for waiver from Campaign and Governmental Conduct Code section 3.222.

Commissioner Smith thanked the Commission for its time.

Executive Director St. Croix introduced the item. He stated that staff has been assessing forfeitures, but that staff would also impose a penalty as well for certain provisions of CFRO.

Mr. St. Croix stated that he agreed to change the deadline to respond to 14 days, but that he was not convinced the Commission should delay this matter. Commissioner Renne stated that the forfeiture provision is statutory. Chairperson Hayon stated that the proposed policies were a bureaucratic process. The Commissioners preferred staff’s second proposal regarding mitigating and aggravating factors.

Motion 13-7-22-2 (Andrews/Renne) Moved, seconded, and passed (3-0, Hur and Studley excused) to accept the changes in the enforcement and settlement penalties with the change of five business days to 14 days and that the Commission accept the second scenario by which the staff would present factors.

V. Discussion and possible action whether to recommend amendments or regulations to the Lobbyist Ordinance so that additional information regarding expenses made to influence local or administrative action is required to be disclosed.

Commissioner Renne expressed disappointment that Larry Bush was not present, as he expected his participation. He stated that his inquiry began from Mr. Bush’s article, as Mr. Bush made it sound like there were vast amounts of money going into the political process and by taking out expenditure lobbyists, the public would not have the full picture. Commissioner Renne questioned whether it is something that needs to be addressed at this time.

The Commissioners discussed the proposal from staff.

Commissioner Renne requested that the minutes reflect that the Commission discussed the subject and that there was no public comment and therefore, absent that, there does not appear to be a need under the present reporting requirements. He suggested that if someone would like to raise the issue in the future, the Commission would look at it then. He stated that he did not see a need for staff to deal with a problem that the public apparently is not concerned with.

VI. Discussion and possible action on the minutes of the Commission’s regular meeting of June 24, 2013.

The Executive Director introduced the report and noted several highlights. 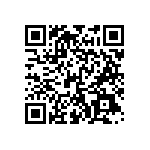 Scan the QR code with a mobile device camera to access the latest version of this document online:
https://sfethics.org/ethics/2013/09/minutes-july-22-2013.html