The Ethics Commission is pleased to present this report on the activities, progress, and accomplishments of its eighteenth year of operation to the Mayor, Board of Supervisors, and citizens of San Francisco.

The Ethics Commission serves the citizens of San Francisco, City employees, elected and appointed officials, and candidates for public office by enforcing the City’s governmental ethics laws, providing education about their provisions, and serving as a repository for information.

The Commission is pledged to a high standard of excellence in government accountability, and to that end has worked not only to implement the law, but also to amend existing law or create new law that will further the principle of the voters’ right to know and to ensure integrity in government decision-making and in the campaigns of those who wish to govern.

Highlights of the Eighteenth Year

The Commission delivered a diverse array of work products and services to the citizens of San Francisco, managing to meet its mandates during a year of budget cutbacks and other resource limitations:

Mandates and Accomplishments of the Commission

At its meeting on July 23, 2012, the Commission by a 4-0 vote approved amendments to the Campaign Finance Reform Ordinance (CFRO), San Francisco Campaign and Governmental Conduct Code section 1.112 to require that all campaign statements submitted to the Ethics Commission be filed electronically.  The amendments were made possible when the State Legislature passed AB 2452, which permits local government agencies to require local candidates and committees to file campaign disclosure reports electronically, thereby eliminating the need for paper filings.  Passage of AB 2452 was due in part to staff’s efforts to support electronic filing and to dispense with paper requirements.  The amendments took effect with the campaign finance reports that were due July 31, 2013. The amendments include the following changes:

At the same July 23, 2012 meeting, the Commission also approved, by 4-0, amendments to regulations related to section 1.126 of the CFRO.  The amended regulations, which took effect on September 21, 2012, clarify that “an individual holding City elective office” in CFRO section 1.126(b)(1)(A) includes any committee controlled by that individual formed to support that individual’s election to a local or state elective office; and that “a committee controlled by such individual or candidate” in CFRO section 1.126(b)(1)(C) includes any committee controlled by the individual or candidate formed either to support or oppose a candidate for local or state elective office or to support or oppose a local or state ballot measure.  The amended regulations also address other technical changes.

On April 22, 2013, the Commission voted 3-0 to approve regulations to require signers of electronic campaign finance reports to file a completed Signature Verification Form with the Commission in order to file their reports electronically.

Candidate spending in the election totaled $2,987,290 and third party spending totaled $1,507,057.  The highest level to which the Ethics Commission raised a candidate's Individual Expenditure Ceiling was $970,000.

In spring 2012, the Board of Supervisors approved changes to the public financing program in response to the decision in Arizona Free Enterprise Club’s Freedom Club PAC, et al. v. Bennett. The changes also involved raising the qualification threshold for Supervisorial candidates from $5,000 to $10,000 in contributions and raising the individual expenditure ceiling for qualified Supervisorial candidates from $143,000 to $250,000.

The Commission conducted several trainings and provided other outreach on the supervisorial program.

Staff experienced increased success this year in reducing the number of non-filers. Due to the large number of filers who filed late in the past, then requested late fee waivers based on non-medical related reasons, staff issued a warning in this year’s SEI Filing Officer Memo that the Commission would not consider late fee waivers for filers whose commission or board secretaries did not attend the Commission’s filing officer trainings.  Last year, a total of 150 SEI filers were deemed to have filed late; this year, the total was reduced to 48 late filers.  In addition, staff notified 82 filers who filed their SEIs but failed to file their respective Certificate of Ethics Training or Sunshine Ordinance Declaration Forms.  Thus far, the Commission has received 24 out of 31 delinquent Certificate of Ethics Training Forms, and 15 out of 25 delinquent Sunshine Ordinance Declaration Forms.  In past years, these statements would not have been filed.

On September 24, 2012 Assembly Bill No. 2062 was approved by the Governor, permitting local agencies to develop and implement a system for the electronic filing of SEIs, in accordance with regulations adopted by the Fair Political Practices Commission (FPPC).  As prescribed under the law, the Commission worked with Netfile, one of two systems already certified by the FPPC for use in other jurisdictions, and submitted a proposal describing an e-filing system for SEIs filed with the Commission to the FPPC for certification.  The Commission’s e-filing system has been certified.  Thus, beginning on January 1, 2014, all department heads, elected officials and appointed members of decision-making boards and commissions will be required to file their annual, assuming office and leaving office SEIs electronically with the Commission.

On the heels of the previous work done to insure a smooth transition into e-filing, staff has been updating information within the Commission’s electronic filing system to insure that all SEI filers will have the ability to file their statements electronically. This work includes updating filers’ email addresses in the system. Each filer will be required to have an email address on file with the Commission before he or she can file; staff is now contacting filers to inform them of the new requirement.

When e-filing becomes a reality, staff will no longer have to spend months to scan and upload manually to our website the SEIs.  In the past, due to staffing constraints, staff was limited in its ability to track and notify filers.  Staff will continue to refine the way it administers the program, to insure that filers are held to the standards set forth in the law.

Lobbyists are required by ordinance to register with the City and file monthlyreports about any activity intended to influence local legislative or administrative action. The Commission reviews lobbyist statements to ensure that they are accurate and complete.

The electronic filing process has enabled more timely filings and greater public access to individual lobbyist disclosure statements. The electronic database enables the public to conduct customized searches rather than tedious manual paper searches.  The electronic database has reduced the number of public records requests regarding lobbyist records as all records and lobbyist information are readily available through the online system and searchable.   Staff has worked with the filing system provider to streamline the system and continues to listen to feedback from the public and registered lobbyists to ensure that they are able to access the system with greater ease.

At the end of the fiscal year, 86 individual lobbyists were registered with the Commission, reporting $6,223,644 in promised payments.  Total revenues collected by the Commission amounted to $49,175, including $48,575 in lobbyist registration fees and $600 in late fines.

The Campaign Consultant Ordinance, passed in 1997, requires any individual or entity that earns $1,000 or more in a calendar year in exchange for providing campaign consultant services to register with the Ethics Commission and file quarterly disclosure statements. The Campaign Consultant Ordinance is the result of a voter referendum and therefore is not subject to changes without additional voter approval.

Campaign consultants are required to report names of clients, services provided for those clients, payments promised or received, political contributions, gifts made to local officials, and other information.  Beginning with the first quarter of 2013, the Commission no longer issues quarterly report summaries of campaign consultant activity.  Instead, information regarding all activity has been and will continue to be provided via the Campaign Consultant Activity Dashboard on the Commission’s website and made available for download through the City's data.sfgov.org open data system.  Staff continues to ensure that all consultants who are required to be registered with the Commission file their registration forms and pay their registration fees.

During the 2012-2013 fiscal year, 43 filers registered as consultants with the Commission.  As of June 30, 2013, 21 remain active.  Consultants reported receiving approximately $2.5 million in payments from relevant clients.  Of the 21 currently active registered filers, 13 have active clients.  So far, only five clients are campaigning for candidates or measures on the ballot for the November 2013 election.

The Ethics Commission has the authority to investigate complaints that allege violations of certain state and local laws that relate to campaign finance, conflicts of interest, lobbying, campaign consultants, and governmental ethics.  During the 2012-2013 fiscal year, 146 pending and/or new complaints were under review by Ethics Commission Enforcement staff.  115 complaints were resolved during the fiscal year; 87 of these complaints were determined not to be within the jurisdiction of the Commission and/or not to warrant further action.  Throughout the year, the Executive Director’s Reports submitted to the Commission at each of its regular meetings show the number of complaints that have warranted further action.

“Improper government activity” by a City officer or employee includes the following:

Section 4.115(a) defines “retaliation” as the “termination, demotion, suspension, or other similar adverse employment action” taken against any City officer or employee for having in good faith participated in any of the following protected activities:

During the year, staff provided or participated in 27 trainings or meetings related to matters within the jurisdiction of the Ethics Commission.

Presently, the Commission is without an educator/outreach coordinator.  When the Commission is able to fill the position, staff anticipates that there will be a focus on training City officers and employees on the City’s conflict of interest rules, in addition to training related to the electronic filing of SEIs.

The Commission is charged with interpreting and applying the conflict laws under its jurisdiction, requiring that it consider requests for waivers, which it routinely does, and that it issue formal and informal written advice on matters requiring interpretation.

Commission staff is available each workday to answer public inquiries about San Francisco ethics laws.  During the course of the year, the number of inquiries runs into the hundreds.

During FY 12-13 the Commission significantly improved electronic data access and migrated additional paper forms to electronic format.  In July, the Commission approved amendments to Section 1.112 of the Campaign and Governmental Conduct Code requiring all campaign committees to file electronic statements and to eliminate the paper filing requirement.  The amendments were made possible because of the Commission’s work on Assembly Bill 2452 during FY 11-12.  In August 2012, the Commission released a new campaign finance dashboard web site for the November 6, 2012 election.  The dashboard summarized campaign finance activity using easy-to-read charts, maps, and graphs including candidate and ballot measure committee activity, public financing, and third-party spending.  The data updated daily with the latest information from both the Commission’s electronic filing system and Commission staff’s data analysis.  In addition, users of the dashboard could download all of the original data used to build each chart, map or graph.  The dashboard quickly became one of the most accessed parts of the Commission’s web site.  The dashboard was featured in a case study called “Set it and Forget it” Saves San Francisco Time, written by Socrata, the company that built some of the technology used by Commission staff to create the dashboards.

The Commission is a member of the Council on Governmental Ethics Laws (COGEL) but due to budget limitations no longer attends the annual convention.

The Commission's annual approved budget totals are below.  Please note that recent years indicate “non-grant funding.”  Non-grant funding is the actual operating budget of the Commission.  The remaining funding for each of those years are deposits into the Election Campaign Fund and are used exclusively for payments to publicly-financed candidates for Board of Supervisors and for Mayor.

Commission membership was as follows:

The Commission will continue to fulfill its mandated duties in the forthcoming years, with a particular focus on achieving the following priority objectives: 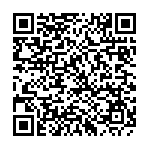 Scan the QR code with a mobile device camera to access the latest version of this document online:
https://sfethics.org/ethics/2013/11/san-francisco-ethics-commission-annual-report-july-1-2012-june-30-2013.html