Chairperson Hayon called the meeting to order at 5:32 PM.

I’d like to acknowledge your unprecedented finding of a conflict of interest by a City official. Previously, such complaints were routinely dismissed, and complainants thrown under the bus.

It took you over 2 years to adjudicate our 2009 complaint involving former Health Director Mitchell Katz. For 3 years, he collected $10,000 annually in consulting fees from HMA – a for-profit corporation working with his approval for his Department. You dismissed that complaint – and our subsequent retaliation claim. It took a lawsuit to get vindication and a $750,000 settlement.

Your inadequate investigation and habitual dismissal of whistleblower complaints is a type of official misconduct.

Francisco Da Costa stated that when the Commission was created, San Francisco residents wanted the right thing to be done.  He stated that there is rampant corruption in some city governments.  He stated that arrogance is uncalled for and that this type of arrogance cries to heaven for justice.

Dr. Sandra Hernandez commented on the Respondent in Agenda Item III, Juliet Ellis.  She stated that she has known Ms. Ellis for many years and that the violations were committed not out of malice or self-interest.  She urged the Commissioner to accept staff’s recommendation.

Executive Director John St. Croix introduced the item.  He explained that this matter would have been heard in closed session, but that it would be discussed in open session as the Fair Political Practices Commission (FPPC) had previously deliberated the joint exhibit.

Commissioner Keane stated that, in regards to the procedure, it should be something routinely calendared for discussion and have the staff discuss the case and the investigation and let the public know what was done relating to a conflict of interest violation by a high-level official.  He stated that the Commission should change the procedures and that the public should hear the Commission discuss something like this matter.  Chairperson Hayon suggested that Commissioner Keane bring up the issue later during items for future meetings so that the Commission may discuss a possible change in procedure in the future.

Commissioner Andrews stated that because the matter was heard at the FPPC, it seems like the Ethics Commission is being forced to have a discussion in public that may not be complete.  He stated that the Commission did not have an opportunity to discuss the matter in closed session.

Commissioner Keane asked what would happen if the stipulation was not approved.  Executive Director St. Croix stated that the FPPC would most likely sever their portion and the Ethics Commission would need to renegotiate the matter with the Respondent regarding the local violations.  Commissioner Keane asked whether the Commission could go into more detail with respect to deliberations of the stipulation, such as background of the investigation and statements from PUC officials.  Executive Director explained that the substance of investigations are confidential.

Commissioner Hur asked about the status of the contract between Green For All and PUC.  He then asked about certain factors mentioned in the penalty discussion.  Investigator/Legal Analyst Argumedo stated that the violations were among the more serious violations within the Commission’s jurisdictions and that staff took into consideration that the Ms. Ellis paid a monetary penalty to the FPPC with respect to state violations similar to the first two counts.  She then stated that she did not believe there was an intention to conceal or mislead.  Commissioner Hur asked how staff came to that determination.  Executive Director stated that Ms. Ellis’ superiors were aware of her activities and no one informed her that she was acted inappropriately.  Commissioner Andrews asked whether Ms. Ellis voted as a member of the Board of Green For All regarding the contract it entered into with PUC.  Ms. Argumedo stated that she did not know whether Ms. Ellis remained as a voting member of the Board or whether she voted to enter into the contract with PUC.  Commissioner Hur stated that Ms. Ellis had taken the Ethics Training and asked about her explanation of not understanding that her actions were prohibited.  Ms. Argumedo stated that Ms. Ellis did not appear to understand the law.

Commissioner Hur stated that he was troubled by this case and that, although he favors resolution, he would be more comfortable if the settlement amount was more than $10,000.  He also stated that he was not convinced that there was not deliberate misconduct.

Commissioner Keane stated that the stipulation shows that Ms. Ellis admitted to corrupt actions and that they are fairly serious findings of guilt in regards to official misconduct.  He stated that a finding of guilt disgraces her.  He stated that if the PUC continued to employ her, it would be very strange.

Executive Director St. Croix stated that things have improved and that he recommends asking the Budget Office for a slight increase.  He stated that the Commission received a slight increase last year, but it does not extend beyond this fiscal year.  He proposed a budget that keeps those increases in place.  He explained that there are two components of the Commission’s budget – the Election Campaign Fund, which contains the funds for public financing, and the operating budget.  Commissioner Andrews noted a discrepancy between the amounts listed as the Election Campaign Fund for this fiscal year.  Executive Director St. Croix clarified that the correct figure for that fund is $1,903,559.  The Commissioners discussed the proposals.

V. Discussion and possible action on the minutes of the Commission’s meeting of November 25, 2013.

Commissioner Renne asked about the status of the delinquent filers.  Executive Director St. Croix stated that these accounts have been sent to the Bureau of Delinquent Revenue and are pursued in court.  He stated he would provide the Commission with an update on these accounts. 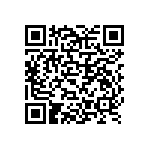 Scan the QR code with a mobile device camera to access the latest version of this document online:
https://sfethics.org/ethics/2014/02/minutes-january-27-2014.html