1. Reminder about changes to campaign finance laws and regulations

This section provides important information about the upcoming July 31, 2014 filing deadline. Please review the information below to determine your filing obligation.

b. Candidate/Officeholder committees must file:

State law requires committees to keep all campaign records for a period of four years from the date the related campaign statement was filed. The candidate and treasurer are responsible for maintaining the records and for the accuracy of the records. In general, you must keep a record of all receipts and expenditures. For more detail on the types of records that you must maintain, please refer to the recordkeeping section of the relevant FPPC Campaign Disclosure Manual. FPPC Manuals may be obtained from the Commission’s office or from the FPPC’s website at www.fppc.ca.gov.

All major donor committees, recipient committees and independent expenditures committees must file the following FPPC forms electronically: 460, 461, 465, 496 and 497. A committee that files electronic campaign statements must continue to file electronically until it terminates. You do not need to file a paper statement if it was already filed electronically. There are two ways to comply with this requirement:

a. Internet Filing. Committees may use the Commission’s free San Francisco Electronic Disclosure System (SFEDS). A registration form and a user guide are available on the Commission’s web site at www.sfethics.org.
b. Political Reporting Services. Campaigns may wish to purchase political software or reporting services. You may obtain a list of qualified third-party software vendors at http://www.ss.ca.gov/prd/approved_vendors.htm. (Please note that these are listed for informational purposes and that the Commission does not endorse these services.)

If no funds are left in the campaign bank account and you will not raise additional funds, you should close the account and campaign committee by filing Form 460 Termination (covering through 6/30/2014) indicating a zero-ending cash balance and Form 410 (mark the termination box). Before terminating, you must have filed all required campaign statements, disclosing all reportable transactions, including the disposition of leftover funds and elimination of all debts.

If you do not terminate your committee, you must continue to file Form 460. Please call Commission staff at 415-252-3100 for information on your future filing obligations (if you do not terminate) and what you can do with the money remaining in your campaign bank account.

If you need guidance in preparing your campaign statements, you may schedule an appointment to meet with staff by calling 415-252-3100. Due to the high volume of filings received around the filing deadline, staff encourages you to address your filing concerns several days before the July 31 filing deadline.

A. Notification by candidates for the Board of Supervisors of reaching activity thresholds

A candidate for the Board of Supervisors must file Form SFEC-152a-1 within 24 hours of receiving or spending $10,000 or more.

In a supervisorial race where at least one candidate has been certified as eligible to receive public funds, all candidates involved in such race must file Form SFEC-152(a)-2 with the Ethics Commission within 24 hours of receiving contributions, or making expenditures that equal or exceed $100,000. Thereafter, the candidate must file an additional supplemental statement within 24 hours of every time the candidate receives additional contributions, or makes additional expenditures that in the aggregate equal or exceed $10,000. The Ethics Commission will update its website and notify candidates when it certifies a candidate as eligible to receive public funds.

B. Notification by candidates for the Board of Education, Community College District, Public Defender or Assessor

A candidate who wishes to accept the voluntary expenditure ceiling (VEC) must file Form SFEC-128 no later than the August 8, 2014 deadline for filing nomination papers.

In a race where at least one candidate has accepted the VEC, all candidates running for office in the same race must file Form SFEC-134(b) within 24 hours of receiving contributions, making expenditures, or having funds that exceed 100 percent of the applicable VEC. The Ethics Commission will update its website and notify candidates when at least one candidate in a race has accepted the VEC.

In a publicly funded supervisorial race or a race where the voluntary expenditure ceiling (VEC) is in place, any person other than a candidate committee who makes or incurs expenditures for the purpose of distributing independent expenditures, electioneering communications, or member communications that clearly identify any candidate that equals or exceeds $5,000 per candidate, must within 24 hours of each time it reaches the $5,000 threshold file Part IV of the Third Party Disclosure Form. The costs of a communication that supports or opposes more than one candidate or measure must be apportioned among each candidate and measure in the communication.

In the November 4, 2014 election, public funding is available to eligible candidates running for the Board of Supervisors. To receive public funds, a candidate must demonstrate, among other things, that he/she has raised at least $10,000 ($15,000 for incumbents) in qualifying contributions ($10-$100) from at least 100 (150 for incumbents) residents of the City (from 5/4/13-8/25/14). Prior to applying for public funds, a candidate must have filed SFEC-Form 142a by June 10, 2014 indicating an intent to apply for public funds. A candidate may apply for public funds beginning February 4 through August 26, 2014. For more information about the public financing program, refer to the Supplement for Candidates for the Board of Supervisors. 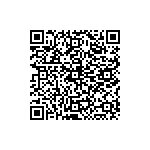 Scan the QR code with a mobile device camera to access the latest version of this document online:
https://sfethics.org/ethics/2014/07/courtesy-notice-july-31-2014-reminder-about-changes-to-campaign-finance-laws-and-regulations-the-jul.html