Under the LDDA the Friends’ proposed project will include, among other things (1) rehabilitating the exterior and interior of the Car Barn; (2) bringing the Car Barn into compliance with current regulatory requirements, including the Secretary of the Interior’s Standards for the Rehabilitation and Guidelines for Rehabilitating Historic Buildings, the San Francisco Building Code, and the Americans with Disabilities Act; (3) seismically strengthening the Car Barn; (4) developing the Car Barn for use as a community center, including, among other things, classrooms, a community meeting room, a theater, a café, exhibition and event spaces and a limited amount of visitor-serving retail space.

If Closing Conditions to the LDDA are satisfied, City and the Friends will enter into the Lease with the following material terms: (i) the term is fifty-five (55) years; (ii) the premises will be delivered “as-is”; (iii) the Friends is not required to pay a fixed rent to the City; instead, one hundred percent (100%) of the revenues generated by the Friends from the Car Barn; must be spent according to a budget approved by the City annually; (iv) the Car Barn will be used for the purpose of providing recreational, educational and cultural programming for youth and adults in the surrounding neighborhood, the city of San Francisco, and the region, including opportunities for job training and apprenticeships in areas including, but not limited to, the culinary, media, literary, visual, dance, musical, performing, film/cinema/television production, digital, design and technical arts, and the shall actively program the Car Barn with arts programming by offering daily, weekday classes throughout the during the academic year, and more robust programming, during the summer months; and (v) the Friends must maintain a capital repair budget. 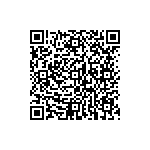