Chairperson Hur called the meeting to order at 5:21 PM.

Deputy Executive Director Jesse Mainardi recused himself from this item and seated himself with the public at 5:22 PM.

a. Public comment on all matters pertaining to Agenda Item III, including whether to meet in closed session.

Charles Bell stated that that he filed the original complaint and asked the Ethics Commission to take action. He stated that the California Fair Political Practices Commission entered into a stipulation in this matter which determined that Common Sense Voters was in fact a candidate controlled committee by Supervisor Mark Farrell.

The Ethics Commission retuned to open session at 6:20 PM.

IV. Presentation by law students at the UC Hastings Center for State & Local Government Law regarding their Lobbyist Ordinance fact sheets prepared for the Ethics Commission.

All four Commissioners thanked the students for their hard work and excellent presentation and work product.

Responding to a question from Commissioner Keane regarding areas of the law that they think could be improved, the students stated that the Lobbyist Ordinance could be simplified even further regarding the contacts threshold to register as a lobbyist.

Deputy Director Mainardi introduced the item. He stated that the Board of Supervisors referred this matter for comment, but there is no voting requirement or requirement to take any action. He explained the change proposed by this legislation is to remove the fee disclosure requirement for permit consultants.

Jeremy Paul stated that he works as a permit consultant and urged the Ethics Commission to recommend removing the fee disclosure provision. He stated that the entire permitting process is public.

A licensed contractor stated that disclosing fees would not provide any more transparency of the process to the public, but would put small permit consultants at a competitive disadvantage as larger firms could undercut their fees.

Deputy Director Mainardi stated that the reporting of fees is only triggered if the project is valued at one million dollars or more.

Commissioner Keane stated that although he understands why this “clean-up” language is being proposed, he is in favor of the fee disclosure requirement. He stated that there is long history of corruption in the permit process and with permit expediters. He stated that permits are very controversial and that the public should be able to see the fees that are charged for these services. He stated that it is good public policy.

Vice-Chairperson Renne stated that he agreed with Commissioner Keane and is in favor of a transparent permit process.

Chairperson Hur stated that a good middle ground would be to have a threshold amount that triggers the disclosure of fees.

Commissioner Andrews stated that withholding the amount of the fees that a client pays a permit consultant is not necessarily an indicator of corruption. He stated that the he is concerned that the disclosure of fees could cause a competitive disadvantage.

Commissioner Keane stated that he had hoped a representative from the group “the friends of ethics” would have attended to weigh in on this issue.

Responding to Commissioner Keane, Deputy Director Mainardi stated that lawyers would not be automatically exempt from disclosing fees if they act in the capacity of a permit consultant.

Motion 14-12-16-03 (Keane/Hur) Moved, seconded and passed (3-1, Andrews dissenting, Hayon absent) that the that the Ethics Commission recommend to the Board of Supervisors that there be a monetary threshold at which permit consultants must disclose their fees.

VI. Discussion and possible regarding action regarding the adoption of policies for Sunshine Ordinance Task Force referrals to the Ethics Commission.

Jesse Mainardi stated that this issue addresses the concern that sometimes referrals from the Task Force to the Ethics Commission are not clear regarding whether notice was properly given to a respondent.

Lee Hepner, Task Force Member, stated that often citizen complaints are not well-formulated and the correct respondent is not determined until the hearing process has commenced. He stated that throughout the process the Task Force notices any new respondents.

Commissioner Keane stated that he agreed with a staff suggestion that the Task Force could conduct an initial review to determine the issues and correct respondents prior to a hearing.

Lee Hepner stated that the first hearing that the Task Force holds is a preliminary review.

Public Comment:
Diana Christiansen, from the Department of Human Services, stated that she responds to many Sunshine Ordinance complaints and that it is not always clear to the department what violations are alleged in a complaint. She stated that the allegations often change throughout the Task Force process and that process is amorphous and often the violations found by the Task Force change at the very end of the process.

Motion 14-12-16-04 (Keane/Renne) Moved, seconded and passed (4-0, Hayon absent) that the Ethics Commission adopt option 3 of the memorandum with the amendment to include “if the referral letter indicates that the respondent was given notice of all allegations and had the opportunity to respond.”

Deputy Director Mainardi outlined the options presented in the memorandum to address the concern that in some instances it might be appropriate to name a department as the respondent.

Mr. Hepner stated that allowing a department to be a named respondent might be appropriate in some instances.

Ms. Christensen also stated that a department should be named a respondent in some cases.

Motion 14-12-16-05 (Renne/Keane) Moved, seconded and passed (4-0, Hayon absent) that the Ethics Commission adopt option two with the amendment to include the language “included but not limited to” following “based on consideration of the following factors” and to change the word “sufficient” to “insufficient” and to adopt options 3 and 4 as presented in the memorandum.

Mr. Hepner explained why the Task Force interprets the word “authorized” in the requirement for a department to send a representative to its hearings to mean “knowledgeable” by stating that the fact finding function of the Task Force requires someone to appear who knows about the records request at issue.

Ms. Washburn stated that the Task Force’s DCA drafts a memorandum that outlines the issues.

Ms. Christensen stated that that memorandum is not provided to respondents with the hearing notice.

Motion 14-12-16-06 (Keane/Renne) Moved, seconded and passed (4-0, Hayon absent) that the Ethics Commission adopt option two with the amendment to include the language “so long as that person is prepared to respond to the allegations contained in the City Attorney’s memorandum.”

VII. Discussion and possible action on the minutes of the Commission’s meeting of October 27, 2014.

Executive Director St. Croix stated that the word “nice” should be inserted into the last paragraph of page two.

¬Commissioner Andrews stated that he wanted to know if the Mayor’s request for cuts would affect any outstanding positions from being cut.

The Ethics Commission adjourned the meeting at 8:41 PM. 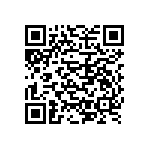 Scan the QR code with a mobile device camera to access the latest version of this document online:
https://sfethics.org/ethics/2015/01/minutes-december-16-2014.html