The contract is for the Inmate Telephone System. The Sheriff's Department will receive revenue generated on all calls paid for by inmates and their families. The revenue will be deposited to the Inmate Welfare Fund. 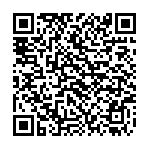 Scan the QR code with a mobile device camera to access the latest version of this document online:
https://sfethics.org/ethics/2015/03/city-officer-board-of-supervisors-filed-march-9-2015-contractor-global-tellink.html