Vice-Chairperson Renne called the meeting to order at 5:31 PM.

Information Technology Officer Steven Massey introduced the San Francisco University students, Kristen Wolslegel and Jeffrey Thorsby, and provided a brief overview of their data visualization project. He stated that their work has been impressive and that the Commission is lucky to have had them.

Kristen Wolslegel and Jeffrey Thorsby led the Commission through their data visualization project that analyzed campaign finance data from the 2014 election cycle. Ms. Wolslegel stated that they were presenting a preview of the project and that the final version will be included on the Commission’s website within a few weeks. Ms. Wolslegel and Mr. Thorsby presented six categories of information that they analyzed in their project: total contributions or contributor type, total campaign spending, expenditures on campaign consultants, lobbyist data – including a word cloud relating to the subject matter of each lobbyist contact, central county committee data, and the activity of political action committees and general purpose committees. Mr. Wolslegel and Mr. Thorsby created many different types of visualizations which allow a user to interact with the data.

The Commissioners were impressed with Mr. Wolslegel and Mr. Thorsby’s work and thanked them for their work. Ms. Wolslegel noted that $12 million was spent by committees on campaign consultant activity in 2014, whereas in previous years, committees spent on average of $2-3 million. Mr. Thorsby stated that the campaign consultant data is manually entered and suggested electronic filing.

Assistant Deputy Director Shaista Shaikh introduced the item and summarized the report. She stated that only two individuals qualified for public financing during the last election – both in District 10 – and that approximately $195,000 had been distributed. Ms. Shaikh also briefly explained the threshold for receving public financing from the Commission.

V. Discussion and possible action regarding a proposed amendment to Commission regulation 1.142-2, which would allow staff to implement an electronic filing system for candidates participating in the City’s public financing program.

Deputy Executive Director Mainardi introduced the item. He stated that the proposed regulation would allow staff to accept filings for the public financing program electronically through NetFile. Information Technology Officer Massey stated that all of the qualifying forms and various administrative forms would be instantly posted on the Commission’s website and the amendment would increase efficiency.

Deputy Executive Director Mainardi introduced the item and briefly outlined the proposals in staff’s memorandum. The Commission decided to discuss each of the six proposals separately.

Commissioner Keane stated that this proposal had a great deal of merit and the Commission should go forward on it. He stated that the item should be on the November 2015 ballot. DCA Shen noted that, as the Commission would be proposing additional limits on contributions, the amendments would need to be substantiated by a legislative record. He also noted that the legislative record would need to be built prior to reaching the step of placing something on the ballot. Vice-Chairperson Renne asked staff to draft proposed language in order to discuss it at the Commission’s next meeting.

Public Comment:
Larry Bush stated that establishing a record was critical, including interested persons’ meetings and additional Commission meetings. He stated that it made sense to put this item on the ballot.

Anita Mayo distributed a letter to the Commissioners and stated that the amendments could raise constitutional issues, as an ordinance limiting ballot measure committees could have First Amendment implications. She stated that contributors are already identified in public filings.

Robert van Ravenswaay agreed with staff’s point to build a record. He stated that the Commission may wish to seek legal briefing regarding possible legal challenges.

Motion 15-02-23-02 (Keane/Hayon): Moved and seconded that the Ethics Commission go forward and hold the necessary IP meetings that staff determines are necessary to build a record relating to this and that the Commission discuss the matter at its next meeting.

Motion 15-02-23-03 (Keane/Hayon): Moved, seconded, and passed (4-0; Hur excused) that the Ethics Commission hold the necessary IP meetings that staff determines are necessary to build a record relating to this matter and that the Commission discuss the matter at its next meeting to put the matter on the ballot for the voters of San Francisco.

Vice-Chairperson Renne renewed his request that staff draft proposed language that the Commission should recommend to go on the ballot.

Deputy Executive Director Mainardi explained that the proposal would required individuals who engage in a certain level of fundraising and/or bundling for candidates to report activity. He stated that the Commission would need to decide what the proposed threshold would be for reporting. He explained that lobbyists are already required to report fundraising for candidates as the risk for quid quo pro corruption is particularly great.

Commissioner Keane recommended that staff move forward on this issue. He suggested staff to draft proposed regulations that would address the bundling problem with some teeth. Vice-Chairperson Renne suggested that the bundler would have to be someone who is seeking favors from the City, as many individuals support candidates who never lobby or do business with the City. Deputy Executive Director Mainardi suggested that the Commission could require a monetary threshold or impose the disclosure requirement on the candidate committee.

Public Comment:
Larry Bush stated that City contractors are not currently prohibited from raising money for a candidate, even though that contractor may be prohibited from contributing to that candidate. He supported the amendment, so that the Commission would close the loophole.

Anita Mayo suggested that the additional reporting requirements should be on the recipient candidate committees and not donors.

Motion 15-02-23-04 (Keane/Andrews): Moved, seconded, and passed (4-0; Hur excused) that the Ethics Commission request staff to go forward and come back to the Commission with language relating to the regulation of bundling, sensitive to the concerns of not picking up some innocent member of the public.

Deputy Executive Director Mainardi stated that this proposal, which would allow a successful plaintiff to recover half of any penalties imposed, was in the Civil Grand Jury’s most recent report. He stated that similar provisions on the state level and in Los Angeles are not frequently used in those jurisdictions. Commissioner Hayon asked if someone may sue under current law. Deputy Executive Director Mainardi stated that a plaintiff may currently sue to force compliance, after hearing from the Commission and City Attorney’s Office that they will not enforce the alleged violations.

Public Comment:
Larry Bush stated that public loses confidence when investigations take so long. He stated that there is some value in having something hanging over enforcement.

Robert van Ravenswaay stated that Proposition J had a provision allowing a plaintiff to recover 10% of any penalty and attorney’s fees.

Anita Mayo stated that this amendment would appear to give the impression of something other than wanting to enforce compliance of the law. She stated that ensuring compliance with the law should be the priority of the Commission, City Attorney, and District Attorney and not bounty hunters.

4. Contribution bans for persons receiving a “public benefit” from the City.

Deputy Executive Director Mainardi explained the proposal. He stated that a contractor ban currently exists, but that this proposal would return to the previous ban on contributions from those seeking “benefits” from the City. He explained that this proposal would expand the ban to include decisions on permits, which are not currently covered by the ban. He also noted that the Commission would need to build a legislative record for this amendment, involving complicated housing and tax issues, in order to justify the limit.

Motion 15-02-23-05 (Keane/Hayon): Moved, seconded, and passed (4-0; Hur excused) that the Ethics Commission direct staff to draft language that will address the question of someone who is receiving a public benefit from the City not being allowed to engage in contributing or engaging in any other type of pay to play activity.

Public Comment:
Robert van Ravenswaay referred to the Civil Grand Jury report and its section on the history of Proposition J and its repeal.

Larry Bush stated that Proposition E was passed under the radar. He stated that he doubts anyone at the Board of Supervisors would sponsor this proposal.

Anita Mayo stated that the legislative digest for Proposition E specifically stated that it would delete the taxpayer language and that the ordinance was being more narrowly tailored to accomplish goals. She urged the Commission not to reenact any of the confusing portions of Proposition J.

5. Debarment as a penalty.

Deputy Executive Director Mainardi explained that this proposal would render a person ineligible from bidding or being considered for a City contract for a certain amount of time. He stated that this was a serious penalty and it may not be warranted and/or the City may have other interests. DCA Shen explained the debarment procedures which currently exist in Chapter 28 of the Administrative Code. He stated that Chapter 28 is not explicitly linked to the Ethics Commission enforcement process, but that the Commission could try to incorporate debarment as part of a settlement.

Public Comment:
Larry Bush stated that the federal government has debarment and it is a serious tool not to be used frivolously. He objected to the other procedures as the process does not happen in public.

Kevin Heneghan spoke against the proposal to add debarment to CFRO. He stated that the current City process could seek debarment regarding serious violations.

Deputy Executive Director Mainardi explained that slate mailer organizations file campaign statements with the Secretary of State. He stated that currently courtesy copies are filed with the Department of Elections and this proposal would require those copies to be filed with the Ethics Commission instead.

Public Comment:
Larry Bush stated that the clerk at the Department of Elections does not sort out San Francisco submissions and it is difficult to find filings for San Francisco candidates.

VII. Discussion and possible action regarding an amendment to the changes to the San Francisco Campaign Finance Reform Ordinance which were approved by the Commission at its January 26, 2015 meeting.

Deputy Executive Director Mainardi recused himself and sat with the public.

[The Commission recessed at 7:43 PM and returned into closed session at 7:50 PM.]

Motion 15-02-23-09 (Keane/Andrews): Moved, seconded and passed (4-0; Hur excused) that the Ethics Commission keep confidential the matters discussed in closed session and request that Supervisor Farrell file a response to the Commission no later than March 15, 2015 to the forfeiture letter.

Vice-Chairperson Renne stated that the Commission requested a response from Supervisor Farrell regarding the forfeiture letter, no later than March 15, 2015.

IX. Discussion and possible action on the minutes of the Commission’s meeting of January 26, 2015.

The Ethics Commission adjourned the meeting at 8:54 PM. 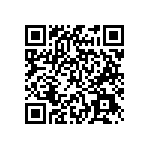 Scan the QR code with a mobile device camera to access the latest version of this document online:
https://sfethics.org/ethics/2015/03/minutes-february-23-2015.html