Chairperson Hur called the meeting to order at 5:33 PM.

A member of the public stated that he heard a recording of Commission Keane praising a man for the successful prosecution of a Sunshine matter. He repeated Commissioner Keane’s statements and asked how everyone else who is unsuccessful feels knowing they are not competent enough to pursue a successful ethics complaint. He asked whether the Commission wants an Ethics complaint to be the most exclusive complaint in town. He stated that the public wants decency and fairness.

III. Discussion and possible action on matters submitted under Chapter Two of the Ethics Commission’s Regulations for Violations of the Sunshine Ordinance.

Executive Director St. Croix stated that, as this matter is being considered under Chapter Two of the Regulations, staff did not conduct an investigation and is not making a recommendation in this case. He stated that the Court of Appeals heard Mr. Grossman’s arguments and made its ruling. He stated that the City continues to spend resources on this matter and respectfully asked the Commission to find there was no violation.

Commissioner Renne asked how Mr. Grossman could argue that Director St. Croix violated open government laws when the Court of Appeal ruled against Mr. Grossman on that question. Mr. Grossman conceded that the provision in the Ordinance is no longer enforceable. He stated that the matter involves two other violations, but that the Commission should not even be hearing this case. Chairperson Hur asked Mr. Grossman what the other two violations were. Deputy Executive Director Mainardi referenced the Task Force’s referral letter to the Commission from November 2013.

Public Comment:
A member of the public stated that he was gratified that Commissioner Keane recognized the obstacles in pursuing a violation of open government laws. He stated that the City Attorney turned over records to Mr. Grossman after he filed the lawsuit.

Peter Warfield stated that there are many conflicts and specifically noted that Commissioner Hayon had previously granted an extension for this matter. Mr. Warfield read the three violations and objected to Director St. Croix’s statement that departments are not required to create a document.

Motion 15-01-26-01 (Renne/Hayon): Moved, seconded and passed (5-0) that the Ethics Commission find there is no basis to find that Executive Director St. Croix violated his obligations and that the Commission is bound by the finding of the Court of Appeals that his actions were consistent with San Francisco open government ordinances.

IV. Discussion and possible action regarding the approval of proposed amendments to San Francisco Campaign Finance Reform Ordinance, which are intended to update and streamline certain reporting disclaimer requirements, as well as to repeal certain contribution limits.

Motion 15-01-26-02 (Keane): Moved and not seconded that the Ethics Commission continue this item to the Commission’s next meeting.

Commissioner Keane moved to continue the item. He stated that Mr. Mainardi did an excellent job, but that he has not digested everything in light of all of the other materials. Chairperson Hur stated that it would be useful for the Commission to have a discussion. Commissioner Hayon stated that she would like to hear from the people who attended the meeting. Commissioners Renne and Andrews agreed. Commissioner Keane then proposed to add the item to the next meeting for any additional issues.

Mr. Mainardi stated that, for the sake of clarity and by virtue of case law, staff has proposed the repeal of two provisions of the contribution limit sections – section 1.114(a)(2) and section 1.114(c).

Public Comment:
Larry Bush stated, on behalf of Friends of Ethics, that the Commission has never, as a body, decided to take up the issues addressed by staff’s proposed amendments. He also stated that he had sent a memo to the Commission and none of the issues he raised was included in staff’s draft.

Anita Mayo, from Pillsbury Winthrop Shaw Pittman, applauded staff’s efforts to clean up the contribution limits, as it would conform with prevailing case law.

Deputy Executive Director Mainardi explained that the second set of amendments relates to disclosure requirements for third parties who are involved in supporting or opposing local candidates.

Chairperson Hur asked which proposal from pages 7-10 received the most negative feedback. Mr. Mainardi mentioned four criticisms from the Friends of Ethics letter. Commissioner Keane asked about the issue of member communications. Mr. Mainardi explained that it is difficult for some organizations, such as labor unions, to determine how much of each individual’s membership dues is attributable to a particular mailer and that no jurisdiction at any level requires such disclosure of membership dues.

Public Comment:
Larry Bush discussed the four issues raised in his letter. He stated that non-profits are involved in ballot measure campaigns and that there should not be an exemption for 501(c)(3) organizations. He stated that his group wants disclosure of groups’ membership. He also suggested adding a 24-hour reporting requirement for expenditures made on Election Day, as it is not the practice now.

Robert van Ravenswaay stated that he was on the Civil Grand Jury last year. He stated that the amendments need to say how they would further the purpose of the Ordinance. He also wondered how the changes would affect the datasets currently available on the Commission’s website.

Mr. Mainardi stated that the proposed amendment language currently states how the amendments would further the purpose of the Ordinance. He also stated that the disclosure would be made on state forms and that they would be easier to read than they currently are and would be available electronically.

Kevin Heneghan stated that he has not had a chance to review the amendments line by line, but that there are times during an election cycle that he reviews a mail piece and there may be eight or nine filings for a mailing that costs about $4,000. He stated that the Commission is just one step in the process to amend CFRO. The proposals would then need to move to a Board Committee, then the full Board, subject to the 30-day rule. He suggested that the Commission move forward.

Commissioner Keane asked Mr. Mainardi to analyze the issue of anonymous donors. Mr. Mainardi referenced a portion of staff’s memorandum devoted to this issue. He explained that there is no need for this type of disclosure at the local level, as the disclosure requirements are different from federal law, and that San Francisco has an existing electioneering communication rule that requires disclosure of donors.

Chairperson Hur asked why staff was proposing omitting the requirement to include the total cost of the mailer in the disclosure. Mr. Mainardi stated that staff proposed to make the same rules for all communications, and that rule only applied to mailers. He also stated that staff proposed that the disclosure include a reference to the Commission’s website so that more information would be provided. The Commissioners then discussed changes in the font size of disclaimers.

Public Comment:
Larry Bush commented on Decision Point 2. He stated he was sorry to see the vendor payments removed.

Commissioner Keane suggested that the issue be revisited during the next meeting. DCA Shen stated that the decision point summarizes technical changes that are already in the version presented to the Commission and public.

Commissioner Keane asked about the status of making the Commission’s materials available in other languages. Director St. Croix stated that he is working with the City to address translations and that he does not know yet what the cost, if any, will be.

Chairperson Hur asked whether staff has checked to see if the NetFile contract is still a good deal and expressed concern that the Commission be able to keep a contract at a reasonable cost.

Public Comment:
Larry Bush stated that he was delighted to hear that Forms 700 will be searchable. He stated that information on the forms is being missed since they are difficult to review. He suggested that the Commission use any additional funds for a part-time Commission Secretary.

VI. Discussion and possible regarding action regarding a complaint received or initiated by the Ethics Commission.

Motion 15-01-26-09 (Renne/Keane) Moved, seconded and passed (5-0) that the Ethics Commission keep confidential the matters discussed in closed session, except for an announcement.

Executive Director St. Croix made an announcement. He stated that, in the matter of Ethics Complaint Number 19-131115, the Ethics Commission made a determination that there is probable cause to believe eight violations of the California Government Code and two violations the San Francisco Campaign and Governmental Conduct Code occurred (including California Government Code sections 84200(a) and 84104, and San Francisco Campaign and Governmental Conduct Code section 1.118); and that the Respondents, Lynette Sweet and Sweet for Supervisor 2010, committed them. Each Commissioner who participated in the decision to find probable cause certified on the record that he or she personally heard or read the testimony, reviewed the evidence, or otherwise reviewed the entire record of the proceedings. Executive Director St. Croix stated that the Respondents are presumed to be innocent unless and until such time that the allegations are proved in a subsequent hearing on the merits.

VII. Discussion and possible action on the minutes of the Commission’s special meeting of December 16, 2014.

Executive Director St. Croix stated that BDR had obtained a judgment in favor of the City in the second case.

Commissioner Andrews asked about any surplus funds raised by the Commission during the fiscal year. Director St. Croix stated that the funds are returned to the City’s general fund.

The Ethics Commission adjourned the meeting at 9:44 PM. 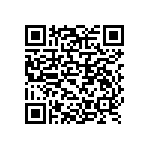 Scan the QR code with a mobile device camera to access the latest version of this document online:
https://sfethics.org/ethics/2015/03/minutes-january-26-2015.html