b. All San Francisco candidates without committees being voted upon in the November 3, 2015 election.  (These filers file a Form 470 covering the calendar year and need not file if they have already filed a 470 for the current election and year.);

c. All committees primarily formed to support or oppose local candidates or ballot measures being voted upon in the November 3, 2015 election; and

d. General purpose committees that make $500 or more in contributions or expenditures during the pre-election period.

All major donor committees, recipient committees and independent expenditures committees must file the following FPPC forms electronically: 460, 461, 465, 496 and 497.  A committee that files electronic campaign statements must continue to file electronically until it terminates.  There are two ways to comply with this requirement:

2. General Purpose Committees that make contributions or expenditures totaling $500 or more during a Pre-Election period

All San Francisco general purpose committees, which include Independent Expenditure and Major Donor Committees, must file pre-election statements before any election held in the City and County of San Francisco at which a candidate for City elective office or City measure is on the ballot, if the committee makes contributions or expenditures totaling $500 or more in the applicable pre-election period, but NOT if its only payments are for costs related to the establishment and administration of that committee.  The excluded costs include those for legal and accounting fees and other expenses incurred in setting up and running a sponsored committee.

The 90-day period immediately preceding an election is called the Late Reporting Period.  For the November 3, 2015 election, the Late Period covers from August 5, 2015 through November 2, 2015.  During this period, you may be required to file additional reports, as described below.

FPPC Form 496:  File Form 496 within 24 hours of making independent expenditure(s) that total $1,000 or more to support or oppose a single candidate or ballot measure.  If you are supporting or opposing a candidate or measure in San Francisco, you must file Form 496 with the San Francisco Ethics Commission.  If you are an electronic filer, you must file Form 496 in electronic format.  In addition, a legible copy of any independent expenditure concerning City candidates must now accompany any Form 496. These communications may be emailed to the Commission at ethics.commission@sfgov.org.  The email should reference the report number(s) of the filed Form 496 and the name of the filer.

5. Disclaimer Requirements for all City campaigns

The disclaimer requirements for all City campaigns (i.e. “Paid for by” rules), including ballot measure campaigns, have changed to supplement state law requirements. The Ethics Commission has produced a number of Disclaimer Charts that indicate how to comply with the new rules. To view these charts please use the following link: 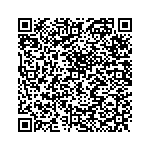 Scan the QR code with a mobile device camera to access the latest version of this document online:
https://sfethics.org/ethics/2015/09/courtesy-notice-september-21-2015-courtesy-notice-regarding-the-september-24-2015-first-pre-election-filing-deadline-for-the-november-3-2015-election-general-purpose-independent-expenditures.html