A candidate running for the Board of Supervisors who seeks public funding must abide by his or her Individual Expenditure Ceiling, which begins at $250,000, and may be raised in increments of $10,000 based on the sum of opposition spending against the participating candidate and the total supportive funds of the candidate’s opponents. A candidate is required to file the Threshold Form within 24 hours of receiving contributions or making expenditures that equal or exceed $100,000 and for every $10,000 thereafter. During the 90 days prior to an election, any person (including a committee) making independent expenditures, electioneering communications, or member communications that clearly identify a candidate for city elective office is required to file FPPC Form 496, SFEC Form 162 or SFEC Form 163 within 24 hours of each time the person spends $1,000 or more per candidate.

The Ethics Commission, established in November 1993, serves the public, City employees and officials and candidates for public office through education and enforcement of ethics laws. Its duties include: filing and auditing of campaign finance disclosure statements, lobbyist and campaign consultant registration and regulation, administration of the public financing program, conflict of interests reporting, investigations and enforcement, education and training, advice giving and statistical reporting. 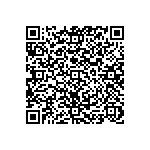 Scan the QR code with a mobile device camera to access the latest version of this document online:
https://sfethics.org/ethics/2015/09/sf-ethics-commission-announces-that-the-individual-expenditure-ceiling-has-been-raised-for-a-candidate-for-the-board-of-supervisors-in-district-3-6.html