Chairperson Renne called the meeting to order at 5:32 P.M.

II. Public comment on matters appearing or not appearing on the agenda.

Chairperson Renne stated that the Commission would hold a special meeting on January 5, 2016 at 9 am to replace the cancelled December 2015 meeting.

Charles Marsteller stated that the budget should be a piece of cake.

Kevine Boggess, Coleman Advocates for Children & Youth, commented on the implementation of Proposition C.  He stated the Commission should consider non-profit organizations like his, as parents should not lose the ability to have their voices heard.  He asked that the Commission not minimize the voices of low-income families and young people in San Francisco.

III. Discussion and possible action regarding the Commission’s appointment of a new Executive Director.

LeeAnn Pelham stated there was lots of work to do and appreciated the effort it took to hire a new Director.  She stated she was looking forward to the challenges and starting the next chapter.  She stated the Commission has the opportunity to build on past successes and strengthen the organization.  She stated that she would like to look for additional resources, strengthen enforcement – including maximizing objectivity and fairness and being appropriately transparent, and initiating and shaping public policy.  She stated that she was very excited to work with the Commission, its staff, and the public.

IV. Discussion and possible action regarding Commission’s implementation of the provisions of Proposition C, the recently approved measure placed on the ballot by the Commission which imposed reporting requirements on expenditure lobbyists.

Commissioner Keane stated that the people of San Francisco are well served by the Proposition and assured Mr. Boggess that he had no reason to worry.  He stated that there may be little things the Commission may have to tinker with like exemptions, but that it could be accomplished through regulations.  Chairperson Renne stated that he thought regulations would be the appropriate route to make any changes.  He also agreed with Commissioner Keane that members of small non-profits like Coleman’s are not expenditure lobbyists.  He stated that regulations could protect against any adverse impact on low-income organizations.  Vice-Chairperson Andrews stated that he raised a concern about non-profits earlier in the discussion of the ballot measure and stated there is an opportunity to seek more community input.  Commissioner Hur agreed and stated that the Commission should evaluate and make any decision after hearing from the public.

Public Comment:
Larry Bush stated that state code uses a broader definition and the Commission could modify the requirements through regulations.

Eileen Hansen stated that this ballot measure went to the voters very quickly and there was no targeted outreach to non-profits or unions.  She suggested that the Commission hold at least two IP meetings – one during the day and one in the evening.

Acting Director Mainardi stated that an interested persons meeting should occur before writing a draft and noted that regulations may not be in place when the Ordinance becomes effective on February 1, 2016.  Chairperson Renne asked staff to schedule an Interested Persons meeting before the end of December 2015 so staff could report on the discussions during its special meeting on January 5, 2016.   Commissioner Hur asked whether the Commission would consider implementing regulations during its regular January 2016 meeting.

Vice-Chairperson Andrews stated that the discussion regarding Proposition C would be on the regular January 2016 meeting’s agenda.

Acting Director Mainardi stated that staff sent e-mails to clubs and unions and invited them to join the Interested Persons list.  He stated the response was not large.

Eileen Hansen asked for a copy of the outreach list and offered to assist in expanding it.  She suggested the Commission do outreach immediately and asked whether the provisions of the new law could be postponed.

Rob van Ravenswaay stated that the Commission should, before making any changes to the Ordinance, consider whether any amendments further the purpose of the Ordinance.

VI. Discussion and possible action on an Annual Report for Fiscal Year 2014-2015.

Acting Director Mainardi presented the changes to the draft report proposed by the Commission during the regular October 2015 meeting.

Motion 151123-02 (Andrews/Keane): Moved and seconded that the Commission adopt the Annual Report.

Charles Marsteller approved of the updated version of the report.  He thanked the Commission for the appointment of such a dynamic Executive Director.  He supported Mr. Bush’s comments.

Motion 151123-03 (Hur/Andrews): Moved, seconded, and passed (4-0; Hayon excused) that the Commission adopt the Annual Report, including a link to the Controller’s Office report in a footnote.

Chairperson Renne stated that the Commission is scheduled to have a special meeting on January 5, 2016 at 9 am in Room 416 regarding the budget.  He stated that staff will also report on the IP meeting regarding Proposition C. 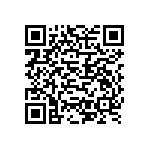 Scan the QR code with a mobile device camera to access the latest version of this document online:
https://sfethics.org/ethics/2016/01/minutes-november-23-2015.html