The job announcement for the Ethics Commission’s Deputy Director position was posted at the end of March on the City’s employment page, at https://www.jobaps.com/sf/.  To help attract a wide range of candidates, the position description was posted by the City’s Department of Human Resources on four additional web sites it recommended. To maximize the benefit of our 30-day listings on those sites, we have extended the application deadline from April 22 to Friday May 6, 2016.

Beginning in late March we welcomed three temporary, as-needed Staff Assistants to our office to help with the growing election season workload. Luke Gray is finishing up his undergraduate studies in Political Science and Philosophy at UC Davis this quarter, and he is receiving academic credit for his work with us. Frances McEvoy joined us after having served as a part-time office assistant with the Commission in late 2015. She will be graduating in May from the University of San Francisco with a degree in Politics. Jack Cannice is a recent graduate of the University of Southern California with a degree in Philosophy, Politics, and Law.  Each has been assisting with a variety of front office projects, including filing assistance, general office duties, and special projects as assigned. Luke will be with us through June 8th, while Frances and Jack will be working with us through June 30, 2016, the end of the fiscal year.

As staff continues to plan for the coming fiscal year, a list of ongoing staff projects and key operational deadlines for July 1 through December 31 2016 is provided in Attachment 1 for informational purposes.

On April 14, staff conducted a training for candidates and treasurers involved in the November 2016 election. The session reviewed a variety of topics from recordkeeping to prohibited contributions and the Commission’s audit function. The session fulfilled the mandatory training requirement for attendees for this election cycle.

The CORO Youth Development Program invited me to do a presentation with 15 of their Bay Area YDP Fellows on April 21st.  The discussion centered around the work of the Commission and the role of ethics in public sector leadership.

Three candidates to date have been certified as eligible to receive public funds in connection with their candidacy on the November 2016 ballot. Two candidates are in the District 1 Supervisorial race and one candidate is in District 11. Under changes to City law that took effect in May 2012, candidates in this year’s election who qualify for public financing may not receive those funds until June 20, 2016, or 142 days before the election.

Staff are now conducting audits of the two candidates who received public financing in 2015 and are collecting audit records from the committees that were randomly selected last month for the other 2015 audits that will be conducted.  Eleven pre-2015 audit reports (seven campaign committees and four lobbyist audits) remain under final supervisory review prior to their release.  Finalizing those audit reports will be a priority over the next two weeks.  Staff has also undertaken an internal review of its audit to assess what processes or approaches might be improved as the new round of audits begins. Additional longer term enhancements are also being examined.

The annual deadline for Statement of Economic Interests (Form 700) was April 1. Roughly 500 individuals are required to file their statements electronically with our office. Those include all elected officials, members of boards and commissions, and department heads.  As of April 19, 2016, 95 percent of e-filers had filed their Annual Form 700 through the Commission’s online filing system.  We will be providing a list at the end of this month to the Mayor’s Office and Board of all electronic filers whose statements remain outstanding at that time.

Table 1 – Summary of Pending Formal Complaints, by Type, as of Mid-April, 2016

One new referral was submitted on March 23, 2016 to the San Francisco Bureau of Delinquent Revenues (BDR) since the last Executive Director’s report.  The following chart summarizes active accounts that have been referred by the Ethics Commission.

I look forward to answering any questions you might have in connection with this Executive Director’s report at the April 25th Commission meeting. 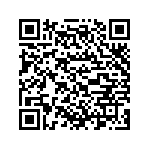 Scan the QR code with a mobile device camera to access the latest version of this document online:
https://sfethics.org/ethics/2016/04/executive-directors-report-april-25-2016.html