Larry Bush handed a list of organizations and individuals that have endorsed Proposition T, including all members of the Board of Supervisors.

Ray Hartz stated that, according to the Clerk of the Board’s office, signs exceeding 11”x17” are prohibited and that small signs are permitted.  He stated that interruptions of public comment are considered a breach of his First Amendment rights.

Michael Petrelis stated that the Commissioners infringed on his First Amendment rights during the last Commission meeting.  He stated that there is no prohibition on signs, only those that are mounted.

3. Discussion and possible action on draft minutes for the Commission’s September 26, 2016 regular meeting.

Charles Marsteller suggested a change at the bottom of page 4, regarding a comment he made.

Ray Hartz stated that any member of the public may submit a written statement and that nothing prohibits him from using a curse word.

Michael Petrelis objected to the draft minutes, as they did not reflect his attempt to have three minutes of uninterrupted public comment during the last Commission meeting.  He stated the minutes did not reflect reality.

Jarrod Flores, Education and Compliance Officer, introduced the item.  He stated that staff had provided a snapshot in time of activity so far in the November 2016 election.  Commissioners Keane and Kopp complimented staff on its work.

Larry Bush, from Friends of Ethics, stated that people were thrilled with the completeness of the report.

Ray Hartz asked the purpose of the report, as he had during the previous meeting.

Executive Director LeeAnn Pelham stated that the initial update provided by staff last month was designed to help people understand campaign finance data and third party spending.  She stated the report was sent to the IP list, as well as being part of the agenda.

Deputy Director Jessica Blome introduced the item.  She provided an update on the Kawa matter and stated that this type of information for the Enforcement program would be provided for every Commission meeting.  She noted areas to improve and acknowledged that there are too many matters in preliminary review and pending in investigation.  She stated that staff would be undertaking an educational campaign so the public and City employees and officials would be aware of what the Commission’s jurisdiction is and how enforcement works.

Commissioner Kopp asked about investigations that have stopped because the District Attorney’s Office asked staff to stop.  He asked to talk about that issue during the next Commission meeting.  He suggested the Commission consider placing a 90-day limit on any holds before continuing with an investigation.  Vice-Chairperson Keane asked whether the Commission could move from having probable cause hearings in closed session to having them in open session.  Commissioner Kopp agreed with the idea.  Deputy Director Blome stated that staff would like to engage with the public and interested parties on ideas on how to change the enforcement process.

Larry Bush stated that the Civil Grand Jury report from June 2014 noted many similar items. He suggested that staff and the Commission look at other similar agencies.

Ray Hartz stated that he has been coming to meetings for 8 years and is a member of Mensa. He complimented the report and was amazed at the comment that the Commission should give more deference to the Task Force.

Dr. Derek Kerr stated that it was not enough to talk about resources and investigations.  He stated that whistleblowers represent a threat to the City family.  He asked that staff address the implicit bias against whistleblowers and their fear for their own careers.

Charles Marsteller stated that this is the most discussion on the Enforcement program that he has heard in the 19 years he has been following the Commission.  He asked about new staff appointments and stated a concern about possible freezing of hiring due to budget issues in the next few weeks.

Executive Director Pelham stated that two positions were being posted this week and that the other positions would most likely start in early January.

Starchild stated that a copy of a letter provided to the Commission was incomplete.  He stated that he wanted this matter to be on today’s agenda and was not told of procedure regarding getting things on the agenda and filing complaints.  Director Pelham stated that simply filing a complaint with the Commission does not place it on a public agenda.  Starchild provided a full copy of his letter.

Ray Hartz proposed a reset with the Commission, after coming to its meetings for 8 and ½ years.  He stated that the hiring of Ms. Blome is movement in the right direction.  He stated that he was still concerned that he filed two complaints and both were dismissed without a hearing.

7. Discussion and possible action regarding proposed settlement for the Ethics Commission’s consideration in Mark Farrell for District 2 Supervisor 2010, et al. v. City and County of San Francisco, et al. (S.F. Superior Court Case No. 16-551745) for a $25,000 payment by Supervisor Farrell and mutual release of legal claims.

Ray Hartz stated that this matter has dragged on for years and it has been frustrating for the public.

Larry Bush, for Friends of Ethics, stated that Supervisor Farrell has bragged in a newspaper article that he would not come before the Commission.  He s

In this case, the Ethics Commission took a stand against the impunity of big money in political campaigns. You had many reasons to back down. Your former Executive Director stayed inert and kept you in the dark during a 4-year FPPC investigation. The City Attorney dodged this case, fretting about the statute of limitations. Pressured by the Sutton Law Firm and the City Attorney, Mr. St. Croix caved. You were seeking a budget increase before the Board’s Budget and Finance Committee – chaired by Supervisor Farrell. And Mr. Farrell refused to appear before you, calling it a “waste of time”. The Ethics Commission performed courageously and honorably. Small as it is, the $25,000 settlement proposal represents an advance for this Commission and for campaign ethics.

Charles Marsteller stated that there are possible issues that should be raised with the District Attorney or become part of a criminal investigation.

Commissioner Kopp noted that he wrote a letter that Supervisor Farrell should recuse himself from voting on the budget for the Commission.

Chairperson Renne announced that the Commission voted 3-2 in favor of approving the settlement agreement.

Chairperson Renne made a statement regarding why he supported the settlement.  He stated that, after the matter was first sent to the Treasurer for collection, mediation was set up.  He stated he sought two items: admission of responsibility for wrong-doing of the committee and a significant payment of a fine.  He stated that the City became aware of the risk, after Supervisor Farrell filed the Anti-SLAPP motion, that if the City did not prevail, it would be responsible for substantial legal fees.  He believes the $25,000 amount was a significant amount and sends a strong message.  He stated that there were always procedural and substantive concerns with this case.  He stated that settlement was in the Commission’s best interest and in the best interest of the citizens of San Francisco.

Commissioner Kopp stated that he adopted all of the statements made by Vice-Chairperson Keane.  He stated that it is not his conclusion that Supervisor Farrell did not authorize the actions of his former campaign consultant with respect to CSV.  He stated that this case is based upon a prior City employee’s malpractice.  He stated he would probably accept the $25,000 payment, but he would not accept the recitals.

Commissioner Hayon stated, as a citizen and voter of San Francisco and as the Commission’s only non-lawyer, she respected the legal opinions. She stated that the bottom line is that Supervisor Farrell took responsibility for soliciting an illegal contribution and he is going to pay a fine.  He stated that voters can feel satisfied with that.  She stated that, in the future, the Commission will take such complaints and deal with them quickly and appropriately.

Commissioner Chiu echoed the remarks from Commissioner Hayon and Chairperson Renne.  She stated the case had procedural and legal issues and that Supervisor Farrell has accepted responsibilities of the actions of his agents.  She stated that, for future violations, the Commission will act more expeditiously and effectively.

Chairperson Renne noted, in response to Vice-Chairperson Keane’s statements, the specific language in the order referencing the FPPC’s finding.  He stated that all sworn documents filed by Supervisor Farrell have denied any knowledge and that the Commission has no evidence to counter his denial.  He stated that there have been lots of accusations, but no evidence supporting them.

Larry Bush stated there had been no discussion on Helfund and suggested that the Commission require someone to appear before it.

8. Discussion and possible action on items for future meetings.

Vice-Chairperson Keane suggested a discussion regarding a Charter amendment so that probable cause hearings are no longer done in closed session.

Larry Bush stated that he was impressed with the calendar for upcoming agenda items for 2017.  He suggested that the Commission engaged in stronger outreach to unions and minority organizations.

Starchild asked the Commission to place his letter on an agenda for a future meeting and stated that it should be heard before the election.  Commissioner Hayon noted that red and blue are national colors on the flag and that she respected Starchild’s view.  Chairperson Renne stated that he had serious questions over whether the Commission has jurisdiction over that matter.

9. Additional opportunity for public comment on matters appearing or not appearing on the agenda pursuant to Ethics Commission Bylaws Article VII Section 2.

The Commission adjourned at 5:14 PM. 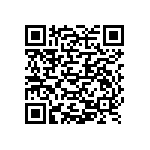 Scan the QR code with a mobile device camera to access the latest version of this document online:
https://sfethics.org/ethics/2016/11/minutes-october-17-2016.html