All active campaign committees must file their semi-annual campaign disclosure statements by January 31, 2017.  Depending on the last filed reports, these statements may cover one of the following periods:

If a committee filed a statement in 2016:

from the day following the closing date of the committee’s last disclosure filing through December 31, 2016

If a committee filed no statement in 2016:

To assist committees with their filing requirements and help the public understand what information committees are updating, the Ethics Commission’s Education and Compliance staff have prepared the following summary reminders:

Who Needs to File What?

The following filers must submit campaign statements with the Ethics Commission:

Who Needs to File?

Who Needs to File?

After the Campaign: Additional Post-Election Reminders

A political committee’s public disclosure obligations do not end simply because the election is over. Under the law, committees must continue to publicly report their campaign activities on a Form 460 until they formally terminate.

If no funds are left in a committee’s campaign bank account and it will not raise additional funds, the committee should close the account and campaign committee.

Before terminating, a committee must have filed all required campaign statements and disclosed all reportable transactions. This includes the disposition of leftover funds and elimination of all debts.

To terminate, a committee must:

To learn more about the steps required to terminate as a political committee, including what committees may do with any money remaining in their campaign bank accounts, please contact the Commission’s Education and Compliance staff at 415-252-3100.

All political committees that plan to remain open in 2017 must pay an annual $50 registration fee to the Secretary of State no later than January 15, 2017.

City law requires the Ethics Commission to audit all publicly financed candidates. The Ethics Commission also audits other committees that were active in 2016. Committees are responsible for maintaining accurate and organized documentation of campaign records. See the list of records that committees must keep and provide for audit purposes.

Ethics Commission Staff are available to assist you with any compliance questions you may have to better understand with these important public disclosure requirements. We encourage you to contact a member of our Education and Compliance Staff for further information and guidance. We can be reached Monday through Friday from 8am to 5pm at 415-252-3100 and will be happy to help you. 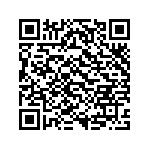 Scan the QR code with a mobile device camera to access the latest version of this document online:
https://sfethics.org/ethics/2017/01/reminders-for-semi-annual-campaign-filings-due-january-31-2017.html