Chairperson Renne called the meeting to order at 5:32 PM.

3. Discussion and possible action on draft minutes for the Commission’s December 19, 2016 special meeting.

Commissioner Kopp requested that the following changes be made: Item 7, 2nd paragraph of the “Discussion for Enforcement Report,” the word “Court’s” be changed to “BDR.” On page 5, change the sentence right above “Public Comment” to read “The individual Commissioners acknowledged and congratulated Executive Director Pelham on her election to the Governing Board of the Council on Governmental Ethics Laws.  Lastly, the 4th bullet point on page 5, the word “developed” be changed to the present tense “develop.”

Mr. Dalju began his presentation by introducing himself and explained the history of the case. He noted that in the brief Ms. Buie and the African American Democratic Club were listed as respondents, but in the probable cause and the accusation that was issued by the Commission only applied to Ms. Buie.

Mr. Dalju recommended striking the African American Democratic Club from the recommendation by staff for these violations.

Ms. Buie then proceeded with her presentation.  Ms. Buie explained that at one point she was working with then-Director John St. Croix to get copies of the committee’s bank statements from Wells Fargo Bank, but the bank said it no longer had any records of the committee’s account. Ms. Buie responded to individual Commissioners as they asked questions about the matter.

Commissioner Renne asked how staff arrived at the recommended $1,000 per violation.

Deputy Director Blome explained that staff looked at past fines for similar violations, which were about $500. Staff felt that because the case had to go to a hearing, the violation should be double that amount. Staff did have some information from the committee to mitigate the penalty amount, which is why they arrived at the recommended $1,000 per violation.

Commissioner Hayon commented on her thoughts about the hearing and supported Commissioner Chiu’s amendment to reduce each of the three violations.

Mr. Spencer introduced himself and explained the operation of the African American Democratic Club. He answered each of the Commissioner’s questions when asked.

Mr. Pilpel stated that he believed Jo Elias-Jackson was a City employee and may still be and that staff should try to reach out to her. He also mentioned that the committee’s identification number, 981276, may be incorrect as it would suggest it was created back in 1998. Mr. Pilpel wanted to know if there was any outreach to the FPPC about similar enforcement matters and protocols about terminating such committees. Lastly, he commented that additional training for such committees is needed.

Motion 170123-02 (Chiu/Hayon): Moved, seconded and passed (5-0) that the Commission approve the finding that Ms. Buie committed three violations of the Campaign Finance Reform Ordinance. The Commission amended the administrative penalty from $1,000 per violation to $1 per violation and ordered Ms. Buie to file missing campaign statements.

5. Presentation and Discussion from the Bureau of Delinquent Revenue (BDR) about its collection processes and status of Ethics Commission referrals.

Mr. Smejkal gave a presentation about how cases are processed in the Bureau of Delinquent Revenue. He answered individual questions from the Commissioners about general processes. Mr. Smejkal also answered specific questions about outstanding matters currently at BDR.

Mr. Bush from Friends of Ethics asked if staff could report the payment plans for those persons who entered into settlement agreements and if those persons are paying according to the agreements.

Mr. Washington introduced himself and his interest about learning more about the Ethics Commission.

Chair Renne stated the matter will be continued to the Commission’s next Regular Meeting in February due to the complainant’s health issues and a request for a re-hearing by the complainant because he claimed he did not get timely notified of the re-hearing.

Mr. Pilpel asked that next month’s agenda packet include staff’s response to the complainant’s re-hearing request as mentioned in the email at Exhibit 1.

Deputy Director Blome explained the background of the proposal to change the Commission’s policy on investigation suspension and parallel proceedings.

Commissioner Kopp requested that on page 4, list item 1 of the “Ethics Commission Investigation Suspension Policy” section of the Policy report be amended to include “and then resume such investigations.” at the end of the sentence.

Commission Kopp also requested that the second to last sentence on page 4 be changed to read: “The Executive Director and/or Commission reserves the right…” Commissioner Kopp asked if the Commission has such authority.

Deputy Director Blome explained that the Commission does not have the authority to initiate an investigation and, subsequently, is not informed when an investigation suspension is requested.  She advised against Commissioner Kopp’s second requested change.

Commissioner Keane commented on the relationship of the Ethics Commission with the City Attorney and District Attorney’s offices.

Chair Renne commented and requested that, in addition to Commissioner Kopp’s first request, list item number 1 on page 4 should read “At the City Attorney or District Attorney’s Request, Staff will suspend its administrative investigations and then resume such investigations unless the Executive Director or Commission determines otherwise.”

Director Pelham expressed concern that the Commission should not have a role in directing investigations and suggested the language proposed by Chair Renne regarding list item number 1 not refer to the Commission.

Mr. Bush commented on line item #2 on page 4 of the Policy Proposal.

Motion 170123-03 (Kopp/Keane): Moved, seconded and passed (5-0) that the Commission approve the Proposed Enforcement Policy for Investigation Suspension and Parallel Proceedings, as amended.

Ms. Thaikkendiyil introduced herself as the Commission’s FUSE Senior Fellow. She explained her role and future projects designed to redesign and improve website content and user interaction. Ms. Thaikkendiyil explained that the Ethics Commission will participate in the Committee on Information Technology (COIT) San Francisco Public Voice Program, which is a program that encourages San Francisco residents to test websites and offer their feedback to identify improvements. Staff will also receive a professional consultation from the Lighthouse for the Blind to assist and improve website accessibility to the visually impaired.

The Commissioners commended staff on their efforts in creating the new website.

Mr. Pilpel commented on the new website and thanked staff for their work.

9. Discussion and possible action on proposed Ethics Commission budget framework and recommendations for FY18 and FY19.

Commissioner Chiu expressed her concern about the Mayor’s 3% budget cuts and how it would affect the Commission’s FY17 budget increase for new positions.

Commissioner Keane expressed his concern over the budget process.

Commissioner Renne expressed his support for the budget proposal.

Mr. Bush from Friends of Ethics thanked staff for the budget proposal.

Mr. Pilpel supported the direction of the budget proposal.

Mr. Bush from Friends of Ethics proposed that there be the option for low-budget committees that have committed violations to satisfy their penalties by doing community service.

Mr. Pilpel commented on the Sunshine Ordinance requirement concerning scheduling items about meeting decorum. He observed that Attachment 1 “Age of Matters in Preliminary Review” chart of Agenda Item 10 has an overlapping date range.

Executive Director Pelham announced that Jarrod Flores will become the new Information Systems Business Analyst (1052). He will be working with Steven Massey on the efiling conversion project effective January 30.

Ms. Pelham reviewed the hiring process for open positions, averaging about three months for exempt positions and six months for non-exempt positions.  There is no in-house personnel or finance persons who manage the hiring process and that staff are currently multitasking these roles. Ms. Pelham reported that Dorys Lorio from the City’s Human Resources Department (DHR) has been working with the department to get these positions filled in a timely manner. She expressed her confidence that the process is on track and they will continue to work with DHR to keep the process moving.  Ms. Pelham answered questions from the Commissioners about specific positions.

Ms. Pelham also noted that Catie Hinckley Kelley, the State and Local Reform Program Director of the Campaign Legal Center, will visit to discuss with staff their concerns and insights into administering local campaign finance and lobbying laws. This was also an opportunity for her to share her own insight into what is happening at the federal level.

Mr. Bush commented on the Whistleblower legislation and urged that the Commission to incorporate the suggestions mentioned in his last presentation.

Mr. Pilpel commented on the length of the hiring process.  He also mentioned that page 2 of the Memorandum of Understanding was missing from the agenda packet.

12. Closed session to discuss the status of current investigations. This session is closed because complaints and investigations are confidential under SF Charter section C3.699-13, California Government Code section 54956.9, and Sunshine Ordinance section 67.12.

Mr. Pilpel asked if the Commission could disclose if there were any stipulations that have not been agreed to other than questions about the status of enforcement matters.  The Commission said there were none this month. Mr. Pilpel asked that there be a way to formalize stipulations that do not require a closed session either in the Executive Director’s Report or the Enforcement Report.

13. Discussion and possible action on items for future meetings.

14. Additional opportunity for public comment on matters appearing or not appearing on the agenda pursuant to the Ethics Commissions Bylaws Article VII Section 2.

The Commission adjourned at 9:29 PM. 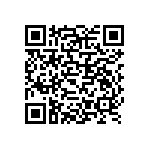 Scan the QR code with a mobile device camera to access the latest version of this document online:
https://sfethics.org/ethics/2017/02/minutes-january-23-2017.html