This post has been updated to indicate the correct day of week for the meeting dates.


The Ethics Commission (“Commission”) will be holding two meetings to receive public input on a legislative proposal the commission is considering for recommendation to the Board of Supervisors. At its April 24, 2017 meeting, the Commission heard staff’s initial analysis of a proposed revision and restoration of a November 2000 voter initiative commonly referred to as Proposal J (“Prop J”) in San Francisco. Prop J, then-known as the “Oaks Initiative” or commonly referred to in several California cities as “Taxpayer Protection Amendments,” sought to eliminate corruption by city officials (appointed and elected) by prohibiting those officials from accepting “personal or campaign advantages” from persons that had or were about to receive a public benefit from a public official.

Specifically, the revised proposal aims to limit the “appearance or reality of conflicts of interest.” The proposal attempts to achieve this goal by banning “personal or campaign advantages” including but not limited to the receipt of contributions. For example, as drafted the proposal would:

Staff will include feedback from these meetings in its analysis and recommendations of the revised proposal when it reports back to the Commission again at its June 26 and July 24, 2017 meetings.

The draft proposal and related documents are below:

The Commission is interested in public comment and any examples, data or research addressing the following issues:

Staff also welcomes written comments on the proposed changes, which can be sent via email to ethics.commission@sfgov.org, or via regular mail to San Francisco Ethics Commission, 25 Van Ness Avenue, Suite 220, San Francisco, CA 94102. Written comment should be submitted no later than June 12, 2017, to be considered in staff’s analysis of the proposal.

For questions about the upcoming Interested persons meetings, please contact Kyle Kundert at the number below. We welcome your input and hope to see you at the meeting.

Please R.S.V.P Your Attendance by Contacting: 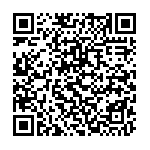 Scan the QR code with a mobile device camera to access the latest version of this document online:
https://sfethics.org/ethics/2017/05/announcement-of-interested-persons-meetings-to-discuss-proposition-j-revision-project-2.html