Chair Keane called the meeting to order at 5:36 P.M.

3. Discussion and possible action on draft minutes for the Commission’s May 22, 2017, meeting.

Commissioner Kopp introduced changes to the minutes of the May 22, 2017 meeting. Discussion ensued.

Motion 170626-01 (Kopp/Renne): Moved, seconded, and passed unanimously (4-0) that the Commission approve the minutes for the May 22, 2017, regular meeting, as amended by Commissioner Kopp.

Kyle Kundert, Senior Policy Analyst, presented the first initial draft. Chair Keane complimented Staff on its good work. Commissioner Kopp advised that both Supervisor Farrell and Supervisor Peskin have agreed to move forward with incorporating their proposed ordinance changes into the Ethics Commission’s Proposition J Revision Project. Vice Chair Chiu asked if there was data on how often any of these problematic behaviors that the Commission is seeking to address have occurred. Mr. Kundert replied that they have found a number of cases that point to that but are still developing the record. Chair Keane advised this will be a final action item for the August meeting, when Supervisor Farrell and Supervisor Peskin will both have had time to review and make observations, which will then be available for the final vote.

Public Comment:
Friends of Ethics members Larry Bush and Charlie Marsteller both had recommendations regarding the Proposition J Revision Project.  Jonathan Mintzer, with Sutton Law Firm, had many concerns regarding the project. Discussion ensued with Commissioners, Staff, and Mr. Mintzer. Debbi Lerman, with San Francisco Human Services Network, advised she looks forward to submitting written comments. Peter Cohen, with the Council Committee on Housing Organizations, commented he is looking forward to continuing to work with Staff and the Commission on this project. Bruce Wolfe was concerned how global and broad the proposed changes are, and remarked it is not good for non-profits. Ace Washington commended the Commission on its work, then commented that non-profits have their own conflicts of interest. Rachel Richmond, on behalf of Professional and Technical Engineers Local 21, advised she appreciates the clarifications that were made in the revised draft as it helped Local 21 understand things that will assist it to draft more detailed comments. Nancy Cross spoke about the homeless problem in San Francisco.

5. Continued discussion and possible action on approaches to obtain independent legal counsel for the Ethics Commission.

Jeffrey Pierce, Senior Investigator/Legal Analyst, presented a memo regarding Commissioner Kopp’s request. Chair Keane invited DCA Shen to respond. DCA Shen expressed the City Attorney’s Offices opinion that independent legal counsel is unnecessary because no conflict of interest exists. Commissioner Renne asked if there has ever been a problem with this in the past. Staff responded that Staff’s concern is of a structural nature. Discussion ensued between the Commissioners, DCA Shen, and Staff.

Public Comment:
Larry Bush spoke regarding his concern and support for independent legal counsel. Hulda Garfolo, member of Friends of Ethics who served on two Civil Grand Jury’s, spoke regarding her experiences in support of Staff’s recommendation for independent counsel.  Ace Washington spoke regarding his visit to the City Attorney’s office while trying to file a complaint.  Mr. Washington noted there will be a town hall meeting in the Western Addition and extended the invitation. Charlie Marsteller said he thinks there is an ultimate authority and that is the People, and the appearance of conflict of interest has weight when it comes to the People. Mr. Marsteller Introduced a summary memo from 2001, written by him and former Commissioner Dockendorf, reviewing best practices agency status for an ethics body, which is the New York City model. Mr. Marsteller provided a hard copy for the Commission to review. Joe Kelly spoke regarding the Commission’s history of erring on the side of the citizens and advised this is an opportunity for the Commission to do as such.

Motion 170626-02 (Kopp/Keane): Commissioner Kopp motioned the Commission ask the Board of Supervisors to amend the Charter, Section 15.102. Motion seconded by Chair Keane.

Chair Keane took role call for the vote. Voted 2-2 (Kopp and Keane voting “aye” and Chiu and Renne voting “no”) on motion by Commissioner Kopp to request a Charter amendment change to obtain independent counsel for the Ethics Commission. Motion failed due to lack of members voting in the majority.

Chair Keane stated the Mayor has been very lax in leaving this Commission with just four members. Commissioner Renne agreed with Chair Keane, commenting that when they vote on the proposition they need at least four votes. Chair Keane advised he will write to the Mayor communicating the Commission’s request to appoint the fifth Commissioner.

6. Discussion of Staff’s Enforcement Report. An update on various programmatic and operational highlights of the Enforcement Program’s activities since the last monthly meeting.

Deputy Director Blome reviewed the Enforcement Report highlighting achievements of the new enforcement staff. Vice Chair Chiu congratulated Staff on moving pending cases off the books, and requested some changes on the way Staff does its reporting.

7. Discussion of Executive Director’s Report. An update highlighting various programmatic issues and operational activities of the Commission’s Staff since the previous monthly meeting that covers a range of topics such as the Commission’s budget, policy developments, outreach activities, audit program, and future staff projects. Any of these subjects may potentially be part of the Director’s presentation or discussed by the Commission.

Executive Director Pelham provided an update on the budget for the Ethics Commission, Annual Policy Plan, new staff, and comments regarding some audits of committees that were active during the 2012 election cycle. Commissioner Renne commented on the 2012 audit issue. Commissioner Kopp commented on the informational item attachment, introduced by Supervisor Cohen, that would expand disclosure filings by candidates to the Retirement Board, Health Service Board and Retiree Healthcare trust fund board, for them to file discourses with the Commission.

8. Discussion and possible action on Commissioner Kopp’s suggestion at the last meeting that the Commission develop a policy, either by law or regulation, that no San Francisco Commissioner can vote on matters before them unless they have filed their Form 700 Statement of Economic Interests disclosure.

Commissioner Kopp stated his view on the issue.  Vice Chair Chiu asked for data from Staff as to the percentage and number of Board and Commissioner members who have not timely filed Form 700 since the Commission started electronic filing. Chair Keane agreed. Commissioner Kopp requested it be on the August Agenda for action. DCA Chen cautioned the Commission that this would require an ordinance to implement this rule, he does not think a regulation would be sufficient. He also asked the Commissioners and Staff to consider if they want the prohibition to include routine and administrative matters, or to focus on substantive matters that may be presented to a Board or Commission. Chair Keane advised they will keep these points in mind for the August discussion.

Public Comment:
Larry Bush commented on the three reports due for Commissioner and Board members. He suggested all three requirements be met to vote. He also commented that the Commission website is not up to date regarding these forms. He continued to discuss the importance of Board members and Commissioners completing Form 700’s to disclose economic interests. Mr. Bush provided an example to the Commission as well as a copy of the law to which he refers. Charlie Marsteller also commented and agreed with Mr. Bush. Hulda Garfolo commented on the filings of Commissioner Johnson of the Planning Commission and a SPUR member, raising questions of conflict of interest.

9. Discussion and possible action regarding status of complaints received or initiated by the Ethics Commission.

Public Comment:
Larry Bush asked if the Commission has ever investigated under the state law he provided in his previous comment.  Staff was unable to confirm. Charlie Marsteller commented on state disbarment and asked how it would apply to the City and County of San Francisco. Staff replied it would have to be reviewed.

10. Discussion and possible action on items for future meetings. INFORMATIONAL NOTE: THE ETHICS COMMISSION HAS CANCELLED ITS JULY REGULAR MEETING. A SEPARATE PUBLIC NOTICE OF THE MEETING CANCELLATION HAS BEEN POSTED.

The Commission adjourned at 8:29 PM. 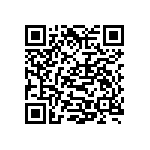 Scan the QR code with a mobile device camera to access the latest version of this document online:
https://sfethics.org/ethics/2017/07/minutes-june-26-2017.html