This Audit Report summarizes the audit results of the Ian Kalin for School Board 2016 Committee, Identification Number 1380968 (“the Committee”), for the period from January 1, 2015 through December 31, 2016. The audit was conducted by Ethics Commission staff following the 2016 City election as part of the Commission’s 2016 audit cycle to determine whether the Committee materially complied with applicable requirements of the Political Reform Act (“the Act”) (California Government Code section 81000, et seq.) and San Francisco’s Campaign Finance Reform Ordinance (“CFRO”) (San Francisco Campaign and Governmental Conduct Code section 1.100, et seq).

San Francisco Charter section C3.699-11 authorizes the Ethics Commission (“the Commission”) to audit campaign statements that are filed with the Commission along with other relevant documents to determine whether a committee materially complied with applicable requirements of State and local laws. Section 1.150(a) of the CFRO requires the Commission to audit all candidates for City elective office who receive public financing and authorizes other audits to be initiated of other committees irrespective of whether the Committee received any public funds.

The Committee qualified as a committee on November 23, 2015 to support the election of Ian Kalin for San Francisco School Board in the November 8, 2016 general election. For the period covered by the audit, Stacy Owens served as the treasurer and Marissa Quaranta served as an assistant treasurer. The Committee was terminated on December 8, 2016.

For the period covered by the audit, the Committee received $80,696 in contributions, and incurred $80,696 in qualified campaign expenditures.

Auditors identified one finding with respect to the audit of this Committee.

A candidate’s loan of personal funds to the candidate’s campaign may not exceed at any time more than $15,000 for a candidate for Board of Education of the San Francisco Unified School District.

In response to the Audit Finding, the Committee provided the following response:

“Regarding the Ethics Commission’s finding, Mr. Kalin was aware of the city’s $15,000 personal loan limit during his campaign and made reasonable efforts to forgive all loans in a timely manner necessary to keep him under that limit. For the loan violations noted by the Ethics Commission, Mr. Kalin actually forgave his first loan of $5,000 in January 2016 and provided documentation to this effect to the Ethics Commission, and thus did not violate the limit eight months later on September 23, 2016.

As for his last two loans, Mr. Kalin did forgive his September 23, 2016 prior to making the final loan on November 21, 2016, as he always intended to do, and thus never violated the $15,000 limit. However, he acknowledges that neither the loan forgiveness letters he was advised to create by his campaign accountant nor his campaign reports clearly reflect such forgiveness. In response to this finding from SF Ethics, Mr. Kalin proposes to ensure that the relevant back-up documentation correctly reflects such forgiveness and has already taken initiative to re-open his campaign committee in order to amend his campaign reports with the correct loan forgiveness dates, if so requested by the Ethics Commission. Furthermore, Mr. Kalin enjoyed no strategic campaign advantage from his final loan, which was made AFTER the election to help pay off outstanding campaign debt, and was forgiven a mere two weeks later, without any special benefit to Mr. Kalin, when the committee was closed.

In conclusion, Mr. Kalin asks the Ethics Commission to recognize that there was no harm to the public as a result of these documentation errors. The finding is in response to items already publicly declared by Mr. Kalin himself. He has been 100% transparent and was simply trying to follow San Francisco Ethics guidelines.”

While Committee records contained candidate loan agreements showing that the loans noted in Table 1 were intended to be “resolved” by December 31, 2016, no records were provided to auditors during the audit that demonstrated any loans were actually forgiven by the candidate. In response to the audit finding, the Committee provided a document relating to only one of the candidate’s personal loans, which indicated the candidate had forgiven his initial $5,000 loan from December 2015 effective January 20, 2016. The Committee acknowledges it did not report that loan forgiveness. Based on the Committee’s lack of documentation, auditors were prevented from being able to verify the candidate’s compliance with the personal loan limit established by Sec. 1.116. 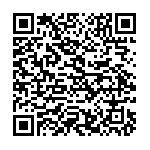 Scan the QR code with a mobile device camera to access the latest version of this document online:
https://sfethics.org/ethics/2018/01/san-francisco-ethics-commission-audit-report-ian-kalin-for-school-board-2016-fppc-id-1380968.html