Chair Peter Keane called the meeting to order at 2:03 PM.

3. Discussion and possible action on draft minutes for the Commission’s December 18, 2018, meeting.

Senior Policy Analyst Kyle Kundert presented background and a summary of the Whistleblower Protection Ordinance (WPO). Mr. Kundert highlighted changes the Ethics Commission approved in 2016 and compared them to the changes Staff implemented after engaging with the Controller’s Office and Department of Human Resources, which Staff refers to as the 2017 version of the WPO. Commissioner Renne asked whether the WPO should incentivize or protect whistleblowing to the press; Deputy Director Blome advised that the government generally incentivizes internal whistleblowing. The Deputy Director stated that employees who speak to the press are protected by the First Amendment. Chair Keane wants the WPO on the agenda for the ballot in February, assuming meet and confer sessions have concluded.  Commissioner Renne asked Deputy City Attorney Shen whether the Commission can ignore the unions if the Commission disagrees with what they want. DCA Shen explained that meet and confer does not require complete agreement on points. If complete agreement is not reached, the next steps would be governed by the bargaining unit’s Memorandum of Understanding (MOU). Commissioner Kopp asked DCA Shen when and how many meet and confer meetings are required. DCA Shen responded that it depends on the MOUs of the unions. Chair Keane reiterated that he wants the WPO on the agenda in February for placement on the ballot. Commissioner Kopp asked DCA Shen to work with Staff to strike portions of the WPO that would not come under the Ethics Commission’s jurisdiction. Commissioner Renne asked whether a City employee who is kicked out of public housing in retaliation would be covered in the 2017 version of the WPO. Deputy Director Blome replied that it would not be covered. Commissioner Renne inquired if the evidentiary standard for retaliation should be changed. Deputy Director Blome replied that Staff has no position on this issue because the Commission rejected that proposal in 2016, so Staff did not evaluate it for this meeting. Commissioner Kopp asked if there is case law on contributing factor versus substantial contributing factor. Deputy Director Blome replied yes. Commissioner Kopp advised he may ask for a brief.

Commissioner Kopp requested an amendment to the Ordinance.

Dr. Derek Kerr stated the Ethics Commission does not subpoena anyone or conduct depositions. If the Ethics Commission keeps the current evidentiary standard, nothing will change. Larry Bush, Friends of Ethics, advised he was unaware that the Whistleblower Ordinance only applied to employment issues. Mr. Bush stated that people file complaints with the FBI and the Departmental Inspector General offices should also be protected against retaliation if they file a complaint with them. Mr. Bush requests that when the Commissioners review this Ordinance in February that they ask for a version that includes protection against retaliation for complaints that are taken to another agency, or taken to the press; and that those should not be limited to employment. Thomas Busse stated that the 2017 version of the WPO definition of misuse of city services wouldn’t cover a bunch of agencies that aren’t official city agencies. Charlie Marsteller spoke regarding the “City/County/State dodge”. Douglas Yep discussed a situation in 2007 as a San Francisco General employee where he observed that the people responsible for protecting whistleblowers are often incentivized to slow the system down.

5. Discussion and possible action on amendments to the Ethics Commission Enforcement and Sunshine Ordinance Regulations.

Deputy Director Blome commented on the changes to the Ordinance. Because Staff had request authority to assess administrative penalties against City employees who violate the Sunshine Ordinance, the City Attorney advised that Staff must go through the meet and confer process with local bargaining units. Staff therefore deleted that provision from the regulations and will begin the meet and confer process on that piece.

Motion 180119-05 (Renne/Kopp):  Moved and passed unanimously (3-0) that the Commission repeal the existing Enforcement Regulations relating to the Sunshine Ordinance.

Motion 180119-06 (Renne/Kopp):  Moved and passed unanimously (3-0) that the Commission accept and adopt the Enforcement Regulations relating to the Sunshine Ordinance, as amended.

Tom Busse commented that without teeth, the changes to this Ordinance are meaningless.

Senior Policy Kyle Kundert explained that the Board of Supervisors gave the Commission authority to require electronic filing of behest payment reports by regulation. Staff has created an electronic system to accept the behested payment form electronically and presented a regulation requiring use of that form for the Commission’s approval.

Motion 180119-07 (Kopp/Renne):  Moved and passed unanimously (3-0) that the Commission adopt the Proposed Regulation for Behested Payment Reporting by Members of City Boards and Commissions.

Larry Bush, Friends of Ethics, recommended the Commission add two lines to the disclosures: a disclosure by the donor of any pending issues they have before the City at the time of donation, or immediately preceding or immediately following the donation; and a disclosure of whether any of the funds being donated are going to an entity that is under the control or influence of the officer who is requesting funds. Mr. Kundert advised that these two items currently appear in the Anti-Corruption Accountability Ordinance that is before the Board of Supervisors.

Larry Bush, Friends of Ethics, commented that the Commission should require people to amend their Form 700 if there are significant changes during the reporting period. Commissioner Kopp asked if the Commission can amend this regulation to incorporate Bush’s suggestion. Mr. Kundert replied that Staff doesn’t know if it has authority to do this. Staff will talk to the FPPC, but it would take an ordinance change if the Commission tried. Mr. Bush clarified his suggestion which was that Staff asks the City Attorney to include FPPC Guidance in the Good Government Guide because the FPPC already says it’s good practice to amend throughout the year.

Senior Policy Analyst Kyle Kundert summarized the Policy Report, highlighting updates on the San Francisco Anti-Corruption and Accountability Ordinance, the Form 700 Non-Voting Ordinance, the Ethics and Sunshine Training, E-Filing for All, Prop T & Behested Payments changes, and the legislation from Supervisor Cohen and Supervisor Kim. For ongoing projects, a schedule has been set for a formal review of the Public Financing Program and the Campaign Finance Reform Ordinance. On the recently identified policy project Social Media and Election Integrity, Staff hopes to provide a more formal update at the February Commission meeting.

Motion 180119-09 (Kopp/Renne):  Moved and passed unanimously (3-0) that Staff move expeditiously on the Conflict of Interest Code, the CFRO regulations and the Public Financing review as recommended.

Larry Bush, Friends of Ethics, asked whether slate mailers, currently filed with the Department of Elections, are going to be required to file with the San Francisco Ethics Commission. Mr. Kundert replied that the issue is low priority because the change requires an amendment to the Political Reform Act by the California Legislature. Bob Planthold remarked that the Anti-Corruption and Accountability Ordinance has been referred to the AAO, which is the standard acronym for the Annual Appropriations Ordinance, the City budget. He recommends a changed to the ACAO to avoid confusion.

9. Discussion of Enforcement Report. An update on various programmatic and operational highlights of the Enforcement Program’s activities since the last monthly meeting.

Bob Planthold advised there is a timeline regarding re-opening an already adjudicated case. He believes the deadline has passed and therefore not valid. Douglas Yep thanked the Ethics Commission and Staff for doing a good job compared to the previous Staff.

Executive Director LeeAnn Pelham provided a summary of the Executive Director’s report, highlighting the new online compliance tools implemented for the January 1st operative date of new legislation, the June 2018 election, the FY19-20 budget preparation and staffing updates. Executive Director Pelham advised that on January 11, 2018, Angela Alioto and Angela Alioto for Mayor 2018 filed a lawsuit seeking an order enjoining certification for public financing by the Mark Leno for Mayor 2018 committee. The Commission was named as a party and was represented by the City Attorney’s office, specifically Andrew Shen. An initial hearing was held Friday, January 12th, and a subsequent hearing was held January 19th, in which the Judge issued a tentative order denying injunctive relief. Executive Director Pelham thanked DCA Shen. DCA Shen clarified that although the order is termed “Tentative” it is in fact the final order. Commissioner Kopp asked DCA Shen to clarify the legal issue. DCA Shen advised that the sole claim in the petitioner’s complaint was that the Mark Leno campaign, in conjunction with the Ethics Commission, was violating the Campaign Finance Reform Ordinance by not following one regulation: defining what constitutes a matching contribution for the public financing program. DCA Shen thanked Staff for its assistance and immediate responses to his questions while preparing for the hearings. Executive Director Pelham advised that a full package of budget information will be available at the February meeting, as deadline for submission to the Mayor’s office is on February 21, 2018. Work continues with Department of Human Resources to fill the final vacancies. Commissioner Keane advised the Commission should reiterate to the new Mayor that we are not fully staffed so would not welcome any cuts. Commissioner Renne asked for an update for the telephone system for the public to call in during Commission meetings. Executive Director Pelham advised that there currently is no technology available for the public to call in to our meeting room for public comment. Staff is meeting with technology staff to find out what options are available to accomplish this goal.

Charlie Marsteller asked if it was a possibility to switch rooms. He also noted there are two auditor positions available and would like to see those positions pushed through as they are already in process. Mr. Marsteller wondered if there are any monies given to the Ethics Commission for the special election process. Director Pelham said no, but there is a provision in the law for the public financing program that does require when there is a vacancy for the Office of Mayor that there is a requirement that an additional $8 per resident be accounted for in the election campaign fund. Staff has confirmed with the Controller’s Office that that level of funding does exist in the current fund balance. If all candidates for Mayor who have elected to participate in public financing receive the full amount of $975,000 for their campaign, the fund would have sufficient funds for that draw. For the November election there may need to be additional funds put in based on the language that exists in the Charter.

11. Discussion and possible action regarding status of complaints received or initiated by the Ethics

Charlie Marsteller asked how long the closed session may be. Commissioner Kopp advised it will be about 15 minutes.

12. Discussion and possible action on items for future meetings.

Commissioner Kopp asked that the Commission consider whether to request a Charter amendment to provide the Commission independent counsel during its March 2018 meeting. Commissioner Kopp would also like to discuss possible solutions to perceived mixing of campaign contributions between a candidate committee’s DCCC committee and supervisorial committee in March. Chair Keane advised that at the next meeting the Whistleblower Ordinance will be discussed to put it on the ballot, in addition to the Anti-Corruption Accountability Ordinance, with the intention to have both those on the June ballot.

13. Additional opportunity for public comment on matters appearing or not appearing on the agenda pursuant to Ethics Commission Bylaws Article VII Section 2.

The Commission adjourned at 4:58 P.M. 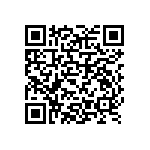 Scan the QR code with a mobile device camera to access the latest version of this document online:
https://sfethics.org/ethics/2018/02/minutes-january-19-2018.html