Quentin L. Kopp elected to serve as Vice-Chair for 2018

At a special meeting on April 18, 2018, the San Francisco Ethics Commission elected its current Vice-Chair, Daina Chiu, to serve as its next Commission Chair. Commissioner Chiu assumed the role of Acting Chair following the resignation in late February of former Chair Peter Keane. The Commission also elected Quentin L. Kopp as Vice Chair for the coming year.

“In a complex and rapidly changing world, ensuring transparency and integrity in government requires that laws keep pace with new methods used to influence elections and governmental decisions,” Chiu said following her election today. “As Chair, I look forward to working closely with my colleagues, the public, ethics experts, and other stakeholders to craft effective solutions to these problems, both old and new.”

Commissioner Chiu was appointed to the Ethics Commission in April 2016 by Assessor-Recorder Carmen Chu for a six-year term ending February 2022. She has been a San Francisco resident for over 15 years. Chiu previously worked for McKesson Corporation where she was instrumental in designing and establishing the company’s first compliance training program, in addition to providing advice on a wide range of healthcare regulatory, privacy, ethics hotline, corporate, and antitrust matters. Prior to McKesson, Chiu was in private practice where she focused on mergers and acquisitions, corporate and financial matters. Chiu earned a Juris Doctor degree from Boalt Hall School of Law at University of California, Berkeley. She also graduated summa cum laude with Bachelors degrees in Chinese Language & Literature and English Literature from University of California, Berkeley.

Quentin L. Kopp is a retired California Superior Court Judge who served for a number of years as an elected member of the San Francisco Board of Supervisors and a California State Senator. He was elected to the San Francisco Board of Supervisors in Nov. 1971 and was subsequently reelected in 1975, 1977, 1980, and 1984, serving as President in 1976-1978 and 1981-1982. His public service has also included serving as an appointee to the Development Commission, the Golden Gate Bridge, Highway, and Transportation District, the Metropolitan Transportation Commission, and the San Francisco Bay Area Air Quality Maintenance District. He has also served on the Board of Directors of the Legal Aid Society, the Bar Association of San Francisco, and the Lawyers Club of San Francisco. In 1979, he unsuccessfully ran for Mayor, losing to Dianne Feinstein in a runoff election. In 1986, he was elected to the California State Senate as an independent. In 1999, Kopp was sworn in as a Judge of the San Mateo County Superior Court, where he served until his retirement in 2004. He served as an Officer in the United States Air Force, the Office of Special Investigations, and in the Judge Advocate General Corps. Commissioner Kopp attended Dartmouth College and Harvard Law School. He was appointed by the Board of Supervisors in February 2017 to a full six-year term on the Ethics Commission ending February 2023. 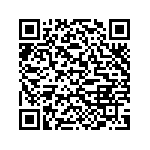 Scan the QR code with a mobile device camera to access the latest version of this document online:
https://sfethics.org/ethics/2018/04/news-from-the-san-francisco-ethics-commission.html