As required by San Francisco’s voter-enacted public campaign funding program, Ethics Commission Executive Director LeeAnn Pelham today announced the first certification of a District 10 supervisorial candidate in the November 2018 election to receive public funds in connection with that election. Based on a review by Ethics Commission staff of Theo Ellington’s Qualifying Request and supporting documentation, Ellington’s campaign has become eligible to receive $20,000 as its initial grant of public funds from the Election Campaign Fund. Based on a City law enacted in 2012, public funds may not be disbursed to candidates any earlier than 142 days before the election, which for the November 6, 2018 election is June 17, 2018.

To qualify for public campaign funding, candidates for the Board of Supervisors are required to demonstrate that they have received qualifying contributions ranging from $10 to $100 totaling $10,000 from at least 100 residents of the City. Once the Ethics Commission certifies a candidate’s eligibility, various reporting requirements are triggered for all candidates in that race. To receive public funding, Supervisorial candidates must also agree to abide by a $250,000 campaign expenditure ceiling. Non-incumbent candidates may qualify to receive up to $155,000 in public funds for their campaign depending on the amount of matching contributions they raise, while incumbents may qualify to receive up to $152,500 in public funds. Under the law, only contributions raised from San Francisco residents are eligible to be matched. The Election Campaign Fund is funded through the City’s General Fund with an annual appropriation based on the number of city residents, up to a maximum Fund level of $7 million.

Before receiving any public funds, Supervisorial candidates certified as eligible by the Ethics Commission must also be certified by the Department of Elections as a candidate whose name will appear on the ballot. For the November election, candidate lists become final after the June 12, 2018, nomination deadline for those offices. All candidates who receive public funds are audited by the Ethics Commission after the election. 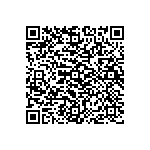 Scan the QR code with a mobile device camera to access the latest version of this document online:
https://sfethics.org/ethics/2018/05/ethics-commission-certifies-eligibility-of-first-publicly-financed-candidate-in-district-10-board-of-supervisor-race-for-the-november-2018-election.html