As a tool for transparency, the Ethics Commission’s 2018 campaign finance dashboards are designed to help equip voters make informed choices by summarizing information in a visual format. During an election season, timely information about fundraising and spending in City elections helps promote understanding of and accountability for committees’ campaign activities. And candidate and non-candidate fundraising and spending in the 2018 election cycle was significant.

In the November election, for example, the 23 candidates who qualified to appear on the ballot for five Board of Supervisor seats up for election overall reported spending $3.45 million as of November 8, 2018.  Of these, 10 participated in the public financing program, while 13 did not. As of November 8, 2018, the 10 participating candidates together submitted more than 74 qualifying and matching funds requests for review, and they qualified to receive over $1.19 million in public funds. With the roughly $2.96 million in public funds disbursed in the June election, candidates in 2018 overall qualified to receive roughly $4.16 million in public financing this year. Separately, 16 non-candidate committees have reported third-party spending totaling a combined $2.38 million to support or oppose Board candidates and ballot measures in connection with the November election. In part, that spending resulted in the required adjustment of individual expenditure ceilings in the November election for publicly financed candidates 125 times.

With the 2018 elections now concluded, the Commission’s post-election activities include focus on two key requirements of the law that also help promote understanding of and accountability in City campaigns.

Post-Election Report to the Mayor and Board

As provided in Section 1.156 of the S.F. Campaign and Governmental Conduct Code, following each election in which the Mayor or members of the Board of Supervisors are elected, the Ethics Commission is required to submit to the Mayor and Board of Supervisors a report on public financing in that election. The report is required to include data on the number of participating and non-participating candidates, the number of candidates who received public funding and the amount of public funds they received, the amount of qualified campaign expenditures made by all candidates, and the amount of independent expenditures made in connection with the election and may also provide any other relevant information.  As in the past, we plan to prepare that report based on disclosure reports covering through the end of the calendar year and including information for both the June and November 2018 elections. Once completed, we will present it for informational purposes at a Commission meeting before transmitting it to the Mayor and Board as required by Sec. 1.156.

SF C&GCC Sec 1.150 provides that after each election each candidate receiving public matching funds must be audited, with audits beginning within 60 days after the date the candidate committees’ first post-election campaign disclosure report is required to be filed. Due to competing required work for the November election and ongoing hiring work to fill an audit staff vacancy, the June audits have been delayed. In preparation for completing audits of publicly-financed candidates for both the June and November 2018 election, however, we once again have obtained the assistance of the Controller’s Office and have initiated steps to secure external auditors to help conduct these audits as we did for the 2016 cycle. In partnership with the Controller’s Office and by leveraging funds as provided for by Sec. 1.138 for the administration of public financing audits, the Commission’s internal Audit team can resume its focus on completing the remaining 2016 election cycle audits of non-candidate committees and also evaluate next steps for possible audits of non-candidate committees active in the 2018 elections.

Over the past month, all five positions in recruitment at the Ethics Commission continued on in the written exam phase of the hiring process:

Under the City’s civil service hiring process, an eligibility list is established for each position that ranks each candidate meeting the required minimum qualifications for the position based on the candidate’s performance on written exams that assess both core competencies required for the job classification generally, and the knowledge, skills, and abilities required for the specific position. The eligibility list identifies candidates that may be invited to participate in the oral exam phase of the process with the hiring department. With the written exam phase nearing completion, we anticipate the oral interview phase to begin by early December.

Table 1 shows the revenues received by the Commission during the fiscal year that began on July 1, 2018, as of November 9, 2018. 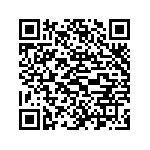 Scan the QR code with a mobile device camera to access the latest version of this document online:
https://sfethics.org/ethics/2018/11/executive-directors-report-november-9-2018.html