Chair Daina Chiu called the meeting to order at 2:04 pm.

2.  Public comment on matters appearing or not appearing on the agenda.

Ellen Lee Zhou stated she had previously reported on bribery, corruption, and protection of employees. She asked the Commission to review the City’s election process, including whether all candidates must be allowed to participate in candidate forums. She stated that 120 percent of qualified voters participated in the last election and that the statistic must mean that dead people, non-residents, and undocumented immigrants must have voted in the last election.

Commissioner Lee responded that it would be important not to take any action on those allegations without evidence and stated that she believed this was the first time immigrants were able to vote in the San Francisco School Board races, and that if so, they did so legally.

Commissioner Kopp stated that Ms. Zhou’s allegations described criminal activity and asked Ms. Zhou whether she had evidence. She stated yes. He asked that she provide the evidence to the District Attorney’s Office, which handles the investigation and prosecution of crimes. She stated that she had done so but believes the Ethics Commission has an obligation to involve itself because the public financing program means that taxpayer money is being spent on election fraud.

Commissioner Renne asked whether the disclaimer violation was the only violation at issue in the Stipulation. Director of Enforcement & Legal Affairs Jeffrey Pierce confirmed that it was. Renne stated he thought $1,000 was a lot of money for that single violation.

Public comment was invited; none was received. Pierce explained that as a consent calendar item, no action was required by the Commission to adopt the proposed Stipulation, Decision, and Order.

Senior Policy Analyst Pat Ford introduced the item, highlighting the attachments and explaining options for the process of moving forward on regulations and proposed ordinance language.

Regarding the proposal initiated by Supervisor Safai to prohibit a candidate’s future participation in public financing based on audit or enforcement findings, Commissioner Kopp stated that questions have been raised that he believes warrant further reflection and research on other jurisdictions’ practices. For example, if the Commission were to adopt a penalty for violation of public financing law, such as a failure to file a document, and then assess a monetary penalty, would a law that prohibits the candidate from participating in the future for any given period of time constitute a double penalty that is justified in terms of respectable of public policy and the administration of justice?

Commissioner Kopp added that he had received from Larry Bush a list of other violations of applicable law which logically also could be a grounds for banning participation in public financing. He has asked Staff to examine those. For this reason, he stated, he is inclined to make a motion to continue this item until next meeting to ensure Staff research could be conducted with respect to both questions. He asked what are the pros and cons of moving forward on the items as a single package or as bifurcated proposals in terms of their effectiveness for the 2019 election.

Chair Chiu responded that from a process standpoint, if it were a ballot measure, as there is no June election it could be placed on the November 2019 ballot with an effective date thereafter. She noted the alternative legislative route, noting the Board of Supervisors would require eight of 11 votes to approve, and that if changes were made at the Board the item would need to come back to the Commission for additional action.

Commissioner Kopp stated it is his objective to have the changes take effect in 2019 elections.

Chair Chiu asked Staff to include on the Commission’s December meeting agenda a closed session item to receive legal advice from the City Attorney’s Office on the constitutionality of part of Staff’s proposal described in Item 5.

Commissioner Ambrose sought clarification about whether the question of constitutionality reached only the penalty proposal in Attachment 3 and not to staff’s recommended changes in Attachments 1 and 2.

Ford clarified that the City Attorney’s Office had not raised any concerns about the regulations in Attachment 1. He invited DCA Givner to comment on whether the constitutionality question reached Attachment 2, the ordinance proposal, who confirmed that understanding.

Commissioner Ambrose asked whether a problem with retroactivity might arise regarding Attachment 3, the ineligibility proposal. She also sought clarification on what would trigger the prohibition against participating in public financing, whether only a final audit finding and not something still subject to appeal.

Regarding the eligibility proposal, Chair Chiu asked that staff clarify whether the prohibition would be triggered not only by audit findings but also by enforcement outcomes.

Commissioner Kopp stated he did not believe the regulations in Attachment 1 should be “bifurcated” (voted on separately) from Attachment 2, the proposed ordinance amendments. He moved to continue Attachment 3 to a future meeting, and asked that a closed session meeting with the City Attorney’s Office take place to consider guidance that office provided to the Commission with regard to Staff’s proposal.

DCA Givner stated that, without discussing the merits, his office assess any proposal regarding campaign or public financing, as those laws can often implicate constitutional issues. He added that his office gives the same advice to the Ethics Commission, the Board of Supervisors, and the Mayor’s Office so all decision makers are on the same page as decision makers.

Chair Chiu asked how and when the Commission would go about discussing the City Attorney’s assessment if it wished to do so. DCA Givner responded that the Commission can schedule a closed session item on a future meeting agenda. Chair Chiu stated she would like to have that discussion in December.

Commissioner Kopp added that he also believes a closed session is justified, adding that just because something might raise constitutional issues does not dissuade him from acting so long it is a reasonable legal issue presented and not completely governed by precedence against it.

Chair Chiu then invited Commissioner Ambrose to comment on the modified standard of review that Deputy City Attorney Givner had prepared, which Ford had highlighted in his comments.

Chair Chiu asked Ford to clarify what trainings the Commission already provides. Ford stated that staff provide trainings to both treasurers and candidates. He stated that although Staff have not gone into great depth regarding public financing, public financing is a covered topic and candidates are made aware of the eligibility requirements and where to get additional information. He further stated that whether the Commission wishes to proceed with the recommended changes to the public financing system, Staff plans to review and improve the Candidate’s Guide to clarify and update information to better balance detail and usability.

Commissioner Lee moved to vote on Attachment 1 (the regulations) and to continue Attachments 2 (the ordinance amendments) and 3 (the prohibition on participation) to a future meeting. Commissioner Renne seconded the motion.

Commissioner Lee stated that the public had an opportunity to review and comment on the regulatory changes at the prior meeting and that she believed the Commission should act on them today.

Motion 181116-03 (Lee/Renne): Moved, seconded and passed 3-2 (Kopp and Ambrose voting in the dissent) to adopt the proposed regulations as amended and forward them to the Board of Supervisors for a 60-day period of review as required by San Francisco Charter section 15.102.

Chair Chiu asked about the amendments to the Whistleblower Protection Ordinance. Ford stated that it’s not clear whether the Board of Supervisors will hear that item this year or hold it over until next year.

Commissioner Lee asked about both the proposed amendments to the Whistleblower Protection Ordinance and to Sup. Kim’s proposal, noting both sponsors will be leaving the Board at the end of this year. She asked what might happen to each of those proposals absent a sponsor. Deputy City Attorney Givner responded that it is the practice for the Clerk of the Board of Supervisors to reach out to all remaining Supervisors if an item needs new sponsorship, and it would remain alive so long as a single Supervisor indicated a willingness to sponsor it. Ford added that Commission staff also will follow up with the Board.

7.  Discussion of monthly Staff Enforcement Report, including an update on various programmatic and operational highlights of the Enforcement Program’s activities since the last monthly meeting.

Enforcement Director Pierce provided a brief overview of the item. He highlighted revised graphics in the report that explain the status of complaints that are before the Enforcement Division and show complaints that are under preliminary review and for which investigations have been opened. He acknowledged the Electronic Disclosure and Data Analysis team for their help in creating the updated graphics.

Chair Chiu commended Pierce and the Division on their progress in working through older complaints.

Chair Chiu sought clarification on whether it was likely that offers would be made to successful candidates early in the new year, and whether the Commission might be fully staffed at that time. Pelham stated she hoped so.

9. Discussion and possible action regarding status of complaints received or initiated by the Ethics Commission. Possible Closed Session.

No Commissioner moved to go into closed session. Public comment was invited; none was received.

No discussion was held and no action was taken on the item.

10.  Discussion and possible action regarding probable cause determination for complaint alleging violations of the Lobbyist Ordinance, Article 2, Chapter 1 of the San Francisco Campaign and Governmental Conduct Code. Possible Closed Session.

Enforcement Director Pierce clarified that this item was placed on the Agenda to allow it to be discussed if any Commissioner had requested to discuss the item. Because no Commissioner had made that request, no action, discussion or public comment would take place, and the determination was not reconsidered.

11.  Discussion and possible action on items for future meetings.

In response to a question by Commissioner Renne, Chair Chiu confirmed that the Commission’s next regular monthly meeting will be on Friday, December 21, 2018 at 2:00 p.m., as originally scheduled.

12.  Additional opportunity for public comment on matters appearing or not appearing on the agenda pursuant to Ethics Commission Bylaws Article VII Section 2.

Chair Chiu asked if the Commission might move to adjourn. Vice Chair Kopp moved to adjourn the meeting and Commissioner Lee seconded the motion. No public comment was received. The motion carried unanimously.

The Commission adjourned at 3:23 p.m. 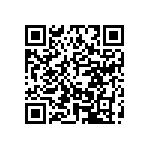 Scan the QR code with a mobile device camera to access the latest version of this document online:
https://sfethics.org/ethics/2018/12/draft-minutes-november-16-2018.html