Chair Daina Chiu called the meeting to order at 2:05 pm.

COMMISSION MEMBERS PRESENT: With Chair Daina Chiu, Vice-Chair Quentin Kopp, Commissioner Paul Renne, and Commissioner Noreen Ambrose in attendance, a quorum of members was present. Commissioner Lee was not present due to an excused absence.

Ellen Lee Zhou stated that she has spoken before the Ethics Commission many times to state her concerns about governmental corruption and is asking the Commission to review the election process, particularly with regard to career politicians. As a former candidate for Mayor, she stated, she was not allowed to participate in all debates. She requested the Commission to review spending on campaigns by Super PACs funded by rich parties and Democrats and stated she is concerned that only Democratic candidates are invited to debates, but not Republicans or Libertarians.

Chair Chiu called for discussion or comments on both Consent Calendar items.

Commission Vice-Chair Kopp stated he had provided to the Staff several non-substantive, grammatical corrections to be included in the final minutes.

5. Discussion and possible action on draft ordinances regarding the public financing program.

Chair Chiu noted that Commissioner Lee was unable to attend the meeting and had requested that Item 5 be put over to the January meeting.

Executive Director Pelham noted that the Commission had received public comment requesting the item be continued to the January meeting and that copies of those communications had been made available on the materials table for the public.

Vice-Chair Kopp moved that the item be continued to the Commission’s January 2019 meeting agenda. The motion was seconded by Commissioner Renne.

Ellen Lee Zhou stated that she is concerned about Super PAC funding and the approval of marijuana dispensaries. She is concerned that public financing is allowed to fund campaigns of candidates who supported marijuana legalization. She urged regulation to limit those activities.

Thomas Busse commented on the investigation of the Thousand Oaks shooting. He stated that he believes the San Francisco business tax can be used to regulate Super PACs. He stated the laws are lacking in controlling Super PACs because they had not evolved to what Super PACs are now. He urged that campaign contribution limits be increased. Vice Chair Kopp asked if he an analysis supporting his statements and requested a copy of that analysis.

After receiving public comment the Commission voted 4-0 to continue Item 5 to the January 2019 agenda.

6. Discussion of Staff recommendations regarding amendments to campaign finance and conflict-of-interest regulations.

Senior Policy Analyst Pat Ford introduced the item. He noted the item presents initial recommendations regarding regulations and that no action at this meeting was necessary. He explained that the Staff plans to bring the regulations back for the Commission’s consideration and possible action at the January meeting, following the opportunity for Commission and public feedback between now and then.

Chair Chiu asked Ford how the Commission can keep better abreast going forward of the need for regulatory changes so that the regulations do not become out of sync over time. Ford stated Staff would provide information on an ongoing basis to support that goal.

Ellen Lee Zhou stated that public employees are busy but do care about these issues even if they are unable to attend Commission meetings. She urged the Commission to think about a conflict of interest policy to reduce homelessness and drug abuse issues and stated that cannabis donations to campaigns are a conflict of interest. She is concerned about systematic problems with elections.

Charles Marsteller stated that there are a number of community members interested in the campaign law and regulations. He stated that he hopes these clean-up items will be followed by more comprehensive changes that address topics such as seed money and qualification provisions for public campaign funding. He cited the City of Seattle’s voucher model as a program to watch.

No action was taken on the item.

Senior Policy Analyst Pat Ford highlighted several items from the report. He noted that the public financing review continues as a top priority that will now continue into January, along with draft Campaign Finance Reform Ordinance (“CFRO”) regulations that Staff expects to bring back at that time. Staff continues to track the issue of online paid political communications. Ford noted that topic had been the subject of much discussion at the annual conference of the Council on Governmental Ethics Laws in Philadelphia.

Other projects Ford noted included ongoing work to implement the Anti-Corruption and Accountability Ordinance (“ACAO”) and provisions that have a January 1, 2019 operational date. He also noted this requires updates to various explanatory materials and guides, which Staff are also working to complete. He added that the amended Whistleblower Protection Ordinance approved by the Board of Supervisors is pending in the Mayor’s Office for signature.

Vice-Chair Kopp asked whether the California Attorney General or Legislative Counsel has issued any opinions on the issue of local ethics laws applying to political party county central committees, or whether any comparable legislation might exist in other states. Ford said he would look into these questions and provide the Commission with that information.

Vice-Chair Kopp also requested that the chart showing legislation pending in the State Legislature be clarified to indicate that it is a chart showing the Fair Political Practices Commission (FPPC) support of legislation. He also asked Ford if any legislation shown is subject to any action by the Mayor or Board of Supervisors, and Ford stated that none were.

Charles Marsteller stated he appreciates seeing the list of State legislative information provided so accessibly. He added that it would be useful to also see if legislation vetoed by the Governor is revisited by the Legislature. He added his support for all designated Form 700 filers in San Francisco to file electronically.

8. Discussion of monthly Staff Enforcement Report, including an update on various programmatic and operational highlights of the Enforcement Program’s activities since the last monthly meeting.

Executive Director Pelham introduced the item on behalf of Enforcement Director Jeff Pierce, who was unable to be at the meeting.

Vice-Chair Kopp requested that future reports add two enforcement caseload statistics for matters in preliminary review: the number pending in the prior month, and the number pending in the same month of the prior calendar year. He asked that the same information also be provided for open investigations. Director Pelham stated the report would be updated going forward to include that information.

Executive Director Pelham highlighted information from the report, including attendance by Commission Staff at the 40th Annual Conference of the Council on Governmental Ethics Laws in Philadelphia. She announced that Staff Assistant Jacqueline Hickey had recently accepted a position in the Office of the Clerk of the Board of Supervisors and acknowledged Ms. Hickey’s contribution to the Commission over the past two years. She noted that two temporary as-needed Staff also recently completed their Service with the Commission. Both Rolina Wang and Maria “Connie” Jozami also moved to positions with other City departments. She announced Niike Andrino recently started with the Commission as a temporary Junior Management Assistant on the Engagement and Compliance team. Pelham also explained that five positions actively in recruitment are moving into the interview phase.

Commissioner Renne asked about the reason for the revenue variance that appeared in Table 1 in the Executive Director’s report. Pelham explained the variance would likely be reduced when annual Lobbyist Registration fees are received in February.

Charles Marsteller commented that he believes COGEL is a real asset and is glad the Commission has provided for conference attendance in its budget. He stated he is pleased to see the update on hiring and that the Commission seems on track in terms of revenues. He noted recent press coverage of the demolition of a historic house and was pleased to see the Planning Department on the issue.

10. Discussion and possible action regarding status of complaints received or initiated by the Ethics Commission. Possible Closed Session.

No Commissioner moved to go into closed session.

No action was taken on the item.

Vice Chair Kopp requested that Staff initiate a preliminary review of a matter recently reported in the media regarding the activities and actions of Amy Brownell, a City employee, with regard to the Hunters Point shipyard development and statements made in support of the developer in favor of a sale at the development. He asked that commence and complete that review as soon as possible to determine if there are grounds to begin an official investigation of any violations of law.

Chair Chiu provided the opportunity for public comment and none was received.

12. Additional opportunity for public comment on matters appearing or not appearing on the agenda pursuant to Ethics Commission Bylaws Article VII Section 2.

Thomas Busse provided comment on authoritarian regimes and their effects on the citizenry. He stated there are hundreds of examples of governments committing attacks and blaming their opponents to make their enemies look bad.

Chair Chiu Chair Chiu conveyed wishes on behalf of the Commission for a happy holiday season to all.

Chair Chiu asked if the Commission might move to adjourn. Vice Chair Kopp moved to adjourn the meeting and Commissioner Renne seconded the motion. No public comment was received. The motion carried unanimously.

The Commission adjourned at 2:57 p.m. 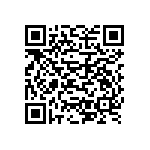 Scan the QR code with a mobile device camera to access the latest version of this document online:
https://sfethics.org/ethics/2019/01/minutes-december-21-2018.html