Chair Daina Chiu called the meeting to order at 1:33 p.m.

COMMISSION MEMBERS PRESENT: With Chair Daina Chiu, Vice-Chair Noreen Ambrose, and Commission Members Yvonne Lee and Fern M. Smith in attendance, and one vacancy on the Commission, a quorum was present.

Ellen Lee Zhou commented on the issues of homelessness and illegal drugs and requested that the Ethics Commission restore law and order in City government and to investigate Super PACS that she believes are contaminating good government.

Chair Chiu called the Consent Calendar item and provided the opportunity for public comment in Item 3.

Director Pelham introduced the informational report on findings and recommendations of Phase II of the Public Financing Program review project on behalf of the Policy staff and Senior Policy Analyst Pat Ford, who was unable to be at the April meeting.  She summarized the Commission’s policy review project process to date and recapped the goals of the City’s public financing program. She highlighted the legislative recommendations identified on page 18 of the report, which proposed the following:

Policy Analyst Brian Cox added further background on the levels of public funds distributed to candidates and potential impacts on the Election Campaign Fund and noted an analysis underway by the Board of Supervisors’ Budget & Legislative Analyst’s Office (BLA). Commissioners Chiu, Lee, and Ambrose asked about how the balance of the Fund is calculated and what approaches can be taken if the balance of the Fund were insufficient to fund all potential participating candidates. After a brief follow up discussion, Commissioner Ambrose asked that the Commission be provided with the BLA analysis once it is complete and encouraged a proviso be available should the Fund appear to not be sufficient.

Chair Chiu asked for further background on the development of the proposed changes to the matching formula. Mr. Cox described the Staff’s analysis and process of outreach and noted broad feedback of the desire to empower smaller donors and increasing the value of their contributions to candidates.

Chair Chiu asked how the proposal to move up the date at which matching funds can be distributed was developed. She noted some public comments received to date had raised concerns about “zombie” candidates and encouraged an approach that balanced providing matching funds earlier while not resurrecting problems that may have occurred in the past.

Chair Chiu asked about the question of in-district fundraising requirements and about whether the requirement to be opposed by a candidate should be retained. Mr. Cox highlighted some of the challenges presented by these approaches and noted the focus of the Phase II review was not to change core qualification requirements. Chair Chiu suggested staff come back in May with further information on the issues to encourage additional public comment on the topics.

Commissioner Lee asked about the recommendation to lower the amount allowed to be matched and encouraged changes that will bring those currently invisible in elections more into participating in city campaigns. She encouraged the Staff to continue to monitor how residency requirements might uniquely play out in San Francisco. She also urged that the Seattle voucher system continue to be monitored and suggested further information be provided as that program continues to be implemented.

Jon Golinger stated his support for empowering small donors and for raising the matching ratio and lower the amount that is matchable.

Esther Marks supporting the proposals to increase the match to 6-to-1 and to award the initial grant of public funds earlier and also urged an increase in the maximum funds available to candidates according to their adjusted expenditure ceilings.

Commissioner Ambrose asked Mr. Golinger about his perspective of the proposal to move up the availability of the initial grant for qualified candidates. He responded that it was a good idea to enable grassroots funds to more viable and effective. He added that he also saw efficiencies to be gained administratively if there is a longer time period over which candidates can apply for funds and said he supported an increase in initial grant funding to candidates.

Commissioner Ambrose asked about the issue of “zombie candidates” in 2011, in which candidates who dropped out of active campaigning but stayed in the race after having received public funds. She questioned the best way to provide funding to qualified candidates earlier but in a way that does not lead to the possibility of simply testing the waters and then backing out when a stronger candidate makes themselves known. Mr. Golinger responded that this dynamic could happen in any race in permutation of the program, but that providing an initial grant earlier and withholding remaining funds until after qualification would be fine. Ms. Marks added that she felt that the benefit outweighs the unlikely possibilty that it would happen again. Chair Chiu asked the Staff to provide additional information on this topic at the May meeting.

Commissioner Ambrose asked for clarification about how Staff determined the levels to which the threshold amounts should be increased. Mr. Cox noted the approaches were based on what successful candidates had been spending in recent campaigns, bearing in mind what the current Fund maximum could likely withstand, and seeking to remove the current tiered-matching approach.

Edward Wright from the Office of Supervisor Gordon Mar commented that on the whole that office agreed with most of the conclusions and recommendations. He supported increasing the IEC but also urged an increase in the available public funds by the same amount. He agrees with reducing the amount of a contribution that may be matched but supports reducing the match for a $500 contribution to $200 rather than $100.

Commissioner Lee encouraged an approach that provides a more equal footing for smaller donors and less time cultivating the largest donors. Commissioner Ambrose emphasized the hope that the impact of these reforms, of increasing the matching ratio and decreasing the amount of the contribution that’s matched, is that a much larger share of any campaign funds would come from individuals donating in smaller contribution amounts. Commissioner Chiu asked that Staff look at a $150 match.

Chair Chiu noted the Commission’s goal of acting on an ordinance at the May meeting and asked Mr. Wright about his understanding of Supervisor Mar’s intent regarding the legislative process going forward. He responded that if it is the intention of the Ethics Commission is to move forward with an ordinance at its next meeting in May, a separate legislative proposal at the board would not be necessary.

With Chair Chiu, Deputy City Attorney Andrew Shen clarified that it is the Commission’s desire to move forward with one ordinance at the May meeting to be forwarded to the Board of Supervisors following the Commission’s action.

No action was taken on the item as it was provided for informational purposes only.

Chair Chiu called for a five-minute recess and asked the Commission to reconvene at 3:20 pm.

The Commission reconvened at approximately 2:40.

On behalf of the Policy Staff, Director Pelham introduced the informational report on proposed regulations to implement the Anti-Corruption and Accountability Ordinance (ACAO) and other Code sections that proposed changes for three main purposes: 1) to implement the ACAO; 2) general clarifying and interpreting regulations; and 3) non-substantive updates to other Code regulations. She noted that regulations would be scheduled for action at the May meeting following any feedback received at this meeting, action on a required 10-day public notice period.

Chair Chiu called for public comment. Anita Mayo from Pillsbury Winthrop Shaw Pittman read comments she provided in an email to Commission Staff on April 10. She provided comment on proposed regulations 1.114.5-1 regarding the definitions of ballot measure committees and of a committee making independent expenditures; 1.114.5-2 regarding a required contributor notice; 1.114.5-3 regarding the treatment of behested payment filings for multiple contributions in a calendar year; 1.124-1 regarding the interpretation of “election cycle” for primarily formed and general purpose committees; 1.126-1(e) regarding the definition of “affiliate”; and 1.126-3(c) regarding language referring to a committee sponsored or controlled by the contracting party.

No action was taken on the item as it was provided for information purposes only.

On behalf of the Policy division, Director Pelham introduced the April Staff Policy Report and responded to questions by Chair Chiu regarding the status of Trustee Election disclosure and the Commission’s Phase I public financing ordinance. She noted the ordinance was expected to be taken up the following week and that Staff were assisting with duties as required under the new Trustee Elections disclosure provisions.

Director of Enforcement and Legal Affairs Jeffrey Pierce highlighted several items from the April Enforcement Report, including recent staff training opportunities with Staff from the Fair Political Practices Commission in the area of conflicts of interests law and its enforcement.

Chair Chiu offered to explore with Staff various ways in which the Commission’s enforcement processes and policies could be examined with an eye to helping bring investigations to resolution more quickly. DCA Shen confirmed that policy discussions would be appropriate in public session. Director Pierce briefly summarized current policy approaches and indicated Staff welcomed any further discussion the Commission may find useful.

Director Pelham highlighted various updates from the April Executive Director’s Report. She stated that the Commission’s propose three-year technology project submitted to the Committee on Information Technology (COIT) was not approved. She noted this was a highly concerning development given the critical operational nature and public-facing disclosure role of the project. Pelham noted that conversations were continuing with the Mayor’s Budget Office to secure the necessary funding through the City’s General Fund.

Pelham reported that filing data shows approximately 92 percent of required electronic filers had filed timely their Annual Statement of Economic Interests (Form 700), and that 85 percent had timely filed their required Ethics and Sunshine Training certifications. Communications with late-filers will continue as needed to bring all filers into compliance.

9. Discussion and possible action regarding status of complaints received or initiated by the Ethics Commission. Possible Closed Session.

Chair Chiu provided the opportunity for public comment and no public comment was received. The Commission held no discussion and took no action on the item.

Chair Chiu called for a motion to adjourn. Commissioner Lee moved to adjourn the meeting and Commissioner Smith seconded the motion. Adopted unanimously 4-0.

Motion 190412-02 (Lee/Smith): Moved, seconded and passed that the Commission adjourn the meeting.

The Commission adjourned at 4:00 pm. 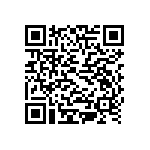 Scan the QR code with a mobile device camera to access the latest version of this document online:
https://sfethics.org/ethics/2019/05/draft-minutes-april-12-2019.html