This Audit Report summarizes the results of the audit of the committee, Committee on Jobs Government Reform Fund, FPPC Identification Number 982683 (“the Committee”), for the period from January 1, 2015 through December 31, 2016. The Committee was selected for audit using an objective criteria method pursuant to Sec. 1.150(a) and the Commission’s authority under San Francisco Charter Section C3-699-11(4) and San Francisco Campaign and Governmental Code Section 2.135, from a pool of eligible committees active in elections during the 2016 calendar year. The audit was conducted by Ethics Commission staff following the 2016 City election as part of the Commission’s 2016 audit cycle to determine whether the Committee materially complied with the requirements of the Political Reform Act (“the Act”) (California Government Code section 81000, et seq.) and San Francisco’s Campaign Finance Reform Ordinance (“CFRO”) (San Francisco Campaign and Governmental Conduct Code section 1.100, et seq).

The Committee qualified as a county general-purpose committee on September 8, 1998 to make contributions and expenditures to support or oppose ballot measures in San Francisco elections. The Committee is sponsored by the Committee on Jobs, a 501(c)6 trade association.

For the period covered by the audit, the Committee received $1,132,000 in monetary contributions and incurred $1,246,254 in campaign expenditures.

Auditors concluded there were two findings with respect to the Committee.

The Committee failed to send major donor notification letters to one contributor of $5,000 or more, as required by Government Code Section 84105 and San Francisco Campaign and Governmental Conduct Code Section 1.106.

The auditors identified that the Committee failed to send written notification of potential filing obligations to one contributor who made contributions of $5,000 or more and did not have a recipient committee identification number issued by the Secretary of State.

The Committee failed to file an amendment of the Statement of Organization (Form 410) to disclose the name and address of its financial institution in which the committee has established an account and the account number, as required by Government Code Section 84102(f)

Government Code Section 84102(f) requires disclosure of the name and address of the financial institution in which a committee has established an account, and the account number, on the Statement of Organization (Form 410). These additional disclosures required by the 2012 amendments to the Political Reform Act of 1974 mandated that all existing committees by virtue of subdivision (a) or (b) of Section 82013 file an amendment to Form 410, unless the information was already disclosed on Form 410. Amendments to Form 410 were required within 10 days (by January 10, 2013).

In response to the findings contained in this Audit, the Committee provided the following response:

“We believe that: (a) since the purpose of Government Code Section 84105 is to provide notice to a donor who may otherwise be unaware that making campaign contributions can trigger a campaign disclosure filing obligation by the donor, and (b) since Pillsbury drafted the major donor notification letter sent by the Committee to all other donors, then (c) it is reasonable to conclude that Pillsbury did not need to receive back a copy of the letter that it drafted and provided to the Committee since the Committee was aware that Pillsbury had actual knowledge about the campaign disclosure reporting requirement.”

“When we filed the amendment in 2012, it appears we inadvertently used an older version of Form 410 and as a result, did not disclose the required information about the Committee’s financial institution. This will be corrected.” 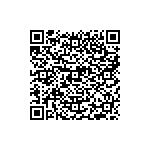 Scan the QR code with a mobile device camera to access the latest version of this document online:
https://sfethics.org/ethics/2019/05/san-francisco-ethics-commission-final-audit-report-committee-on-jobs-government-reform-fund-fppc-id-982683.html