This Audit Report summarizes the audit results of the committee, Robert F. Kennedy Democratic Club, Supporting Philhour and Safai for Supervisor 2016, Sponsored and Major Funding by Progress San Francisco, FPPC Identification Number 1383372 (“the Committee”), for the period from January 1, 2016 through December 31, 2016. The Committee was selected for audit using an objective criteria method pursuant to Sec. 1.150(a) and the Commission’s authority under San Francisco Charter Section C3-699-11(4) and San Francisco Campaign and Governmental Code Section 2.135, from a pool of eligible committees active in elections during the 2016 calendar year. The audit was conducted by Ethics Commission staff following the 2016 City election as part of the Commission’s 2016 audit cycle to determine whether the Committee materially complied with the requirements of the Political Reform Act (“the Act”) (California Government Code section 81000, et seq.) and San Francisco’s Campaign Finance Reform Ordinance (“CFRO”) (San Francisco Campaign and Governmental Conduct Code section 1.100, et seq).

San Francisco Charter section C3.699-11 authorizes the Ethics Commission to audit campaign statements that are filed with the Commission along with other relevant documents to determine whether a committee materially complied with applicable requirements of State and local laws.  Section 1.150(a) of the CFRO requires the Commission to audit all candidates who receive public financing and authorizes other audits to be initiated of other committees irrespective of whether the committee received any public funds.

The Commission posts to its website all Audit Reports. The Audit Division forwards Audit Reports to the Commission’s Enforcement Division or other appropriate agency with jurisdiction to enforce findings of non-compliance with the law. The scope of an audit is not exhaustive of all conduct by a committee during the audit period and conduct by a committee not identified as a material finding in an Audit Report may nevertheless be subject to investigation and possible enforcement by the Ethics Commission or another agency with jurisdiction to enforce applicable campaign finance laws, and a committee may be found to be in violation of such laws.

On April 1, 2016, the Committee qualified as a county general-purpose committee to host candidate forums, social events and endorse candidates. On October 5, 2016, the Committee amended its Statement of Organization (Form 410) to change its status to a primarily-formed committee to primarily support candidates Marjan Philhour for Supervisor in District 1 and Ahsha Safai for Supervisor in District 11 in connection with the November 8, 2016 election.

For the period covered by the audit, Andrew Sinn served as the treasurer, Derek Lee served as the assistant treasurer from August 25, 2016 onward, and Justin Jones was the Principal Officer.  The Committee remains active and is now known as the United Democratic Club as of the date of this report.

For the period covered by the audit, the Committee received $800,382 in monetary contributions and the Committee did not receive any loans.  The Committee incurred $814,538.61 in campaign expenditures.

Auditors concluded there were three findings with respect to the Committee.

The Committee failed to accurately report the source of two contributions, as required by Government Code Section 84301 and S.F. C&GC Code 1.114.5(c).

The auditors identified that in two instances, contributors reported by the Committee on Schedule A (Monetary Contributions Received) of the campaign statements (Form 460) did not match the names on the Committee’s supporting contribution documentation.

Table 1: Contributions reported inaccurately by the Committee on its public disclosure (Form 460) filing

The Committee failed to send to three contributors of $5,000 or more a major donor notification letter as required by Government Code Section 84105 and S.F. C&GC Code 1.106.

The auditors identified that the Committee failed to send written notifications of potential filing obligations to three contributors who made contributions of $5,000 or more and did not have recipient committee identification numbers by the Secretary of State in 2016.

Table 2 lists the three contributors who contributed $5,000 or more to whom the Committee failed to send major donor notice letter:

The Committee made a cash payment of one hundred dollars ($100) and therefore failed to comply with the prohibition on cash expenditures of $100 or more established by Government Code Section 84300(b).

Government Code §84300(b) provides that no expenditure of one hundred ($100) or more shall be made in cash.

The auditors identified that the Committee made a cash payment of $100 to one of its vendors at a fundraising event on June 2, 2016.

The Committee provided the following responses to the findings contained in this Audit:

“The true source of funds for this contribution was the SF Association of Realtors (SFAR). The contribution was made via an online contribution portal, which does not permit entering an non-individual’s name on the contribution form. As a result, Jay Cheng, an officer of the organization, had to enter his own name in order to complete the contribution from the Realtors to the Committee. Officers of the Club were expecting a donation from SFAR, and thus the donation was misattributed properly to SFAR when it was received. Note that the billing address provided, 301 Grove St, is the address of SFAR.”

Auditors reviewed campaign finance disclosure on the California Secretary of State website and determined that California Charter Schools Association Advocates Independent Expenditure Committee (FPPC ID 1339522) contributed $19,999 to the Committee on November 1, 2016.  The Parent Teacher Alliance (FPPC ID 1367043) did not make contributions to the Committee in 2016.  Such disclosure is available for viewing at http://cal-access.sos.ca.gov/.

“The Committee does not dispute the fact that a cash payment of $100 was made.  This was an oversight by the Committee’s board members, and corrective action was taken to ensure that this would not happen again.  However, the Committee would like to point out that this was a $100 mistake out of a larger picture, which the Committee freely reported and takes responsibility for.” 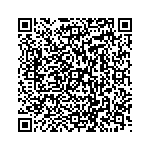 Scan the QR code with a mobile device camera to access the latest version of this document online:
https://sfethics.org/ethics/2019/08/san-francisco-ethics-commission-audit-report-robert-f-kennedy-democratic-club-supporting-philhour-and-safai-for-supervisor-2016-sponsored-and-major-funding-by-progress-san-francisco-fppc-id13833.html