Chair Daina Chiu called the meeting to order at 2:01 pm.

COMMISSION MEMBERS PRESENT: With Chair Daina Chiu, Vice-Chair Noreen Ambrose, and Commission Members Fern M. Smith and Lateef Gray in attendance, a quorum was present. Commissioner Yvonne Lee was not in attendance and had an excused absence.

Tyler Field, Information Systems Engineer introduced the item and presented a brief overview of campaign finance deadlines and new tools the Commission has made available on its website to enable improved public information about the disclosures made on those filings. He noted that previously the Commission’s data dashboards reflected disclosures reported by committees on their campaign statements retrospectively. As a result, data reported may not provide the most current snapshot of a committee’s activities.

Field noted that the campaign finance dashboards now show data disclosed in a way that includes data from various “late” reports filed prior to an election. He described that funds raised and expenditures made are now updated to reflect a new “Running Sums” tab. Another new tool enables viewing of an “Estimated Cash Balance” of committees, which illustrates both funds received and expenses accrued. A new “Top 10 Occupations of Contributors per Committee” is also available, as is “Top 10 Employers of Contributors per Committee.”

Chair Chiu asked to clarify un-itemized contributions, and Field responded that they are the cumulative total of all contributions of under $100 that are not required to be detailed on a disclosure statement.

Field illustrated that new geographic mapping tools are also in development this year, for example to enable district-based searches, which would be in addition to the current ability to map itemized contributors by zip code.  Links to committee advertisements to enable the public to view those ads directly are also in development. Chair Chiu asked Field to illustrate the geographic mapping feature using Proposition C on the November 2019 ballot to show how images of a committee’s campaign contribution activities can be viewed.

Field also described the outreach planned on use of these tools, including to members of the press and expansion of briefings to other audiences, as well.

Chair Chiu noted these tools are a quantum leap forward for public accessibility and understanding and asked for continued briefings by staff to showcase this work, including ongoing updates about the outreach efforts being pursued.

Ellen Lee Zhou stated she is concerned about the single-party nature of San Francisco politics and that whatever Ethics staff and volunteers do, it is unlawful, because the US Constitution states that we have a republican form of government, whereas for 45 years only democrats have held office in San Francisco. She stated she was challenging the Ethics Commission members and Staff to pursue rather than contribute to corruption in City government.

Senior Policy and Legislative Affairs Counsel Pat Ford presented the item and reported on key updates on ongoing projects. He noted that on October 4 the Mayor signed the public financing ordinance, and that it is slated to become operative on January 1, 2020. He added that division leads in the office are coordinating to ensure a smooth rollout of the new law’s implementation.

On the Form 700 e-filing project, Ford reported that November 6 is tentatively planned for a meeting with employee bargaining units to discuss the project scope and ensure they are fully a part of the process. He said he anticipated many unions may wish to engage on the issue. In response to questions from the Chair, Ford reported there is no time frame by which these meetings must occur and there could be several such meetings to complete the meet and confer process. Chair Chiu offered to assist on behalf of the Commission and asked that the Staff keep the Commission informed about ongoing developments.

Ford also noted the initiation of a training he recently designed to provide City employees and officials with information about their ethics duties under the law. Following the recent Mayor’s Department Head meeting at which several department heads requested briefings, Ford and Principal Program Manager for Engagement & Compliance Rachel Gage conducted a session on October 16 for the Contract Monitoring Division of the Office of Contract Administration.  Additional sessions are in the planning stages. Chair Chiu asked that the Commission be kept informed about the kinds of questions are that are typically received at such sessions.

No other public comment was received and no action was taken on the item.

Chair Chiu noted that the briefing planned for today’s meeting on the Commission’s jurisdiction on whistleblower protections was continued to the November Commission meeting. At that time, Commissioner Lee also will be in attendance and able to participate in the discussion.

Director of Enforcement & Legal Affairs Jeff Pierce presented the Enforcement Report. He noted the caseload data continues to show a downward trend in the timeframes in which cases are being resolved. Chair Chiu asked about whether there is typically an increase in complaints received during an election season. Pierce responded that is typically the case, but that he had not run the numbers to offer a precise answer. However, he noted anecdotally that it could be the case that the number of hotly contested races also contributes to the spike in cases in the period just prior to an election.

Pierce also reviewed information about the Fines Collection process and referrals to the Bureau of Delinquent Revenues (Bureau) detailed in the Staff report, including an example of a debtor referred by the Commission that had defaulted on its payment plan and later sought to renegotiate a more favorable penalty with Commission Staff. Staff directed the debtor to engage directly with the Bureau.

Chair Chiu asked whether it is prohibited or permitted for the Commission to take up the matter after referral to the Bureau. Deputy City Attorney Shen stated that the Commission could participate in discussions between the Bureau and the debtor. Vice-Chair Ambrose asked whether the statute of limitations for the debtor to seek a writ or judicial review of the penalty or whether the debtor, in agreeing to the penalty, had committed to a contract with the City that waives their right to challenge the appropriateness of the fine. Pierce stated that he believed that the statute of limitations to writ the City is 30 days, and that the debtor was past that deadline in this instance. He further stated that he did not know whether the Bureau considers a payment plan to constitute a contract, but that it was plausible that a debtor could be considered to have breached its obligations under such a contract.

Commissioner Gray noted that the Enforcement Report indicated that one debtor had refused to pay and asked in what form that refusal had been communicated. Pierce stated that the refusal had been conveyed to the Bureau and not to the Commission. Commissioner Gray asked in what form a promise to pay might be communicated. Pierce responded that he understood negotiations to be conducted informally, either by email or over the phone, and offered to confirm with the Bureau.

In further discussion about whether the Commission may or should re-negotiate or revisit unpaid debts after referral to the Bureau, Vice-Chair Ambrose noted that if a payment plan is a contract then it represents an account receivable to the City, and that if it were considered a contract then the City’s Administrative Code contains provisions that may govern how the contract may be handled.

No public comment was received and no action was taken on the item as it was provided for informational purposes only.

Executive Director LeeAnn Pelham highlighted that the October report included written details of recent staff news she had announced at the September meeting. She added that Arnoldo Calderon, Senior Systems Business Analyst with the Electronic Disclosure and Data Analysis team, had decided to take a position in the private sector and his last day in the office was October 11.

No public comment was received. No action was taken on the item as it was provided for informational purposes only.

9. Discussion and possible action on items for future meetings.

Vice Chair Ambrose moved to adjourn the meeting and Commissioner Smith seconded the motion. The motion was adopted unanimously 4-0.

Motion 191018-02 (Ambrose/Smith): Moved, seconded and unanimously adopted that the Commission adjourn the meeting.

The Commission adjourned at 3:01 pm. 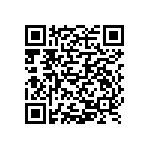 Scan the QR code with a mobile device camera to access the latest version of this document online:
https://sfethics.org/ethics/2019/11/minutes-october-18-2019.html