(Note: This item appears beginning at the 00:04:10 mark in the video recording at SFGovTv.)

Chair Noreen Ambrose convened the meeting at 9:36 am and stated that the meeting is being held by Teleconference Pursuant to the Governor’s Executive Order N-29-20 and the Twelfth Supplement to Mayoral Proclamation Declaring the Existence of a Local Emergency Dated February 25, 2020. Online Meeting Moderator Ronald Contreraz summarized procedures for remote participation by members of the public.

(Note: This item appears beginning at the 00:06:07 mark in the video recording at SFGovTv.)

(Note: This item appears beginning at the 00:12:56 mark in the video recording at SFGovTv.)

Staff evaluated whether the technical difficulties perceived during public comment were at the Commission’s end or the caller’s end. Commission Director of Technology Services Steven Massey called in to the meeting and successfully offered comment. The Commission then proceeded with public comment.

(Note: This item appears beginning at the 00:24:28 mark in the video recording at SFGovTv.)

Mark de la Rosa, Acting Director of Audits from the Controller’s City Services Auditor Division, presented the second of the Controller’s preliminary assessments in its Public Integrity Review. De la Rosa explained that the emphasis of this assessment concerned non-city accounts such as “friends of” groups that raise money and make expenditures in support of City departments and employees. The assessment specifically examined the Parks Alliance, a non-city organization that has provided financial support to Public Works via four subaccounts that underwrote expenses for departmental programs.

De la Rosa described their findings regarding inappropriate fundraising, including through behested payments, noting that prior to the Mayor’s recent Executive Directive department heads were not required to disclose their behests. De la Rosa reviewed the recommendations his office had made in relation to this fundraising, including that behested payment reporting requirements apply to department heads, that contributions made to non-city accounts that support city purposes be subject to the gifts to agencies provisions of the Administrative Code, and that anonymous donations to such non-city accounts be prohibited as the Sunshine Ordinance prohibits anonymous donations directly to City departments.

Chair Ambrose wondered whether amending the Sunshine Ordinance might be difficult because it was adopted by ballot measure.

Commissioner Bush suggested that Statements of Incompatible Activities might be amended, noted several other entities that had raised money for City purposes not covered by the report, including the America’s Cup, and asked whether it might review those as well. De la Rosa responded that their review had been narrow in scope.

Commissioner Chiu asked de la Rosa to comment further on a finding from the prior report regarding “tone at the top,” and requested that the report offer recommendations on that issue. De la Rosa confirmed that his office would continue to assess the issue and offer specific recommendations in its final report.

Todd Rydstrom, Deputy Controller, stated that he welcomed the input and noted that this is only the second of several assessments.

De la Rosa emphasized the role that an MOU would play in formalizing the relationship between City departments and non-city accounts, including that an MOU might empower the CON to audit those organizations.

De la Rosa provided an overview of his office’s next steps, including that it would review the procurement process at the Airport Commission, evaluate the debarment process of City contractors, and other items.

Derek Kerr identified himself as a whistleblower and stated that several questions have not been addressed by these reports, including why whistleblowers go to the FBI for investigation when three City departments receive complaints on public corruption. Kerr stated that the Whistleblower Program, the City Attorney’s Public Integrity Unit, and the Ethics Commission review complaints going back five years to examine whether any of those might have alerted the City to this problem. He further requested that these departments do a better job investigating complaints, including retaliation complaints.

Chair Ambrose stated that the Commission had invited the Whistleblower Program to present its annual report at the November meeting.

Commissioner Bush stated that the Commission should adopt a private right of action for ethics violations to incentivize private enforcement.

(Note: This item appears beginning at the 01:44:46 mark in the video recording at SFGovTv.)

Senior Policy and Legislative Affairs Counsel Pat Ford presented the Staff Policy Report. Ford noted that he would continue to review the Controller’s assessments to ensure that we understand the recommendations.

Chair Ambrose reiterated that only two commissioners can participate at a time for Brown Act purposes. Commissioners engaged in discussion about who would join which meeting.

Ford noted that there is pending legislation from Supervisors Haney and Peskin regarding amending behested payment reporting and to prohibit department heads from soliciting certain kinds of behested payments.

Commissioner Chiu asked whether the legislative timeline would permit comments from the Ethics Commission. Ford stated he lacked clarity on what that timeline entailed. He further stated that the City Attorney’s Office has a view that this legislation can be adopted without a vote from the Commission.

Chair Ambrose noted that even if the Commission does not vote it might make recommendations. DCA Maldonado confirmed that the legislation was on a 30-day hold such that the Commission should have time to review it.

Commissioner Bush sought clarification about whether Commissioners could circulate their views over email even if that would become public. DCA Maldonado responded that doing so would violate the Brown Act.

Commissioners engaged in further discussion about the legislative process.

No action was taken as it was provided for informational purposes only.

(Note: This item appears beginning at the 02:06:19 mark in the video recording at SFGovTv.)

Enforcement Director Jeff Pierce described the contents of the Staff Enforcement Report. Pierce said that the Enforcement Division is continuing to work on its Streamlined Penalty Policy. Staff are reviewing the California Fair Political Practices Commission’s similar policy as an example. Staff plans to present drafts of the policy to interested persons by the end of the year.

Commissioner Bush asked about instances in which complaints are referred to other City departments. Bush also asked about the FPPC’s online disclaimer complaint system.

Pierce said that City law sets forth which agencies have jurisdictions over various types of complaints, and any perceived issues with the division of jurisdiction would require legislative action. Pierce said that the Enforcement Division already accepts disclaimer complaints via email. Any arrangement with the FPPC to use the FPPC’s complaint system would require a formal agreement. Disclaimers may be able to be handled in a faster manner under the forthcoming streamlined penalty policy.

Pierce explained the new section of the Enforcement Report containing information about complaints referred to the City Attorney and District Attorney pursuant to requirements in the City Charter.

Chair Ambrose said that there are special circumstances surrounding investigations of City employees. This and other considerations must be considered when dividing responsibility between City agencies.

Commissioner Bush requested that there be an executive session to discuss the topic of complaints being referred to the City attorney and District Attorney.

Chair Ambrose requested that DCA Maldonado discuss with Director Pelham whether such an executive session could be held under public meeting laws.

No action was taken as it was provided for informational purposes only.

(Note: This item appears beginning at the 02:48:42 mark in the video recording at SFGovTv.)

Director Pelham presented the report. She highlighted the discussion around behested payments, noting that the Commission had created a process for department heads to file consistent with the Mayor’s Executive Directive.

Pelham noted that all candidates who submitted a qualifying request for public financing have qualified. She noted that she had issued a revised eligibility determination for one candidate who had appealed a prior negative determination.

Pelham noted that this month’s report includes a hiring plan with a list detailing the hiring process.

She directed Commissioners and the public to the Commission’s webpage which now features final audits for 13 out of 14 of publicly financed candidates from 2018.

Pelham stated that ten individuals have yet to file statements required under City law and that those individuals may be referred to enforcement for appropriate follow up.

Commissioner Bush asked what impact controversies at DHR might have on Ethics. Pelham expressed her optimism that the DHR staff providing support to the Commission would be able to move the hiring process forward.

Commissioner Bush expressed concern that prior job announcements have not always been circulated outside San Francisco. Pelham stated that the Commission’s general practice has been to circulate announcements for 21 days and as broadly as possible.

Chair Ambrose asked if the Mayor’s Executive Directive requiring department heads to disclose behested payments applies to designees to whom a department head might delegate responsibility for solicitation. Pelham stated she would provide that feedback to the Mayor’s Office. Chair Ambrose stated that the City should spend time discovering how best to facilitate charitable giving to the City.

No action was taken as the item was for informational purposes only.

Commissioner Chiu departed the meeting during Item 8 at approximately 12:30pm.

(Note: This item appears beginning at the 03:08:44 minute mark in the video recording at SFGovTv.)

Chair Ambrose agreed that it may be useful to examine the article in relation to the policy project to review the Conflict of Interest Code.

No action was taken.

(Note: This item appears beginning at the 03:39:54 minute mark in the video recording at SFGovTv.)

No action was taken.

(Note: This item appears beginning at the 03:14:18 minute mark in the video recording at SFGovTv.) 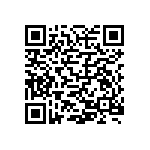